Leaving windows open presents a security risk – especially on the ground floor. That’s why many people turn to shutters – see DIY plantation shutters for more information. But adding shutters to your home is something that comes later. We first need to know the things to look for and the questions to ask when purchasing a home in Australia, because the climate should not be overlooked.

The average maximum temperature in Australia is 29 degrees Celsius (that’s 84 degrees Fahrenheit). In winter, that dips to an average of 16 degrees Celsius (around 60 degrees Fahrenheit). What does all this mean? It means that even in Australia’s more chilly moments, it’s still warmer than the average yearly temperatures in London, Vienna, and Zurich – you have to head further south than Austria and Switzerland in Europe to find average yearly temperatures that outstrip Australia’s average winter heat (like Barcelona, Athens, and Lisbon).

The point is that whereas almost the entire continent of Europe may find that they prefer to take the sun into consideration when moving house in terms of using the sun to heat their home, considerations for Australian property buying is significantly different thanks to high temperatures and heatwaves. Speak to your realtor about how the sun tracks in the sky – you don’t want a bedroom too hot to sleep in!

The position of the windows

Ventilation is a science. You may think that simply opening a window is enough to create a draft and introduce a little cool air into your home. You’d be wrong. You may think that opening two windows to create cross ventilation is a bright idea. And while you’re on the right track, you’re not quite there. There’s some fancy science involved with airflow that’s a little difficult to understand but basically the two windows must be roughly equal in size for air to flow in and out with ease, creating the desired drafty effect. Where one window is bigger than the other, air pressures will fail to balance, meaning the air will stop flowing anywhere near as well as if the windows were the same size. If you really think about it, it makes sense (the air that comes in through a large hole can’t exit through a smaller hole at the same rate). Always check that the position and size of the windows will allow you to cool your home.

Air stacking – vents where you need them

Before buying a property in sun-baked Australia, check that you have ventilation at the highest parts of the building. This could include skylights, vents, or high level windows. Why? As we all learned in school, hot air rises. Where this air has nowhere to go, it begins to stack, filling your home from the top down with stacked layers of warm air. Ask about ceiling or high level ventilation at the property before you have over a single dollar.

Popular Word Games To Play With Your Friends

5 Benefits Of Headphones In The Classroom

Unique style, privacy and easy ventilation; Plantation shutters are equipped for all the requirements you are looking for. Designed and manufactured to fit any window and size, these shutters mount indoors and can complement traditional and contemporary window covering styles for that sense of isolation. 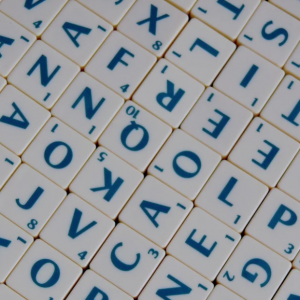 Popular Word Games To Play With Your Friends

With considerable periods now being spent indoors as a consequence of global restrictions imposed to prevent further spread...
© Onya Magazine 2009 - 2021
Back to top