Is Soccer A Growing Sport In Australia?

Throughout the world, soccer is widely considered as one of the largest and most popular sports. However, while it may be reaching new heights in certain parts of the globe, soccer itself has never historically been at the forefront of Australian sports. Although that has largely been the case, many soccer stars from Down Under have found themselves playing in some of the greatest leagues in the world including the top divisions in both England and Spain as they look to put Australian soccer on the map. Furthermore, with the A-League expanding to welcome two new teams by 2020, the sport only appears to be going in one direction.

Making Their Mark in the World of Soccer

Australians are extremely passionate fans, and with many of their players finding their feet not only at the top level of domestic soccer but also on an international level, the scope for the sport’s growth has never been greater. In recent years, some of the biggest stars of the men’s national team have flourished in England’s top league. Players such as Aaron Mooy, Harry Kewell, Mark Viduka, Mathew Ryan, Tim Cahill, and many more, have all been instrumental in building the reputation of soccer in Australia. Additionally, the recent efforts of the women’s national team at the latest FIFA Women’s World Cup have not only helped to develop the interest of soccer in Australia, but also the women’s game worldwide.

The Impact of Marketing

Across numerous industries in the modern era, advertising and marketing have become more important than ever before. As many platforms have now become digital, the ability to market Australian sports, including soccer, to supporters in a way that seeks to involve them has become central to the future of the game. Mobile betting, in particular, is growing increasingly vital to the future development of a wide array of sports within Australia, with fans now able to easily check for the sportsbook of the month in their desire to get involved in many of best sports betting offers and promotions that are available.

What the Future Holds

With discussions already underway for the hosting of future World Cup tournaments, reports suggest that Australia and Indonesia are already exploring the possibility of a joint bid to host the competition in 2034. Australia have long held a desire to host the World Cup and have also made a move to host the Women’s World Cup in 2023. While there are no guarantees that the bids will be accepted, Australia’s longing to bring global international soccer into the country demonstrates how substantially the sport has grown among many of the local supporters.

Ultimately, soccer within Australia is only likely to increase in popularity in the coming years following the successes of many of the country’s athletes in both domestic and international soccer. Moreover, with the official bids being placed to host both the 2023 Women’s World Cup and the 2034 World Cup, there is no doubt that the demand for the sport is on the rise.

Public and Private Health Insurance: Which Decision Is Right For You 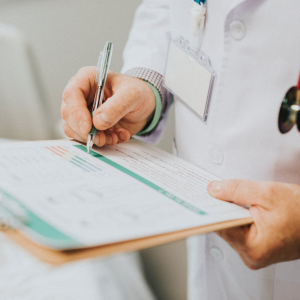 Public and Private Health Insurance: Which Decision Is Right For You

When it comes to health insurance you must find the one that fit your best. Whether you’re single or married or have...
© Onya Magazine 2009 - 2020
Back to top