Why Do Men Play More Poker Than Women?

No other card game comes even remotely close to the popularity of poker, with Texas hold‘em being the most played variety. Enjoyed by millions of players from all over the world, it has gained further traction since Internet casinos came along. Casual and professional punters play poker on a daily basis and both women and men have fun at real and virtual money tables. One question that frequently comes to mind is why do men play more poker than women and what are the odds of a trend reversal in the future?

Gambling used to be an activity for men

People have enjoyed gambling in all its forms well before land-based and online casinos came along. However, when the first establishments opened their doors to the general audience, the overwhelming majority of players were men. Several factors were at play, including the fact that women had fewer rights, the bad images conjured by gambling and other social misconceptions. Eventually, equality between genders was restored and gambling lost its bad rap, but that was not enough to reverse the trend.

Over the years, more women have tried their luck in online casinos, yet most of the new players were still men. In popular culture and especially in some countries, gambling is still regarded as a somewhat risky and dangerous activity and all new casino sites must always be well researched. This doesn’t have to do it exclusively with the odds of losing the stakes, but also taking other chances that are more difficult to identify. In modern societies however, things are slowly but surely changing and in a not so distant future, we might have a level playing field.

Poker is the most competitive card game

The main reason for why poker is played by more people than any other card game has to do with its competitive nature. In this regard, it’s pretty obvious why men play more poker than women, since they are predisposed to assert dominance and don’t mind taking chances. In the secure gambling environment of online casinos, the risks have to do exclusively with losing the stakes. The worst-case scenario is to lose the entire bankroll, something that can be avoided with proper bankroll management.

Many men also regard a poker night as one of the best ways to get together with friends for some late, yet convenient entertainment. It is easy to set up the stage for a long poker session and a minimum investment is needed. This makes poker nights ideal for casual players, but they also provide the perfect environment for ambitious players to hone their skills. The good news is that not only men, but also women find pleasure in spending an evening around the poker table.

The ultimate incentive for playing any competitive game is the success of others. Since the vast majority of professional poker players are men, it is only natural for more of the new adopters to also be men. While the odds of meeting a male opponent at high-stakes poker tables are higher than facing a female, women players are just as talented. It would be a grave error to underestimate women poker players, regardless of the stakes and those who commit this mistake are almost certain to pay the price.

Compact Considerations: The Benefits Of Driving A Small SUV 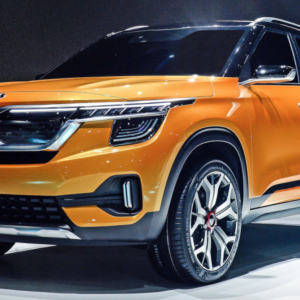 Compact Considerations: The Benefits Of Driving A Small SUV

The small SUV, sometimes referred to as a “crossover” or “compact SUV”, has quickly become one of the most popular...
© Onya Magazine 2009 - 2020
Back to top