Things To Do On A Guys Night In…

Spending Saturday night indoors isn’t exactly a dream scenario for guys seeking entertainment, but it doesn’t necessarily have to be that way. There are plenty of fun things to do without leaving home, as long as you have the right crowd and a good idea. When time is of the essence and you don’t have the energy, resources and willingness to prepare something fancy, a good-old home game of poker can be an excellent solution. It can be arranged with virtually no planning and the guys can get together quickly, to have fun for a couple of hours all throughout the night.

The Recipe For A Fun Home Game Poker

Withouta shred of a doubt, Texas hold‘em is the most exciting version of poker and the best choice for a home game. Competitive by nature, easy to learn and difficult to master, it is a game that is guaranteed to keep players at the edge of their seats for hours to come. Choosing the game is a no-brainer but the choice between a cash game and a tournament requires a little bit of thinking and we discuss the pros and cons.Tournaments are a Risk-Free Solution

Tournaments Are A Risk-Free Solution

The main reason for why people choose tournaments when hosting poker home games is that the odds of losing significant sums are slim to none. Players pay the buy-in for the tournament and if they suffer an untimely elimination, they can rebuy and get back in the fray. Even if you are terribly unlucky or not that good at playing poker, you can’t lose more than a few buy-ins per night. This is the main reason for why tournaments are preferred when poker is played among friends, to prevent the risk of losing big amounts.

On the other hand, the main shortcoming when playing tournaments is that players risk spending a lot of time on the side. Those who are eliminated early and fail to make the most of the rebuy will have to wait for the tournament to conclude or they can play on some free casino games on recommended slot sites on their mobile while waiting. It can be a bit boring to watch your friends play, but at least poker etiquette at home games is more flexible and it is acceptable to chat and the table. It is advisable that the last two players split the prize pool based on the chip count, for a new tournament to start sooner.

When friends of similar proficiency get together for a game of poker, cash games are the ultimate test of skill.Action never runs out and players who lose their initial steps are not eliminated, as they can rebuy over and over again. The advantage is that everyone stays in the game throughout the poker night, but there’s a real risk of unlucky or weaker players losing large amounts. To mitigate them, it’s recommended to play at lower stakes than normally and even consider the possibility of pot limitTexas hold‘em.

Frank's Cafe Is Stepping Up Their Summer Food Game 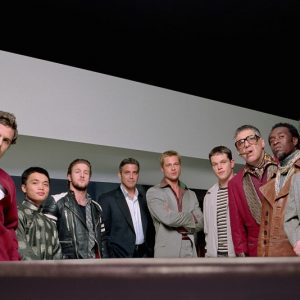 Casinos always radiate an emotion that is larger than life. With their glitz and makeover stories, they make a perfect...
© Onya Magazine 2009 - 2020
Back to top