Not many kids growing up in the 1950s in Broadmeadows, in Melbourne’s outer northern suburbs, dreamed of becoming a dairy farmer.

Not many teenagers who get told on their first farm job that they’ll never be a dairy farmer end up making a lifetime career out of it.

Today Julian encourages young people to follow their love of the land and introduces tourists from around the world to the wonders of dairy farming.

As a farmer who still loves to “get my hands dirty” in the dairy shed and as the owner with wife Dianne of cheese manufacturing tourist attraction Apostle Whey Cheese near the Great Ocean Road, Julian is one of the dairy industry’s survivors and innovators.

Julian and Dianne’s adoption of practice change and passion for growing the dairy industry led to their success in the inaugural Improved Farm Performance award at this year’s Great South West Dairy Awards.

The award caps off a 40-year career in dairying that shows no sign of slowing.

Julian and Dianne now farm with their son Luke, milking a herd of 250 Jerseys and Friesians and running their shop and cheesemaking enterprise.

Julian was introduced to dairying through his sharefarming uncle in Gippsland.

“I would go there for my holidays and the love of nature and the challenges that dairy presents came from that.

“And my auntie was rapt because she could get a break from milking cows.”

From as young as eight Julian dreamed of owning a farm.

“Mother Nature changes the season on you, the powers that be change the prices…I find it a very challenging and rewarding industry,” he said.

After achieving a Diploma of Agricultural Science at Dookie in 1967-69, Julian worked in New Guinea for nine months and then with his carpenter father.

“He reckons I was the worst person he’d even seen with a hammer in his hand,” Julian joked.

He later sold insurance and worked on oil rigs but wasn’t happy.

“What I really loved was milking cows,” he said.

He secured a job on a farm in Gippsland but it wasn’t an auspicious start.

“After a month the lady there told me I’d never make a dairy farmer and all I was good at was washing out milk vats. That was the most incentive I’ve ever had.”

He worked on other farms before being offered a sharefarming position. Julian and his new wife Dianne bought their initial herd of 65 cows in 1975.

Soon after milk and cow prices plunged but instead of cutting their losses the Bensons bought more cheap cows.

“This was something I wanted to do all my life. I wasn’t going to cut and run. There’s always a silver lining. We were able to buy milking heifers for $20 that paid for themselves in a month.”

The Bensons won a farm encouragement award in the late 1970s which helped them to access funds to buy a farm near Port Campbell in 1981.

Julian’s uncle had introduced him to the Heytesbury Settlement when he was a youngster.

“It had a bit of romance to it,” he said. “They were giving young people an opportunity to end up on their own patch of dirt and I felt some sort of affinity with the Heytesbury Settlement.”

Today in their Apostle Whey shop, the Bensons display a history of the Heytesbury Settlement, including a map of the original owners.

At the time, the 73-hectare farm had a major erosion problem, virtually no water or trees, and low fertility.

The Bensons set about working with nature, not against it, to get the farm up to scratch.

Their main priority was to split paddocks to control grazing management. In the first 12 months the erosion problem was fenced off, trees planted, water troughs added and fertility increased.

Shelter belts on fence lines and the north-west boundary were helpful.

“They keep the cows warm in winter and cooler in summer and therefore they don’t use as much energy and put more in the vat. They stop the chill factor across the ground so you grow more grass and they keep native wildlife and birds so they clean up the insects and pests,” he said. 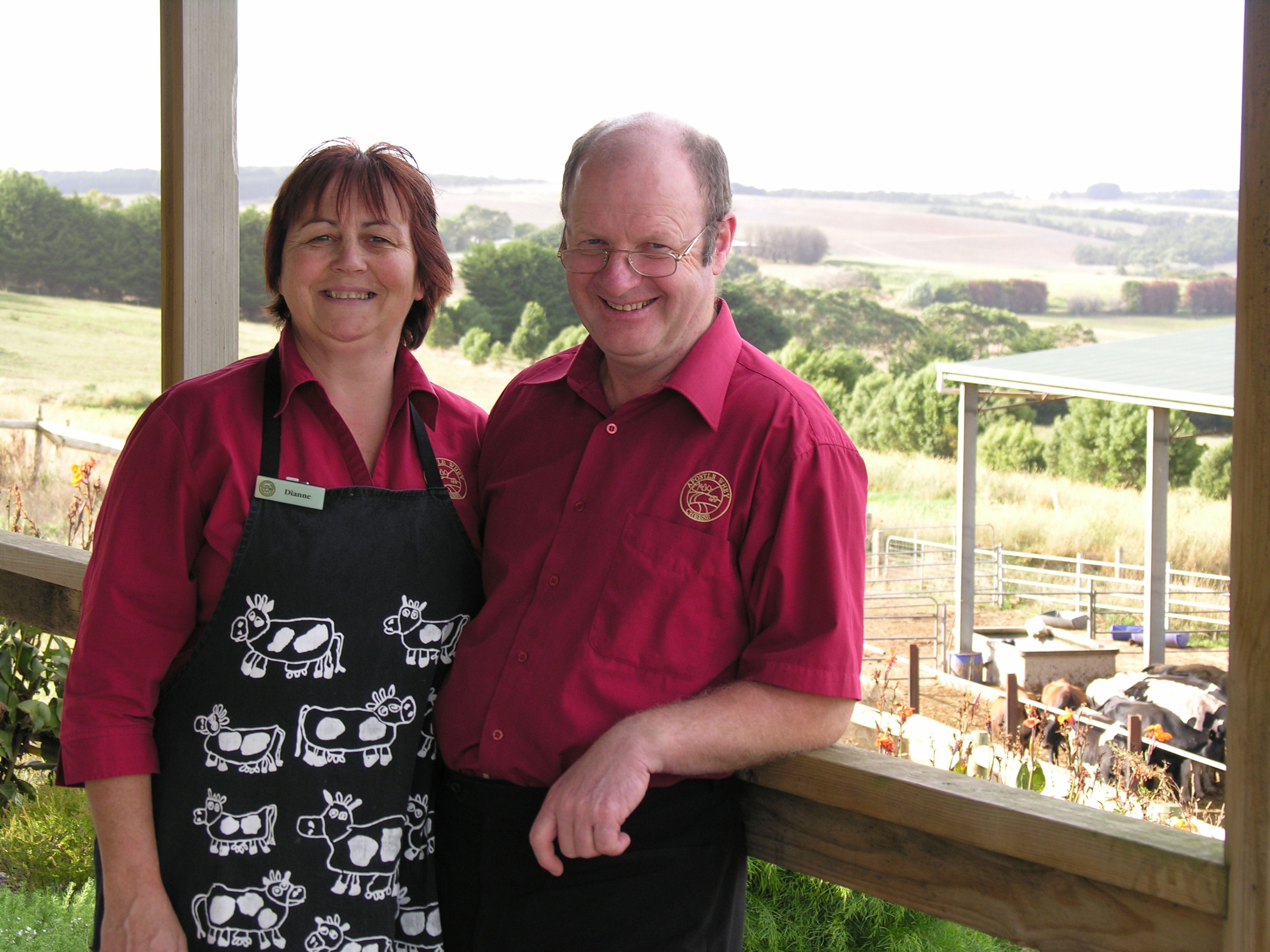 The drought of 2002-03 led to grain and hay prices doubling and milk prices being halved.

Just 17 km from the 12 Apostles, the Bensons were already attracting tourists to see cows being milked.

“Dianne said we should be doing something about these people. We saw an item on Landline about hobby farmers in Queensland making cheese so we decided to find out if we could do it and if we’d like it,” Julian said.

They did and continue today to share their passion and cheeses with tourists and city visitors.

“Without Dianne’s support and encouragement and great work ethic we wouldn’t be where we are today,” Julian added. “We’re a team.”

“We get people from all over the world. I tell them about how we get the milk and what we do with it. It opens their minds to the possibilities of what farming does,” Julian said.

“I teach them how to milk cows and talk about how the environment and farming go hand in hand. I start off by showing a photo of what our farm looked like when we first came here and it was completely bare.”

Students can start in the morning with a glass of milk for their breakfast while a group at the end of the day can see the cows being milked.

Julian hopes his passion rubs off and that others are encouraged by the Legendairy communication initiative to reposition dairy in the community.

“There are too many people in the city who don’t have an appreciation of how farms work or know about the science that goes into farming,” he said.

“It’s a very high-tech industry. It’s not an industry for drop outs. We’re looking for people who are educated and prepared for a challenge and enjoy the lifestyle.”

Julian’s niece from Melbourne has been coming to the farm since she was a toddler, just as Julian did to his uncle. She is now studying veterinary science.

“I’d like to think some of that is from her holidays here and that she was around animals,” he said.

In the meantime, Julian, 65, continues to milk when Luke is on weekends off or on holidays.

“That’s still my main passion, I love the farming,” he said. 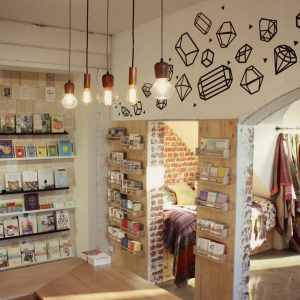 On a long, grey and busy industrial Fitzroy Street, the new Super Cool Emporium brings a welcome kaleidoscope of colour....
© Onya Magazine 2009 - 2021
Back to top