Civitavecchia is a city located in the province of Rome, in the heart of Etruria. The walled city also has a fortress. It is known as the sea port of Rome, from which it is about 80 kilometers. Civitavecchia is an architectural jewel and is an important commercial and strategic center, also at a tourist level since it is embedded in the great routes and cruises through the Mediterranean.

If you stop, you can reach or depart from the cruise port of Civitavecchia, you can take advantage of some of its interesting tourist resources such as its valuable Nazionale Museum, its main square with the cathedral dedicated to San Francesco. It is also interesting to know the Terme Taurine, one of the most impressive theme buildings of the Roman era.

The closest port to Rome is in the city of Civitavecchia, approximately 80 kilometers from the Italian capital. Civitavecchia is the main starting point for Mediterranean cruises and receives daily vessels from the world’s largest cruise companies, such as MSC, Royal Caribbean and Norwegian Cruise Line.

How to get from the Civitavecchia port to Rome Airport

The distance between the port of Civitavecchia and the Fiumicino Rome Airport is 82 kilometers.

The best way to go from Civitavecchia port to Rome Airport is the Cab Roma service.

The most direct and simple option is to hire a transfer that will take you from Civitavecchia to your hotel in Rome without stops. A driver will be waiting for you at the port upon arrival to take you directly to the hotel.Book your transfer to Rome here and leave your arrival in the city resolved.

Hire a Tour and Forget Everything

An ideal option to get to Rome from Civitavecchia is to hire a tour in advance with or without a guided tour of the Eternal City. The most interesting point of these tours is that they take you to Rome and then bring you back to the port to return to your cruise, after visiting the most important tourist monuments. Leave your arrival in Rome resolved and comfortably enjoy the city with a guide to learn everything about this wonderful city:

Bus tour with guided tour: When you arrive in the city of Rome, you will get to know the Vatican and take a panoramic tour by bus and another on foot to discover its main tourist attractions.

Excursion to Rome with transport and guide on board: Unlike the previous tour, in this one you will not have a guide accompanying you to visit the points of interest, you will be the one who organizes and knows the city at each of the bus stops. An equally comfortable option, but without a guide during the walking tour.

Free excursion to Rome: With this tour you will go by bus from the port of Civitavecchia. Once in Rome, you can take the route that best suits you during your free time before returning to the meeting point to take the bus again.

Excursion to Rome by private car: Visit Rome at your own pace. When you arrive at the port, your private and Spanish-speaking driver will be waiting for you and will accompany you all day from 9 am to 4 pm.

The train connects Rome with the city of Civitavecchia and buses from the city train station depart to the port. Since the distances are not long, you can also walk.

There are direct and regional connections between Rome and Civitavecchia. If you take a direct train you will arrive in Rome in 45 minutes for about € 15. However, if you use a regional service it will take approximately one hour and twenty minutes, although the ticket costs only € 5. Trains depart from Civitavecchia to Rome every 20 or 30 minutes.

From the train station you will have to take a CSP bus to the port. The journey takes 10 minutes and costs € 2. You can also do the walking tour, which will take you about 20 minutes, but it depends on how many bags you have, the option may not be very comfortable. 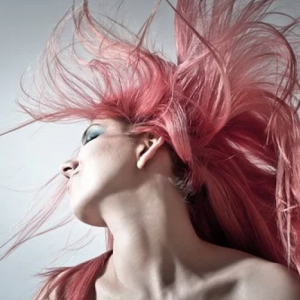 A good hairstyle can make a huge difference in both your work and private life. Having a good hairstyle promotes confidence and...
© Onya Magazine 2009 - 2021
Back to top