An Emerging Pioneer in Fitness and Nutrition﻿

At a time when people need to be more on-the-go and dynamic, it has become more important to have the energy and nutrition to go about on our day-to-day activities. It’s no longer enough to live an active lifestyle as we need to consider supplements and other healthy foods as well. The path to physical fitness and body health is winding and complicated but with the emergence of companies like Herbalife Nutrition, it has become easier to evolved into a better version of you.

A Short Glimpse of Its History

The history of the company dates back to 1980 when entrepreneur Mark Hughes began selling a weight management product right from the trunk of his car. The product was a result of Hughes promise to help people combat unhealthy weight loss routines after losing his mother to it. Throughout the years, the initial product underwent major changes until it became the company’s bread and butter today.

Then in the coming years, the company grew as a brand after making million-dollar deals and partnerships that allowed it to become one of the leading names in health and nutrition. Since it has become a bigger brand, the company was able to sponsor a few sports leagues including the Los Angeles Galaxy and FC Barcelona. It has since expanded its product line as well and it’s safe to say that the company is well on its way into accomplishing its initial goal of changing the way we perceive nutritional habits.

From starting out as a product sold in a trunk, the company was able to rise through the ranks with hard work and dedication. It is a true rag to riches story, but it is far from done as Herbalife Nutrition takes more steps towards helping others achieve their fitness goals.

Changing the World One Town at A Time

The company is slowly but surely transforming the world one small town at a time. Most recently, it has found its way into Coshocton, Ohio. The small town is riddled with fast food restaurants but there were no fitness places to combat the unhealthy diet.

With the help of Dave Byers, an independent distributor of the company’s products, a fitness club called Healthy’s Coshocton was created. Now, the club has changed the lifestyle of Coshocton residents drastically and they are just on the verge of beginning.

The club features people from all walks of life as they try to turn into a healthy lifestyle together. Since starting the club, people have lost weight the proper way: through daily exercise and a mix of amazing supplements under the guidance of Byers and his team.

The fitness club partakes in regular group exercises that cater to everyone. Aside from that, the community strives on complete positivity, making the entire club more successful if helping the citizens reach their life and fitness goals. Citizens in Coshocton can testify to how much their lives have changed ever since Healthy’s was created.

Needless to say, Byers was able to bring new life to Coshocton and it is something that the fitness brand could bring anywhere else. With the company’s line of weight loss products and health supplements, losing weight has never been easier.

The brand continues to inspire and find its way in places across the U.S. In time, it will be able to reach out to countless people globally and when that happens, we can expect to see healthier and more active people on the streets. People should not wait for Herbalife Nutrition to come to them as they should come to it as soon as they can. Thousands have testified for it, and anyone could be a part of that growing family.

Why Change Is Long Overdue For Women In The Workplace 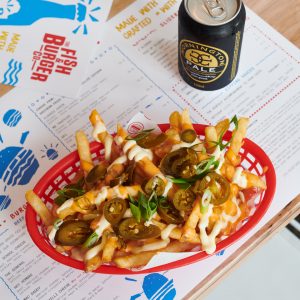