I just got back from the United States. My love affair with the nation has been pretty intense; I have been there a couple of times in the last few years and cannot wait to get back. One of the things I really like about the US is how people reacted, or didn’t react, to the colour of my skin.

Let me explain: I am a brown-skinned young woman whose ancestry is Indian. I have been brought up in New Zealand and have spent all my adult years in Australia. I speak, think and dream in English. I don’t identify myself as an Indian, Kiwi or Australian, but rather as a citizen of the world.

In Australia, from taxi drivers to work colleagues to prospective suitors, one of the very first things I get asked is ‘ Where are you from?’ When I answer with ‘Sydney’, they take it one notch further with ‘No, where are you really from?’

It leaves me feeling offended, infuriated and perplexed because my race is not my only nor my most significant identity, and I would hate to think that the colour of my skin is the most interesting thing about me. Yet, I can never seem to get away from that question. I have often wondered: why is it so important for people to know within the first few minutes of meeting me what my ancestry is?

In America, the locals approached me in a very different manner. The British writer and critic A.A. Gill, in his new book To America with Love, wrote about the way the educated and enlightened class in Europe belittle America ‘for being a big, dumb, fat, belligerent child’. According to Mr Gill, they wrongfully view Americans to be ‘stupid, crass, ignorant, soul-less, naïve oafs without attention, irony, or intellect.’

Like Mr. Gill, I couldn’t disagree more with that perception of Americans.

I found them to be amongst the most warm, generous, and intelligent people I have encountered. And most of them weren’t terribly eager or in a rush to find out about my ancestry. As soon as they heard my hybrid accent, which is more tilted towards an Australian twang, they accepted me without any questions. It didn’t matter whether it was a professional setting, a social gathering, or even on public transportation. People liked or didn’t like me irrespective of my race. It hardly mattered where my grandparents were born or what language they spoke. It was liberating to be treated as an individual rather than be seen as just an extension of my skin colour.

I must admit that most of my time was spent in Washington DC, known for its cultured, highly educated and intellectual society, which would make Sydney or Melbourne its equivalent. But my experiences with people when it comes to race, in both of these Australian cities, have been quite different.

I must stress that I don’t think Australia is racist. But I do think Australians are uncomfortable when it comes to talking about race. There is not a two-way dialogue between the minority communities and the mainstream community that is needed for the successful amalgamation of multicultural Australia. On the one hand, mainstream Anglo-Australia appears scared and super cautious of addressing the race issue for fear of unintentionally causing offence or saying the wrong thing. And on the other, Sydney’s multi-cultural population chooses to live in ethnic enclaves. One only has to look at certain suburbs such as Cabramatta, known from its Vietnamese food and culture, Liverpool, which is home to a large Indian population, or Leichardt, known as little Italy, to see this. 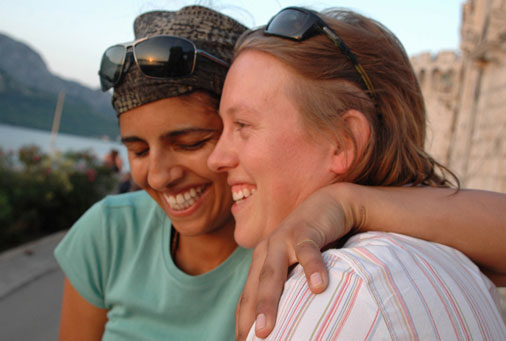 As a child of migrants, I believe the best way for our multi-cultural society to thrive and for racism to diminish is integration, mutual respect and acceptance, which must come from both sides. Until then, the most interesting thing about me will be the colour of my skin. And that would most certainly be a shame.

There is also a trend among some men in Australia that it is in good taste to tell brown women that it is the colour of their skin that they are most attracted to. I recall, a few years ago in Sydney, meeting an educated professional man who is well known in the progressive media circles of metropolitan Sydney. In his attempt to declare his interest in me, he told me that he prefers brown girls and doesn’t much fancy white women. I didn’t think much of it at the time but looking back, I found that type of sentiment rather offensive. Telling someone, man or woman, that you are interested in them because of the colour of their skin is not just insulting – it is racist.

It is true that inter-racial dating and inter-race marriages are much more common in America than in Australia. But that is because America has had a lot more time to evolve into the melting pot it is today. I look forward to the day when I am having a drink at a Sydney bar and am not interrogated about my ancestry in the lame form of a pick-up line. But that day seems all too far away.

Also, I love the image. I watched Determined Love the other night. What an amazing documentary that was about two women in love, who had to fight cultural barriers to be together. Was really eye opening, but was overjoyed at the end that their love prevailed, and that they are living together in London.

Racism is indeed a scourge and plays out even in a country like India where the population is wholly indigenous. Though an unalloyed Indian by ancestry, birth and domicile, I face this issue every now and then in India itself having been born in the east of the country, brought up in north, domiciled in south and now working in the west.

However, whether we like or not, race is a natural identity while most other labels are artificial constructs. For example, I can change my citizenship, religion, profession or even my name and sex, but can never alter the fact that I am a Bengali. So I try not to grudge those attempting to discover who I am by paying attention to my physical features, accent or parentage.

Of course, it is off-putting when I find myself to be the subject of racial profiling, even if the profiler is offering a compliment. But here again, I try not to be more upset than I would be with other profile parameters. For example, the parent of a student in the college I teach may start a conversation saying: “Bengalis are such great intellectuals.” That does irritate me but not more than if they had started with something like: “Teaching is a noble profession.” My question is that profiling could be bad, but is racial profiling worse?

I do concede that compared to other types of profiling racial ones cover larger swaths of people and persist through generations including even the unborn. But that is precisely because race is an indelible feature and therefore running away from it will not help. We should rather desire to live in a world where race is a matter of distinction without discrimination and in that way wish individual countries to be a “salad bowl” rather than a “melting pot.”

Shreya’s last paragraph is absolutely delightful. I do hope though that she does not miss out on people with genuine good taste of appreciating the perfect brown coming out of nature’s kiln.

Thanks everyone for your comments!

Manas Chakravarty: Thank you for your very articulate input! I must say, just for the record, that I never implied that those who ask incessantly about my race are racists. Perhaps impolite and lacking in culture.
I understand where you are coming from though. Race is very important to a lot of people for a lot of good reasons. And I am not running away from it. I just don’t solely identify myself with my Indian heritage which has nothing to do with me being ashamed or uncomfortable with it. It is just that after a certain point, it doesn’t resonate with me. Hence, it is not my natural identity at all. So it’s frustrating when others tend to find the colour of my skin the most interesting bit about me within the first few minutes of meeting me because I certainly don’t think it’s the most significant part of my identity. I understand I am in the minority in feeling this way but it’s great to hear other people’s views on this.

Shreya Sen: I get your point. Those moving through diverse cultures at a very young age perhaps become melting pots in themselves truly enriching the world around and would rightly be peeved when some people insist on looking at them with what I may call a taxidermist’s view.

Perhaps those people are just impolite. Perhaps they are just lacking in culture. Or perhaps they’re genuinely interested, or they’re trying to start a conversation or find some common ground in a city where maybe they don’t quite feel “the norm” either. Because the catch is that I’m just about as “white” as they come. I’m pale with Anglo-Saxon features, blonde hair and blue eyes. The majority of my ancestors arrived in Australia as soon as free settlement was permitted. “Before Australia”, my ancestry is thoroughly British.

And yet in Sydney, moreso than any other Australian city I’ve lived in (Brisbane and Melbourne) I was constantly asked where I was from “before Australia,” by people of all different backgrounds.

It was quite off-putting and confusing at first, but I eventually put it down to the simple fact that so many people who live in Sydney aren’t “from” there, and it’s quite easy to feel “other” – regardless of background or skin colour (or slight Queensland accent!)

CAT: That’s really interesting that you have had the same experience. Maybe it says something about Sydney siders that they are just extremely curious about one’s ethnic origin and/or they can’t think of anything else to talk about. Also a good point you make about a lot of people possible feeling like they aren’t from here and hence wanting to engage others who might feel the same way. Hence, there is a desire to find out why someone looks or sounds a little bit different. Unlike America where patriotism is quite common and seen as a positive thing and people tend to focus more on what makes you American and hence similiar rather than different.
Either way, I am glad you found a way to positive way to cope with it! 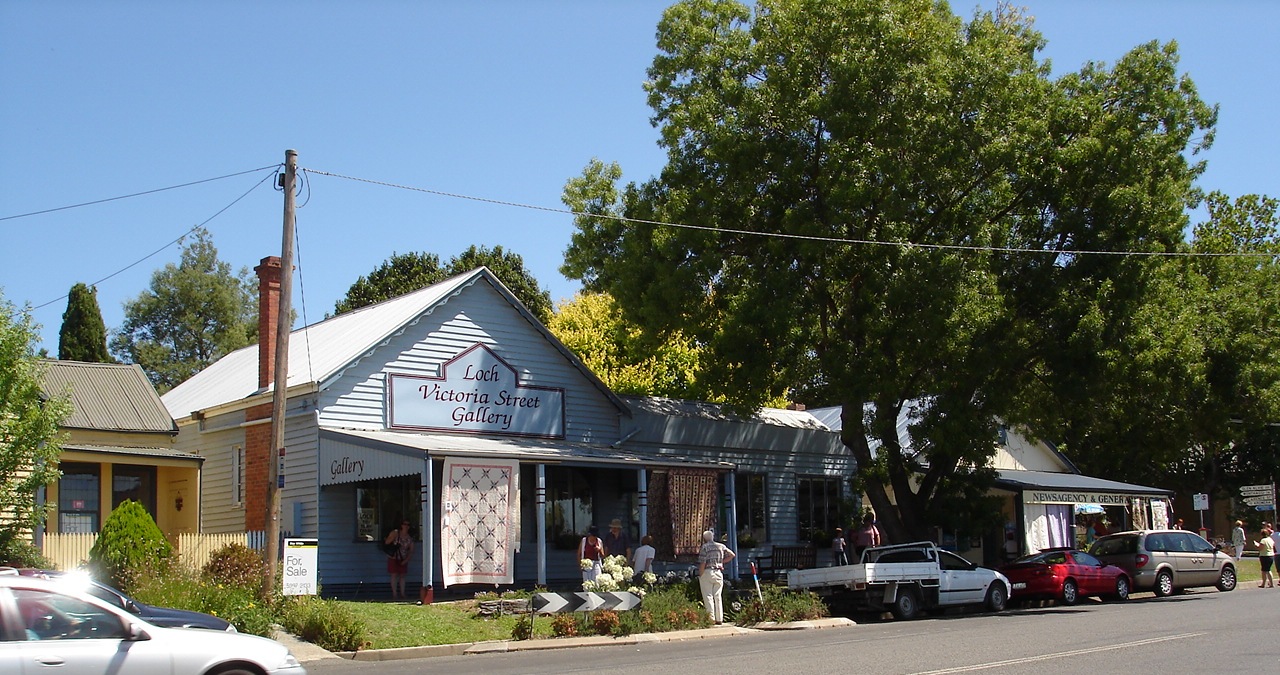 Driving the lengthy South Gippsland Highway towards somewhere better than home is a regular occurrence for many city...
© Onya Magazine 2009 - 2021
Back to top