How Women Are Spiritually Stronger

Many people might wonder what spirituality is and how it differs from gender to gender. Spirituality is more or less a practice done by individuals for a certain purpose. This purpose could create for you self-peace, happiness, or relief. Spirituality develops the idea and sense of belief among people, which creates respect between them as they might differ in their beliefs. As for the other question, “does spirituality differ from gender to gender?”, then the answer is- “yes, it does.” It is believed that women in particular are stronger in spirituality. Let’s go over a couple factors to show you why.

What creates this gender difference in spirituality?

There are various reasons that are known to affect both men and women. It affects men making them not as spiritual as women, and it affects women making them more spiritual than men. It does not have to do with one’s religious affiliation. Several studies have shown that 1/3 of unaffiliated women claimed that god exists while only 23% of the men claimed the same. Also, 1/4 of unaffiliated women pray at least every day while only 15% of men do the same. As the studies and surveys went on trying to know what causes this difference between men and women regarding their spirituality, they have settled for several reasons. These reasons are:

Biological form of the gender

The biology of a man differs from the biology of a woman regarding several contexts. The hormones in a woman’s body is completely different than in a man’s body. Even though some hormones are common, they differ in ratios. Like for instance, the oxytocin hormone which is known to be involved in the feelings of spirituality. The oxytocin hormone is known to be found with a bigger percentage in the female’s’ body than in the males’ body. Patty Van Cappellen, a social psychologist at Duke University, mentioned that oxytocin is one of the biological factors affecting a person’s feeling of spirituality. He mentioned that “Oxytocin appears to be part of the way our bodies support spiritual beliefs.”

Psychology of the gender

It is widely known that women are more affectionate than men. Women are very sensitive and get easily affected by anything due to their psychological creation. That is why women are more likely to be seeking out benefits from their spirituality. As previously mentioned, spirituality is a practice done by an individual that makes him or her have a set of beliefs. These beliefs make the individual feel safer, happier, stress relieved, and so on. Women, being more affectionate, are more likely to look out for what those beliefs bring them. Unlike men, who’s psychological factors of affection are relatively less compared to the women.

Almost everyone talks about the difference between men and women in a different number of topics. They mainly differ in most of the things. One of them is spirituality. Women are known to be more spiritual than men. According to several studies, it has been proved that a higher percentage of women are more spiritual than men. The number of women in religious places is usually known to outweigh the number of men being present there. It is also more common to find more women interested or gifted with becoming a psychic medium. Danyelle Simon is one of the psychic mediums who believes that the spirituality of a human being helps him or her know more answers about the future and find a sense of security.

The family surrounding an individual affects the way he or she is raised. It shapes an individual’s behaviour, moral, cultural values, and most importantly level of spirituality. Most of the surrounding family environments raise their children to look like them with both good and bad aspects. One of these aspects is the spirituality of an individual. As a girl grows up to find her mother very spiritual and affectionate, she will eventually turn out to be as much as her mother is. Same thing goes to a boy, as he grows up finding how average or neutrally spiritual his father is, he will turn out to be just the same as his father is. The thing here is that most of the families raise their children in a way that makes the daughter learn from her mother and the son learn from his father for having the same gender.

Workforce participation of each gender

It is typically known that men control more money and assets than women in most societies.

Therefore, men are stronger economically, politically, and socially than women are. Not to mention the fact that men get to have more freedom and less discrimination than women. Such factors make women feel more vulnerable and this is what makes them become more spiritual than men. They feel that they don’t have much of roles in the society as much as they are concerned with caregiving and nurturing. Thus, women seek more spirituality than men in order to find more comfort, participation, and support.

Sense of security and inner peace

Women have always been discriminated, degraded, and constantly told that they are physically weaker than men. That is mostly why they are always looking for a sense of safety, security, and inner peace. Women find these elements by feeling that they are more spiritually empowered than men. They feel this sense of security when they find this one thing that makes them feel superior to men.

The conduction of several studies and survey taking have concluded that women tend to be stronger spiritually than men are. These five reasons are very important to illustrate how they are so. Both genders are not the same and that is what make them have differences. A spiritually empowered woman has characteristics that the man lacks. She feels more than she thinks unlike a man which is the complete opposite. She is also more passionate than a man is. A woman is also known to have more commitment. Such commitment makes a woman more committed to her spiritual beliefs than a man is. 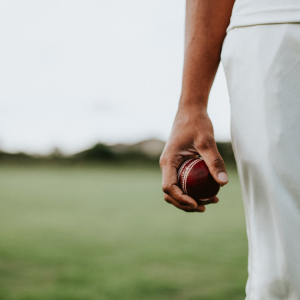 Another cricket world cup is rolling ever closer, and as is always the case, everyone has their own opinions on the front...
© Onya Magazine 2009 - 2020
Back to top