The Most Incredible Man I’ve Ever Met…

A couple of years ago, I interviewed an incredible man – Siegmund Siegreich. Siegmund, or Sigi, is a Holocaust survivor. He was fifteen years old when Germany invaded Poland – when he was placed into a concentration camp. The next six years of his life were spent enduring endless humiliation, beatings, starvation, serous illness, not to mention seeing family members and friends killed, shot, and left for dead right in front of him. When I sat to talk with Sigi, at 88 years of age, the pain of his ordeal – one that he managed to survive – was evident every time he spoke about it. He, along with his wife and two daughters, cried their way through the interview.

It was one of the hardest but most incredibly special moments of my life. Made more so by the fact that Sigi was the biggest gentleman I’ve ever met – he was kind, graceful and intelligent. He was humble and proud and strong.

His book, The Thirty Six, written almost six decades after his time in war-torn Poland, changed my life. I read it almost entirely in one sitting. I cried, nearly threw up, felt rage, felt sadness and felt love. I often think of what I learnt from that book, and I often think of Sigi, and his kind, weathered face, and the love he had for his family.

I thought of Sigi today. As a man who lived through every horror imaginable, I wondered what he’d think of the protests in Canberra yesterday, and the burning of our flag. I wonder what he’d think of so much hate being spouted – from protestors and commentators alike.

Sigi was a man, who was only a boy, when he saw his father die. And his mother. And uncles. And aunts. And cousins. And neighbours. He was a boy who had to sleep through the bitter cold, in a lavatory shed, in his own faeces, where the stench of urine penetrated his every pore. Of the Holocaust, he said, “People may think the world knows enough about it, but to understand the enormity of it all would shake humanity to the end of time.”

When I asked Sigi if he hated the Germans for what they did to him and his family, he replied and said, “No, I do not. You cannot hate an entire race of people, for the mistakes only a handful of people within that race have made…

Hate is a waste. We just must never forget what has happened, so as to ensure it never happens again.”

In 1971, Sigi migrated to Melbourne, with his wife and both daughters, sponsored and backed by a friend.

“We finally set down roots in a truly free and democratic country, where our family has prospered and multiplied.”

I know that the actions taken by a minority in Canberra yesterday were not right. Nor was the action of burning the Australian flag. I am reminded of words I heard from Sigi, “You cannot hate an entire race of people, for the mistakes only a handful of people within that race have made…”

And I think how true that is.

I am sorry for what happened to every Indigenous Australian when white colonial men settled this country.

I am also sorry for my parents, who migrated to Australia at such a young age and had to trudge through years and years of racism, bullying, misconceptions and harassment – all because of the sound of their surname and the contents of their lunch box.

My parents never gave up. They never gave in. They made something of their lives.

The scenes in Canberra yesterday made me think that we – all of us – can and should find a way to reconcile the past, so we can live, truly live, united together.

If Sigi can forgive, why can’t we?

Fabulous telling of the Sigi Story!
I wonder though why not enough resources are spent on “Grief Councelling” for those who have suffered loss whether that be their freedom due to imprisonment, dignity due to torture or land theft due to arrogance and delusions of grandure or victims of molestations and rape. Having spent time with traumatised Croatians, Serbs, and even Sudanese refugees and migrants to this country cries out for more resources spent towards providing Grief Councelling services.
The devastation of 500,000 gypsies and untold numbers of Russians during the time 3rd Reich had left a world desparately in need of concelling of which little was provided probably because the need was so great!

I read this article with interest, but began to cringe as I came to the bottom of the page.

We can disagree with the actions of some protesters over the last couple of days – it is clear that the actions of some were threatening and probably counter-productive to their cause. However, we must recognise the motivation for some of their actions, such as burning the Australian flag. Put simply, they do not recognise the legitimacy of the modern Australian state. For them, it is an occupying power that has stolen their land, has suppressed their sovereignty, and committed grave crimes against them.

I would love to see Australia move forward as a nation in which all citizens feel as they belong, but we cannot blame aboriginal people for feeling otherwise. From the time the first white settlers arrived until the 1960s, they were treated as, at best, second class citizens. From the late 19th century until at least the 1970s, governments had policies that involved removing their children from them. Legal discrimination has continued recently through the Northern Territory intervention, which, whether justified or not, has imposed restrictions on aboriginal people that do not apply to the general population. In addition to this, aboriginal people remain the most disadvantaged group in society, being poorer and living far shorter than the rest of us.

It is too simplistic to compare aboriginal people to migrants. Whereas migrants have made a choice to come here and are not necessarily owed anything by the Australian state, for aboriginal people this is their only home and there can be no doubt the Australian state must both legally and morally do all it can to reverse past wrongs. Whereas migrants have for the most part been able to get ahead, be accepted, and to fit in to a greater or lesser extent in broader Australian society, aboriginal people continue to face shocking racism from many Australians and have no desire to assimilate – if they give up their culture and way of life to blend in, who is going to continue it?

Certainly some aboriginal people have not made the most of the opportunities they have been offered (the same could be said of many others Australians also!), but at the same time the Australian state and people have made little effort to address the aspirations of many aboriginal people. Others countries have signed treaties, recognised indigenous sovereignty in certain respects, and provided for appropriate indigenous representation in government. We have simply refused to discuss these matters. Here, even a moderately conservative proposal to remove sections of the constitution that allow for racial discrimination is met with substantial opposition.

If we are to move forward, we must allow indigenous people to make their own choices. Some will want to join the Australian mainstream and aspire to the same things that the rest of society does. Others have different aspirations and we must respect that and support them in their choice.

Interesting article and important to hear in light of recent events. As you said it is important to note that the actions of a few do not reflect the beliefs of everyone.

I could not agree more, beautiful and intelligent article, Sandi. I grew up in the Netherlands, experiencing first hand many of the devastating effects and strong survivors of the holocaust. After moving to Australia, I lived in Alice Springs for three years and spent six years altogether in the NT and had many wonderful aboriginal friends. But also saw a vast majority who were stuck playing the role of the victim. And although they felt victimised for very understandable reasons, it was hard not to be frustrated at their lack of pride and desire to stand up and move forward while remembering their painful past. I don’t have any answers for this situation, but I agree that hate is a waste, and it’s time for Australia to move on with love. Thank you for this amazing story. 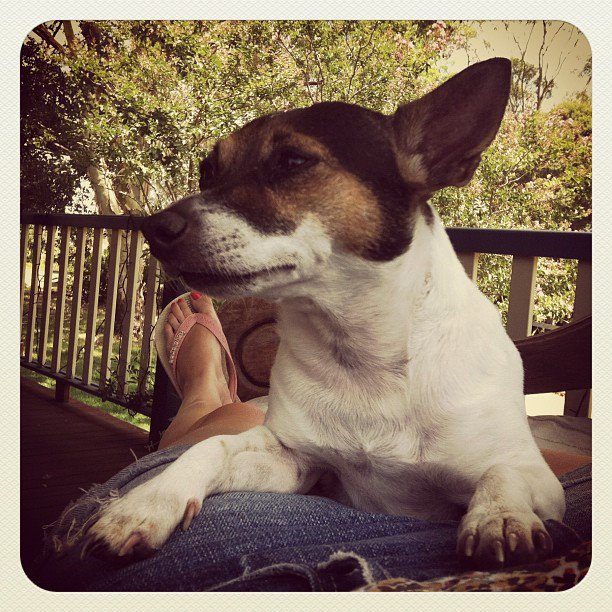 So it appears that the animals one finds in the country like to make their presence known. I discovered this two nights...
© Onya Magazine 2009 - 2021
Back to top