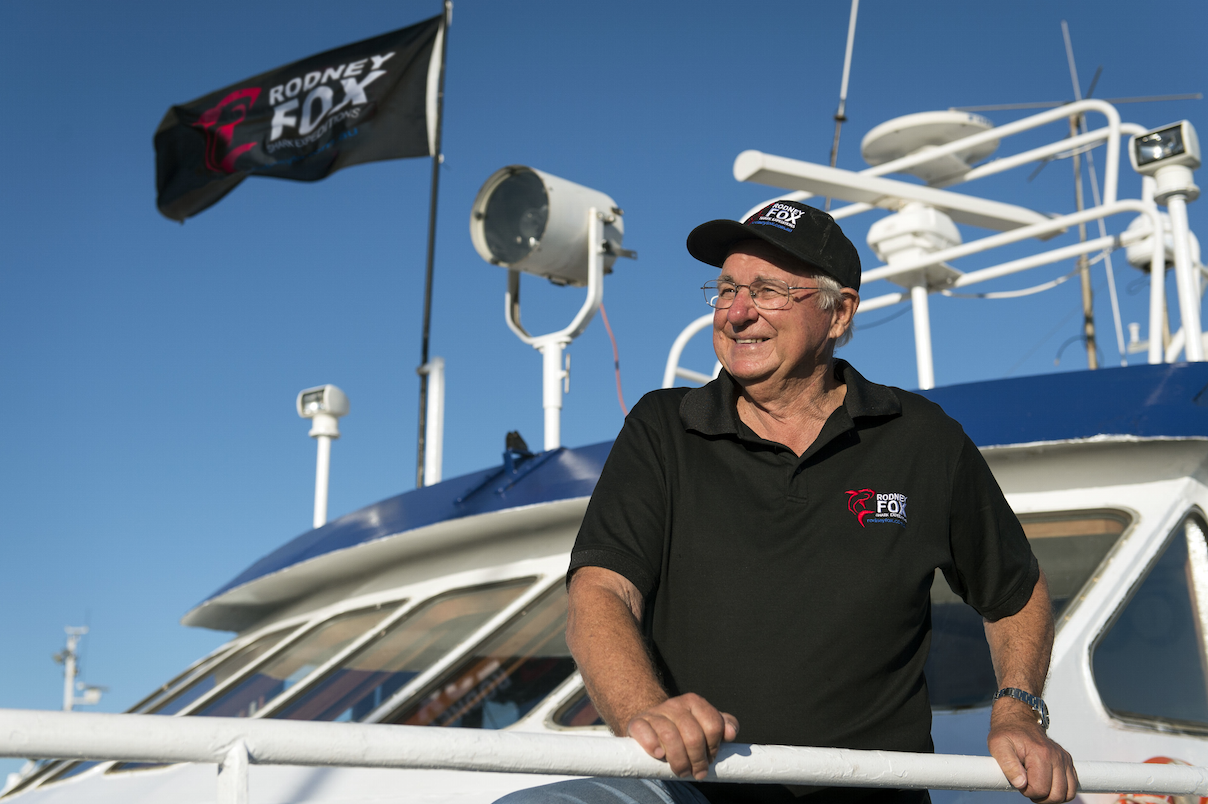 A life-insurance salesman being attacked by a Great White Shark sounds like the start of a bad joke but for one South Australian this became a reality.

Rodney Fox, now 73 years old, survived one of the world’s worst non-fatal shark attacks and not only lived to tell the tale but continued to become one of the sharks’ best advocates. December marks 50 years since his attack, which set the wheels in motion for a life Rodney couldn’t have predicted.

Having learnt to swim in a big concrete market garden tank in Klemzig, South Australia, Rodney’s connection with water started at a young age. It was when he got his first goggles and flippers at age 13, though, that he “went to sea”.

“I saw all these wonderful fish, became a zealous hunter gather and formed a spear fishing club with three friends,” Rodney said. 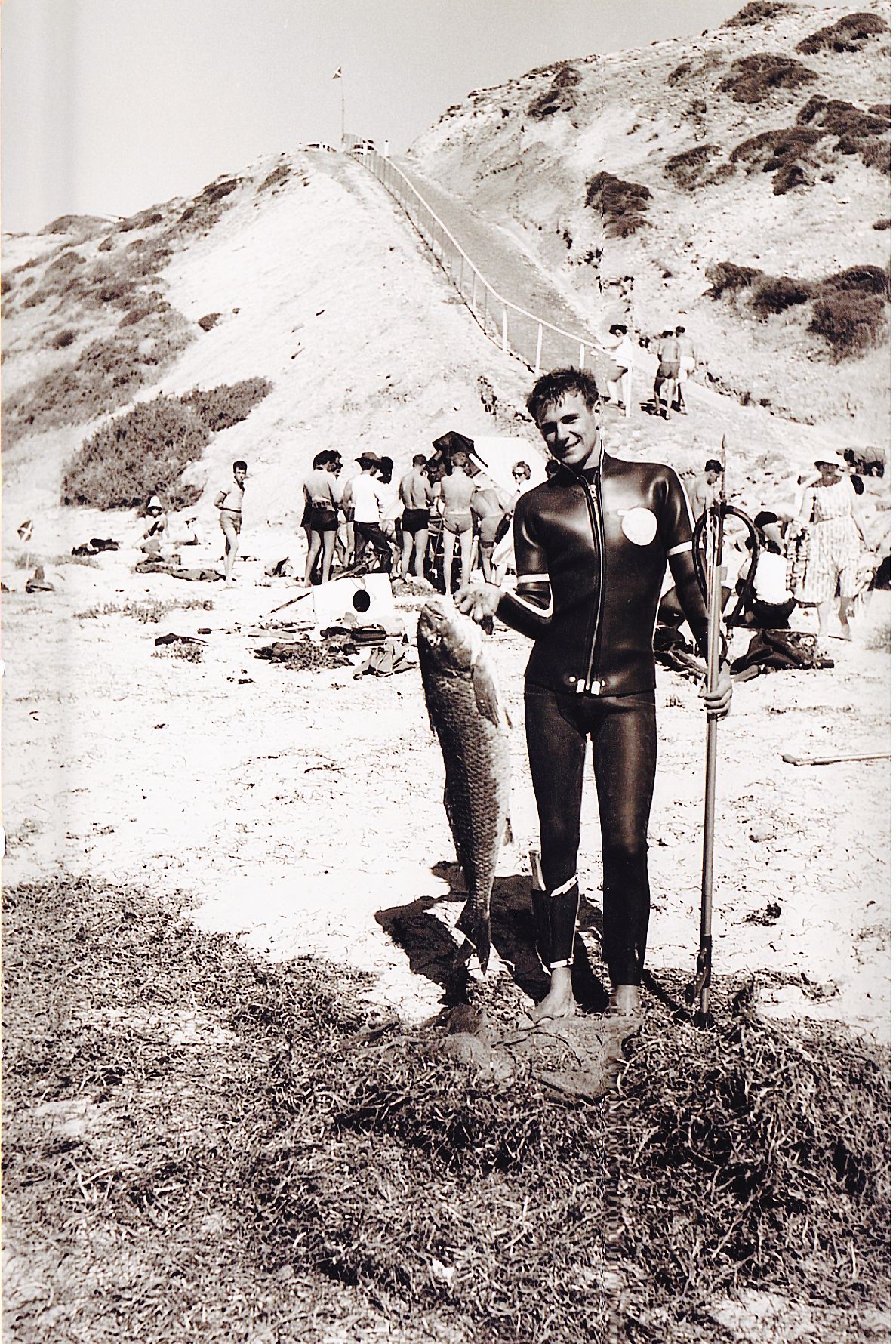 His love and skill for spear fishing nearly became Rodney’s undoing though when he was defending his state spear fishing title at Aldinga Beach, South Australia, in 1963. Rodney’s survival after being attacked by a Great White Shark leaving him with a punctured lung, broken ribs, and exposed abdomen, spleen and main artery to his heart, is nothing short of a miracle. 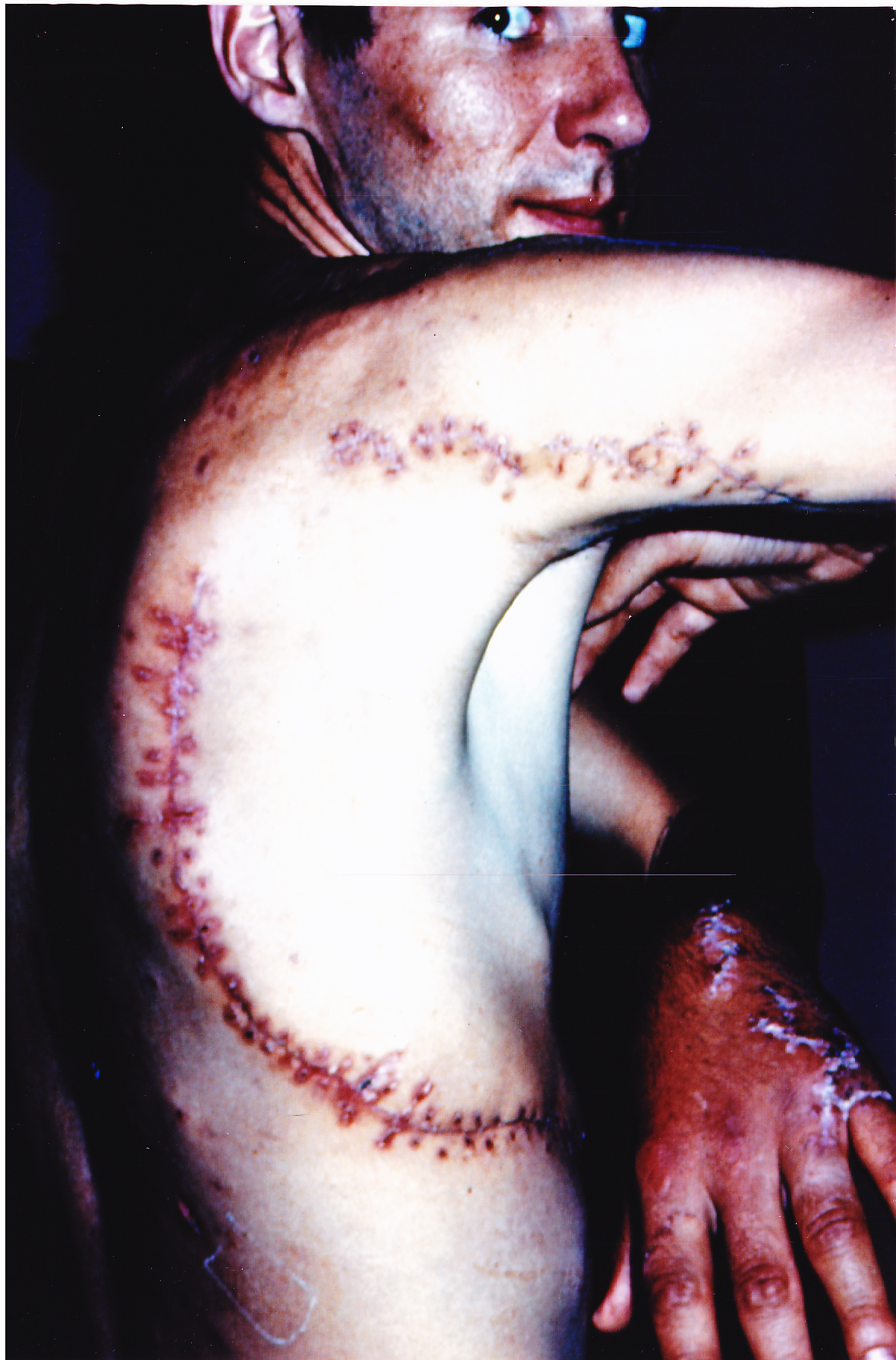 “All my life I’ve believed I’m a miracle survivor so I don’t buy lottery tickets – I’ve already hit the jack pot by surviving. Although, I don’t mind if my wife does – she can win the money,” he quips.

After a lengthy recovery in hospital, it was a visit to the Adelaide Zoo that set the wheels in motion for what was to become Rodney’s life’s mission. Looking at the lions behind bars, Rodney hatched the idea that if roles were reversed and he put himself in a cage, he could safely look at the creature that nearly took his life.

This led Rodney to build the first shark cage and come face to face with Great White Sharks. It was this experience that cemented Rodney’s interest in the animal which, over time, led him to lead the world’s first tourism shark cage dive, contribute to hundreds of shark films and documentaries, including cult-film JAWS, and gain the Great White Shark protection in South Australian waters.

“Humans are not on sharks’ menus. People want to cull sharks because they treat them similar to humans who are punished if they do something wrong. When a shark bites, it’s not doing anything wrong, it’s doing exactly what it’s supposed to. Most humans agree we need sharks but want to get rid of them in their area, but if everyone said that, there’d be nowhere for sharks to go,” Rodney said.

Rodney’s recovery and quest to educate society about the Great White Shark has not been without its challenges. Following the attack, Rodney would wake up from dreams reliving the tumultuous event and had a number of strategies for getting back to sleep.

“At first I tried counting sheep, which didn’t work. Next I tried picturing fields of pretty flowers, which also didn’t work. After that, I’d start thinking about food – lobster fried in butter and big steaks, and that seemed to help a bit. The thing that really helped as a 22 year old male though was to picture girls’ boobs!” 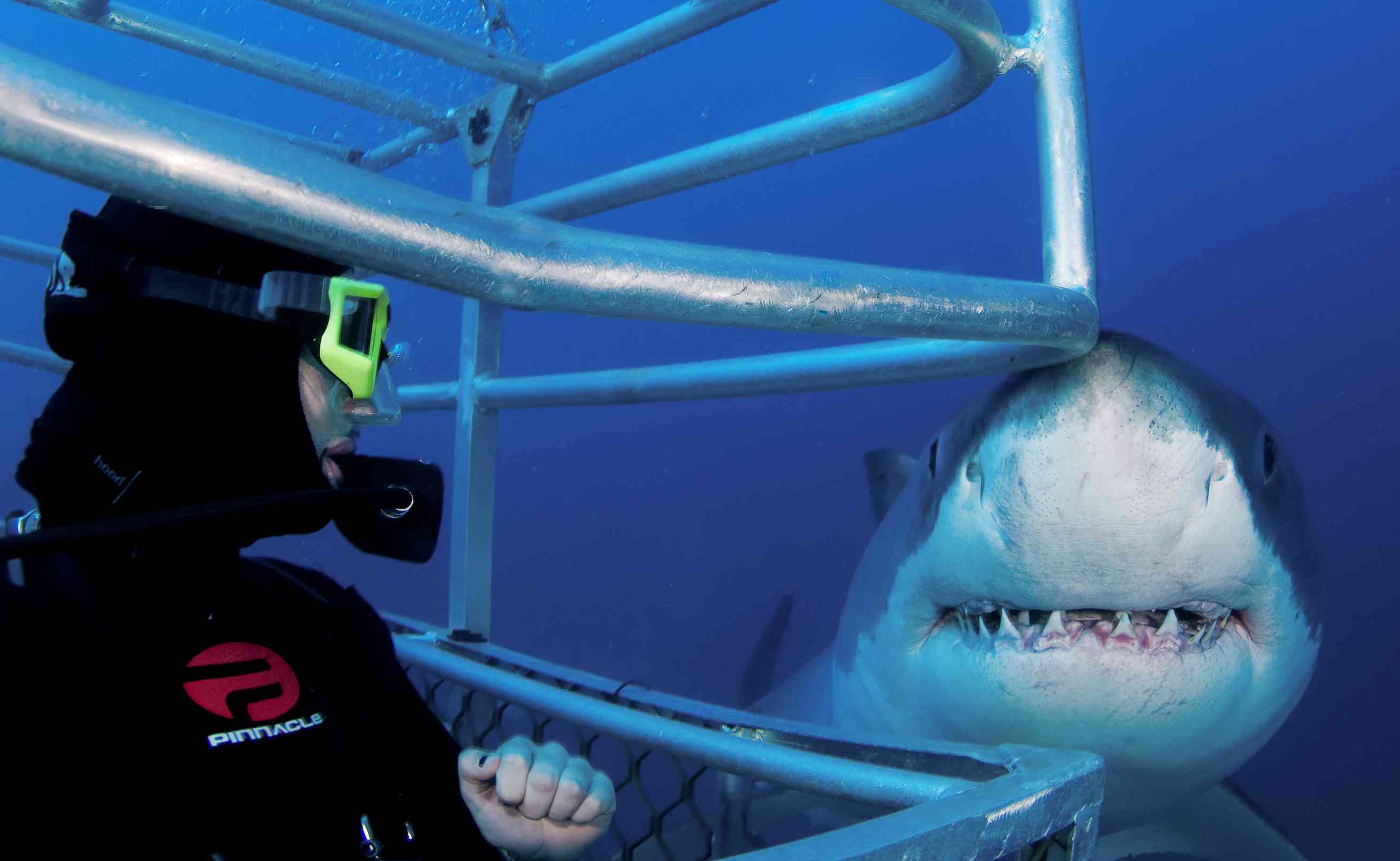 Having started the Great White Shark Cage Diving industry, which today is a $6 million industry in South Australia, Rodney still gets thrills from heading out of Port Lincoln on a Rodney Fox Shark Expedition and watching people’s reactions after they emerge from the water having come face to face with a Great White Shark.

“98 per cent of people come up with a huge smile and full of laughter. I’ll never forget what one person said to me, which was ‘that dive was so incredible it blew the cobwebs off my soul,’” Rodney mused.

Not one to sit still, Rodney’s latest challenge has been writing his book ‘Sharks, the sea and me’. The book came about after Rodney researched his ancestors and started documenting that as well as some of his own stories (Rodney has had more than one near-death experience)! What was initially planned as just a story book for the great, great grandchildren, ‘Sharks, the sea and me’ has now been published.

“To retell stories I had to go back and truly relive them,” Rodney said. “It brought pleasure, pain and sadness, but all in all it was incredible. I can’t believe how much adventure I’ve had – I’ve really had a great time!”

With his son, Andrew, now at the helm of the business, having inherited his father’s passion for the ocean and sharks, there’s one thing Rodney would really like to see developed.

“I would just love to see the invention of a little black box that people could use as a shark repellent. It’s only fear that keeps so many of us out of the water and if people could escape that fear, they would enter the water and see the wonderful things I’ve seen,” Rodney said.

Asked what he would like to do to mark the 50th anniversary (8 December) since his attack, Rodney’s answer was simple – “have a glass of champagne on the beach”. Unfortunately, he’s allergic. 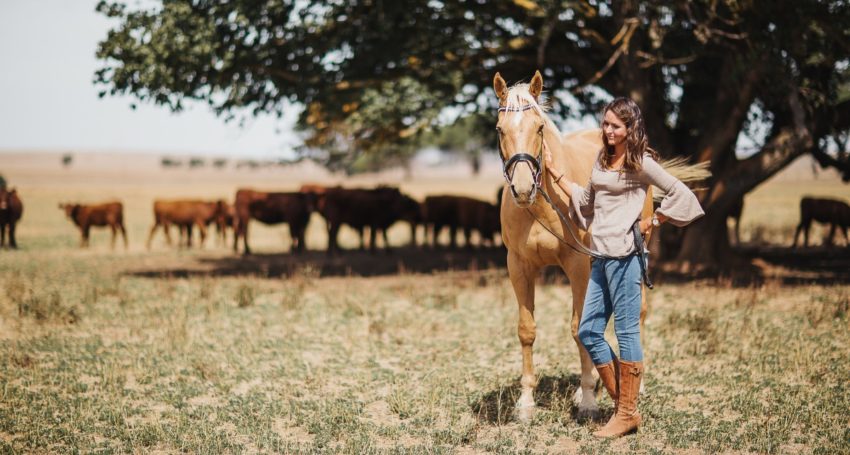 I enjoyed the article very much, and even picked up a tip to help with insomnia! 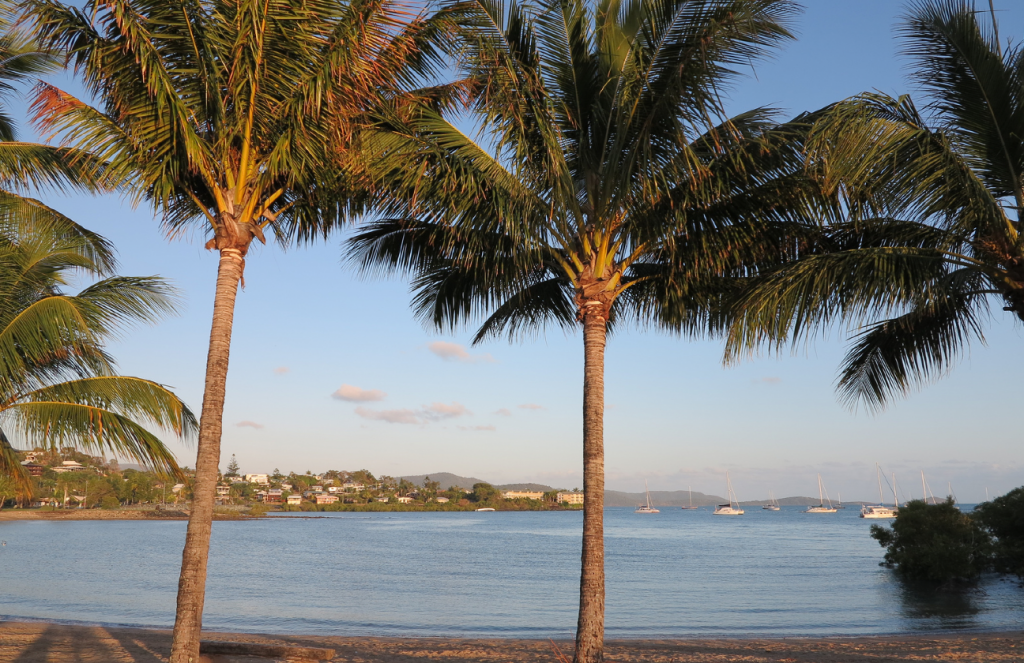 We have syndicated this piece with kind permission from The Modern Woman’s Survival Guide. :: Gateway to The Whitsundays...
© Onya Magazine 2009 - 2021
Back to top