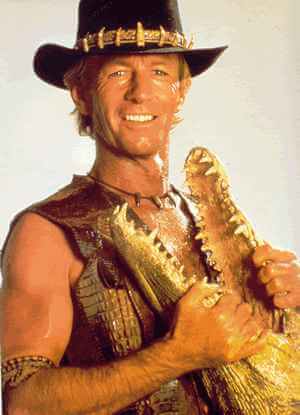 When Paul Hogan jocularly encouraged strung-out Americans to visit Australia in 1984 he defined a stereotype of a nation that has stood the test of time. To the rest of the world Australia remains the land of clichés. The Sisyphusian barbecues, alpha-males with blonde-tips in budgie-smugglers, animals with fanny-packs, animals with hallucinogenic-drug-addictions, animals eating babies in a sun-kissed nation with an obsession for sport so profound that there’s a state holiday for a horse-race.

But how much of that holds true today? What does it mean to be Australian now, a decade into the twenty-first century?

God Save The Queen 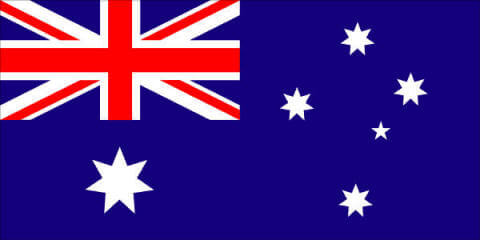 Let’s start at the top. Despite at least 40,000 years of Indigenous habitation on the island, Australia chose not to flaunt herself on the world-stage until the eighteenth century when she was rudely interrupted by a succession of sea-faring Europeans. Every girl loves a sailor and within 18 years of Cook’s ‘discovery’ Australia was receiving a length of British flag-bearing wood proclaiming the settlement of the Colony of New South Wales. Australia’s passage from de-flowered lover desperate for attention, to obedient trophy-wife, took only a further 40 years, culminating in terra nullius and the rendering of the territory’s history to that point obsolete. By the time the Federation of Australia was negotiated in 1901, the cycle of domestic abuse was complete. The echos of colonial history can still be felt to this day with the clearest example being the Union Jack lurking menacingly alongside the Southern Cross above our municipal buildings or, more covertly, in the rarely-recited verse 5 of the national anthem.

“Should foreign foe ever sight our coast,
Or dare a foot to land,
We’ll rouse to arms like sires of yore
To guard our native strand;
Britannia the shall surely know,
Beyond wide ocean’s roll,
Her sons in fair Australia’s land
Still keep a British soul.
In joyful strains then let us sing
‘Advance Australia fair!’”

Does that mean being Australian still means belonging to another, more distant master? Why, in the twenty-first century, is Australia still not a republic? We have a republican Prime Minister; a republican Governor General, and a country full of citizens wanting a republic. How much more of a hint do we need? “Britannia the shall surely know, Beyond wide ocean’s roll, Her sons in fair Australia’s land Still keep a British soul”… but do we really?

Whilst the revolutionary debate is largely symbolic, the question of who is steering good-ship Australia through the next recession is altogether more tangible.

First in line we have Captain Kevin. Keveryman. A man equally ill at ease sharing a beer with ‘our boys’ on active duty as he is impersonating Violet Elizabeth at the pointy-end of a Qantas. An earnest over-achiever, is our 24-7 action-man a fair representative of modern Australia? If not, is it his adenoidally-challenged rival, the self-made millionaire leader of the opposition?

The answer of course is no. And, as in most modern democracies the real source is likely to be located away from the playground of party-politics and be found instead gazing adoringly at us from billboards, magazine racks and plasma screens. The power of celebrity is reaching leviathan proportions, even in a country with a penchant for pruning tall-poppies. Look at the recent Victorian bushfire appeal. How does Australia cope with the tragedy of natural disaster? As much as Kevin’s tears were clearly genuine, moving and timely; the most potent responses came from Kelly, Barnes, Garrett and 80,000 soaking-wet Melburnians in the MCG, during the Sound Relief concert.

These ‘personalities’ are all flesh marionettes to the great puppet-masters of the global entertainment and media industries. The Murdoch and Packer dynasties may have more competition these days but the message that remains is the same: control the media, control the people. And nowhere is that more obvious than Australia. The disproportionate sway tawdry condescending bile such as Today Tonight and A Current Affair hold over the media-cycle is a warning to us all to remain critical, open-minded and reliant on more than one source for our information. Think about it for a second; if Corey Worthington can out-smart them, it can’t be that difficult can it? 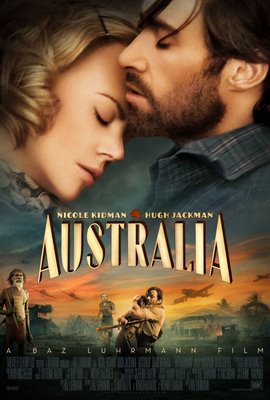 Whilst loitering around the topic of Australian media, it would be remiss not to poke fun at Baz Luhrmann’s epic Australia. Acknowledging the many criticisms of the project – the convoluted plot, the questionable history and the clearly un-Australian target audience amongst them – this author’s personal beef lies more in the mythology chosen as the vehicle for such an expression of nationhood. Australia is a vast, uncompromising landscape which encompasses many lifestyles and stereotypes. What is inescapable is that from the earliest European settlement white-Australians have clung to the coastline in urban or suburban environments. Australian Bureau of Statistics estimates from 2007 indicate that of the roughly 20 million Australian residents, over 75% can reasonably claim to live in urban areas – the majority in state capitals. During the 1940s when Luhrmann’s movie was set, the population nationwide was a shade over 7 million. The population of Melbourne and Sydney alone during that period was already more than 2.5 million.

Though the experience of the Drover and the harsh realities of the bush are indelibly marked on the Australian psyche, it is a step too far to extract the depth of meaning that, say, the Americans draw from their frontiersmen. Australians have never attempted en masse to tame the bush. With the exceptions of settlements of limited scope there have been no attempts to move far inland, especially when compared with US super-cities such as Las Vegas. If Baz wanted to portray an Australian experience to resonate with the majority of his countrymen and women, he could have done worse than borrow from the narrative of the suburban dream so tellingly deployed in homespun gem The Castle. But can you imagine the response of Tourism Australia and the Hollywood studios to that idea? “Tell him he’s dreaming!”

Significantly we have had The Apology. Rudd’s profound and sincere oratory draws a line in the shared red earth. It by no means absolves the centuries of mistreatment meted out by successive immigrants and their descendants but it does represent an understanding that past behaviour was reprehensible, regrettable and surely unrepeatable. The reality however, is that despite this burden of guilt being removed, the road to parity amongst cultures will be long, hard and paved with good intentions. Education, health, crime and poverty are all areas where Australia has succeeded in fomenting an underclass. The will shown through The Apology and the increasing awareness of Indigenous culture and rights throughout the population can only benefit the whole in the long-term. This will prove challenging, but it is a challenge Australia must face if it is to continue its advances with dignity and integrity.

There is of course much more besides that coalesces to make Australia what it is. In the following pages and editions a rich and nuanced perspective of sport, music, TV, movies, fashion and more will flow. Here you will find evidence in abundance that our sunburned country has shed its Crocodile-Dundee-skin and is revelling in its green and gold splendour. Witty and chic, brave and innovative, with enough humility to know when and how to say sorry. Finally. Advance Australia Fair. Good Onya.

love the article howie, and love the choice of language. nice job!! i think you know more about australia than i do… or simply pay more attention!

sandi – congrats on the launch of onya mag… it looks awesome.

congrats from me too sandy !

Very interesting point on the majority of Australians sticking to urban areas along the coast. I wonder if in future we’ll see a shift, or if this will remain the same?

Thanks Tim and Wynnter for your kind wishes. Onya will continue to evolve over the coming months and become just like the Australia Jonathan mentions: witty and chic, brave and innovative.

By Sandi Tighello Welcome to the first of Onya's conversations - where interviews take place with Australians from all walks...
© Onya Magazine 2009 - 2021
Back to top