Meet Me At The Steps

Flinders Street Station has acted as Melbourne’s hub since most of us can remember. Every day thousands of people from every corner of the city sit under those familiar clocks and watch the world pass by while waiting to meet a friend or frantically looking at a map to work out where on earth they are. Celebrating its 100th year as Melbourne’s social meeting place of choice, we spoke to a few of the characters that add a bit of colour to those well-loved, grey steps. 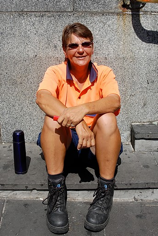 Marlene was on her first day of cleaning advertising plaques at Flinders Street Station when we stopped her for a chat. She was popping out for a ciggie break and a dose of people-watching to break up the day. “I just thought I’d sit out here and see what the sights are like.” According to Marlene, she’d spotted quite a few “doozies” whilst sitting on the steps. “It’s just the way the people dress…it’s like (if) you’re an old fart you don’t have to dress up like a little mutton!” Marlene migrated to Melbourne from New Zealand 22 years ago and has since developed a love affair with the city. “Oh I love it here, it’s just the atmosphere in Melbourne,” adding that you either “like it or you love it when you first land here.” Nowadays Marlene finds that even going home to New Zealand for the holidays is “boring” in comparison to the place she now calls home. 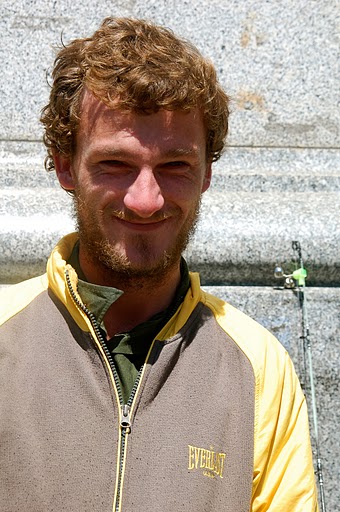 Next to Marlene we found William. Casually smoking a cigarette and leaning against the wall alongside his fishing rod, William was waiting for his girlfriend with the intention of taking her out for a day of fishing at Port Melbourne. When asked when they’d planned to meet William replied with a toothy smile, “half an hour ago!” He didn’t seem phased though, and was enjoying watching the hustle and bustle of Swanston street. 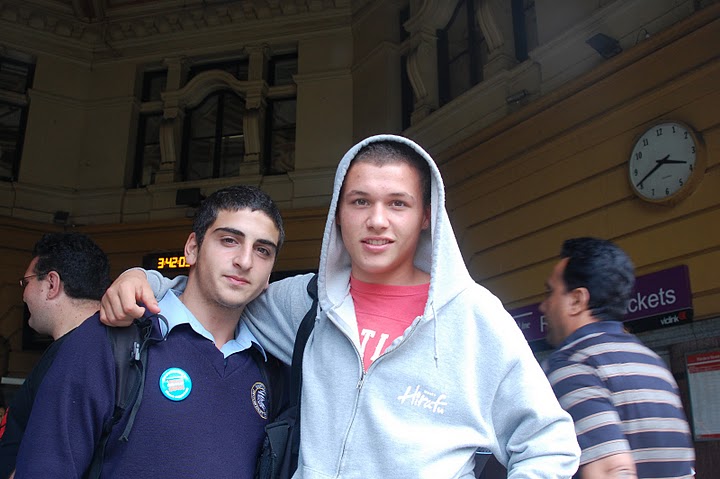 It wouldn’t be a proper day at the ‘steps’ without a sighting of a group of young, rebellious, school students. At any point of the day (particularly during school hours) there are always at least one clan of students sitting and chatting excitably whilst munching on a bag of hot chips. Julian and Chris fit that bill well. Looking ready to take on the world, when we asked Julian why he was waiting at the steps he looked at his friend and replied, “waiting for this kid.” The two 17 year olds had just knocked off from school and were planning to walk around the city. After a quick photo they both just smiled and said “sick” and went off to do whatever it is young kids do these days. 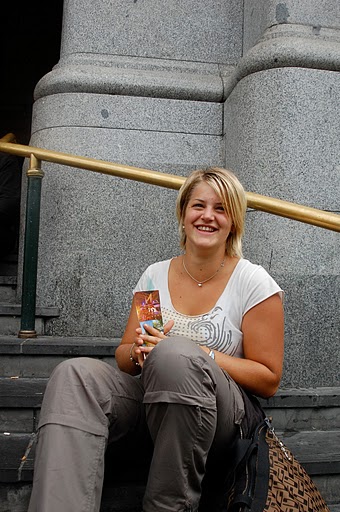 What better way to find your bearings in a foreign city than by sitting at its main meeting point. Lisa, a backpacker from Germany, was taking a few minutes to survey the city having only arrived in Melbourne a few days ago. After spending 6 months working in Perth as an au pair the blonde 19 year old traveller was relieved to be taking a rest from the constraints of her backpack. Soon the fun was going to be over for Lisa and she told us she’d be going home in a few months to Germany to study primary teaching. 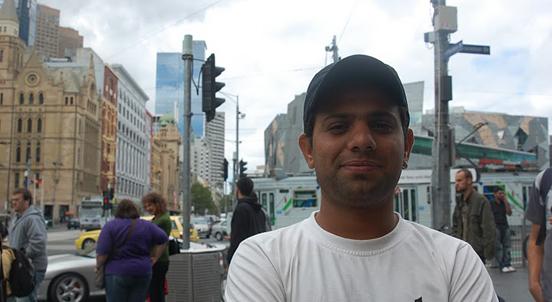 Tackling the foot traffic head on was Sam, a 22 year old Indian student studying commercial cookery in Melbourne, and supporting himself by handing out pamphlets to mostly disinterested passers-by. Despite the fact that most of the people seem to walk past, Sam maintains that most Melbournians are “friendly” and he doesn’t seem to mind the physically exhausting work. 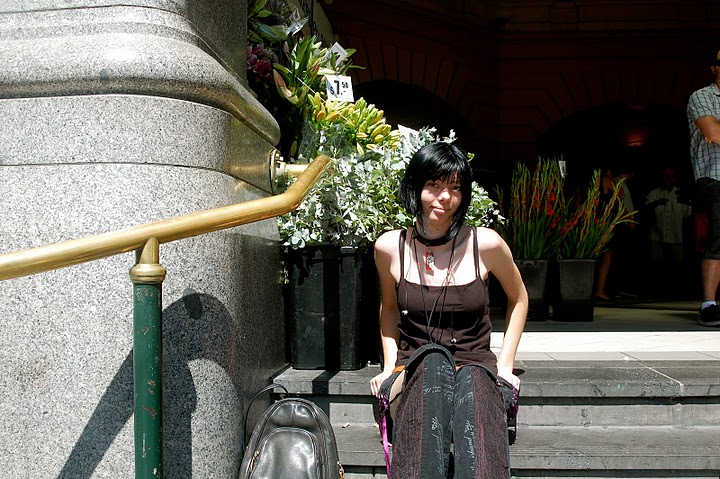 Quietly minding her own business next to the flower stand sat Jesse, an apprentice tattoo artist. Jesse was patiently waiting for her boyfriend from Bendigo to arrive and take her out for teppanyaki. “I’m freaking hungry, I need to eat!” she exclaimed. According to Jesse, the Flinders Street Steps are simply the best place to meet someone in the city. “It’s just big, there are lots of places to sit (and) everyone knows where it is.” Originally from Shepparton, Jesse now lives in Melbourne and was proud that she and her boyfriend were making their long-distance relationship work. “We’re keepin’ it together…bout two years now,” she told us. In addition to teppanyaki, Jesse was excited to be buying her very first tattoo gun to celebrate her transition from practicing her tattooing on pig-skin to working on human skin. 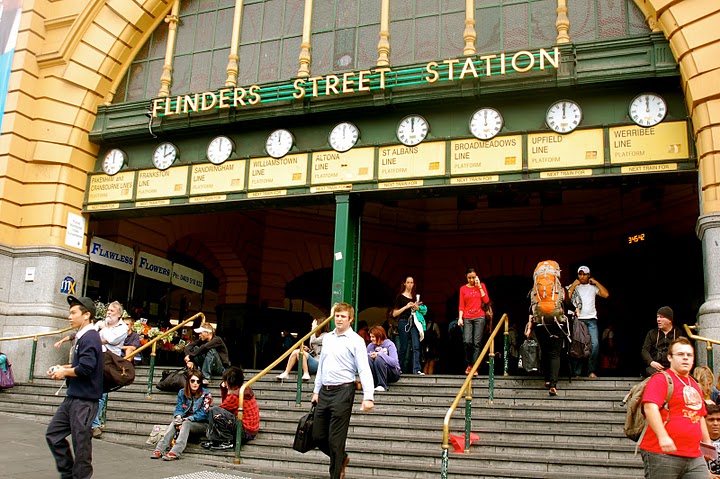 After 100 years of service as Melbourne’s most famous and welcoming meeting point, the steps outside Flinders Street station have probably seen it all and some. So next time you’re running to catch your train (which, let’s be honest, will probably be delayed anyway) grab a seat and watch Melbourne unfold before your eyes.

Who is this talented young writer? She is brilliant!