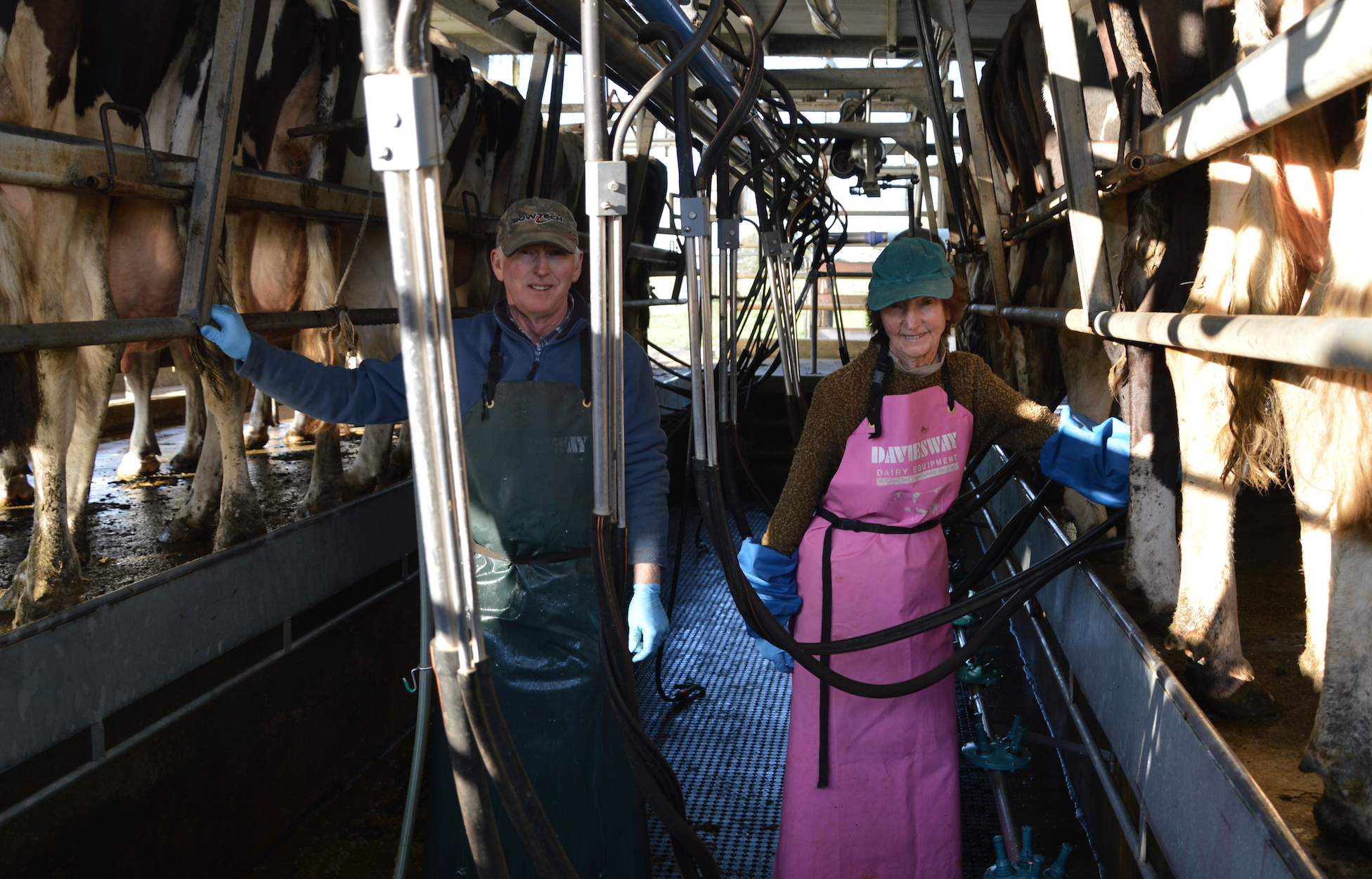 Marie Farley gets up every morning at 5 o’clock to milk the cows before settling into the day’s work of tending to the family dairy farm at Kempsey in New South Wales. She rounds out the day by returning to the dairy to again milk the 110 cows. Thousands of dairy farmers across Australia do the same thing.

The difference with Marie is that she’s 85 years old.

Marie has dedicated her working life to dairy and has moved from hand milking to using modern technology without missing a beat.

Despite some pressure from her family to retire, Marie has continued to enjoy actively working on the farm.

“If you love it, why not keep going?” she says.

While Marie finally plans to slow down later this year, she looks back on a dairy career that has been enjoyable personally and from a family perspective.

When she was young, Marie used to help her father, who tended cattle and also milked dairy cows.

“We were milking by hand when I started. That’s a long, long time ago,” she said.

She later married John Farley, a second generation dairy farmer, and they worked together on the farm for 60 years until John passed away, four years ago.

Marie had already taken on more responsibilities after John was forced to retire due to knee injuries.

“We had nine children in the family and we all helped outside, but when John couldn’t go out because of his knees he stayed inside and became a great cook and I went outside to work,” she said.

“I always liked outside better.”

Marie was far from a novice when she was called on to take over more of the farming duties. Apart from raising nine children, she was always keen and active on the farm.

“The whole family helped. The children used to milk before they went to school and when they came home. It’s a good life to bring up a family. Everybody helps one another,” Marie said.

“I used to take the babies to the dairy. We had a cot or a play pen over there. We’d all work together.”

One son, Paul, continues to work on the 80 hectare farm while another son, Pat, works as a teacher but lives on the farm.

“I’m still there. I still get up in the morning and milk and still milk in the afternoon.” She also calls on her dairy products to help her start and end her day, with a spread of butter on her toast and milk in her tea in the morning and then a plate of yoghurt later in the day.

She does have some time off from the daily routine. “On the weekend my son has a day off and I have a man come and help me. I might have a morning off now and then. We have a high school student who comes down and helps on a Thursday. He’s been very good.” 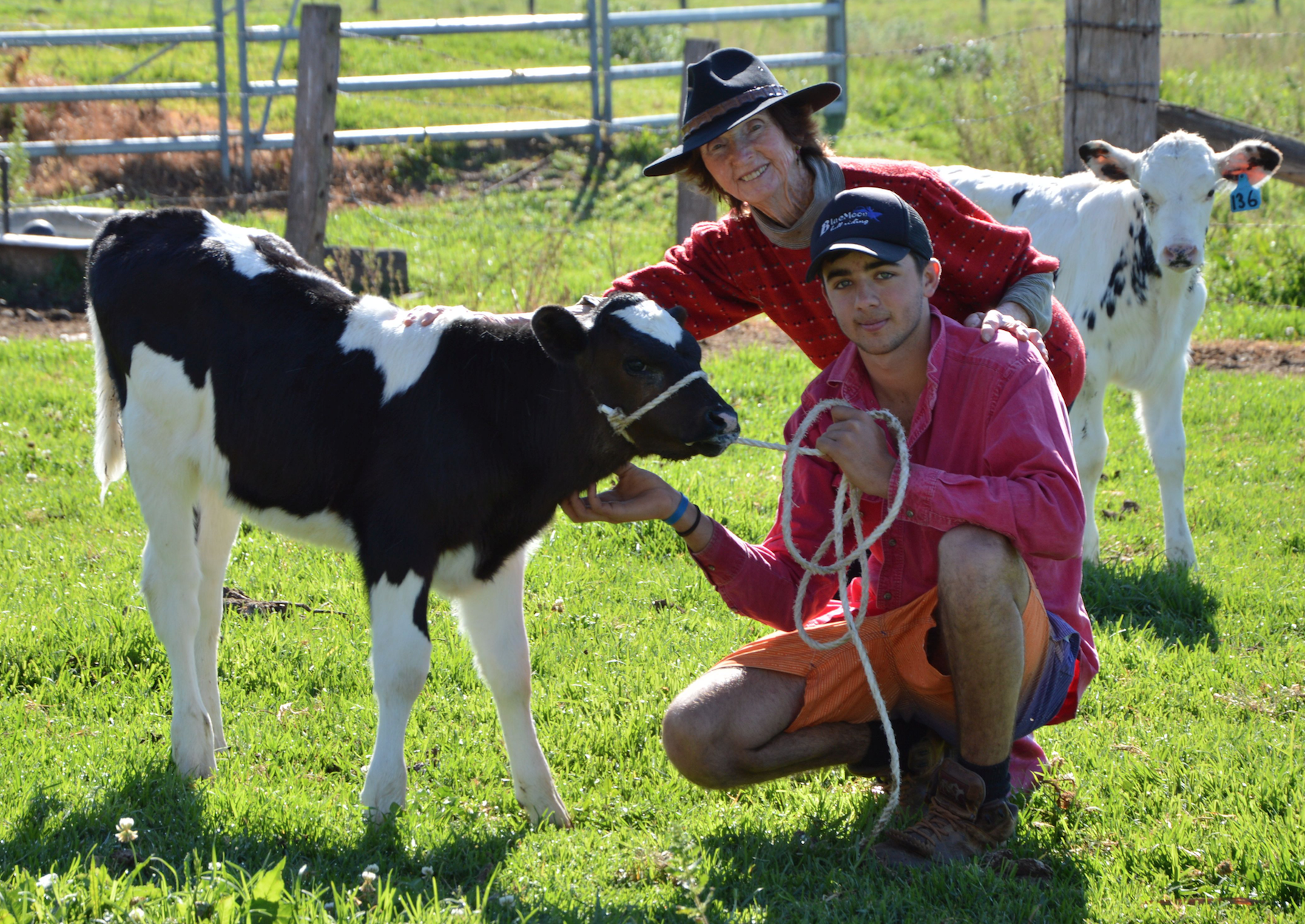 Although she still loves the farm, the cows and the work, Marie thinks it might be nearing time to retire.

“I’ve always loved it but I think it’s time at my age to hand over to somebody else. My son will eventually take over.”

At the moment they milk about 110 mostly Friesian cows and have recently introduced some Jerseys to the mix to increase fat levels.

“We’ve had a pretty good year, though it’s a bit dry,” Marie said. “We give them a lot of green feed that we buy in. We make up silage – last year we made 700 of the big round bales to keep us going through winter – and feed that and grain and wet barley to them as well. You’ve always got to keep the cows happy.”

Marie remains active with a variety of jobs across the farm, from planting pastures to maintaining the herd.

The farm produces nearly 2500 litres of milk daily, consistently achieving about 24 litres per cow per day. The farm continues to progress. A new dairy was built about 15 years ago and a new vat was installed about four years back.

“I’ve always had confidence in the future of dairy.”

Marie has been through revolutionary times in the dairy industry with automation, technology and innovation making farming easier and more efficient these days.

“Oh golly, not having to hand milk was a massive help,” she said. “When you’re hand milking it’s a long haul.”

While proud of remaining fit and working well into her 80s, Marie looks to her family as her greatest achievement.

“Rearing a family is a great achievement. They’ve all had good education.”

Although she is likely to slow down later this year, Marie continues to love dairying and supports the Legendairy communication initiative to raise the profile and reputation of the industry.

“A lot of people don’t realise how hard it is and what it does,” she said. “Some children think milk just comes out of a bottle.”

A lifetime of dedication to dairying won’t fade when she does retire.

“You’ve got to love it, otherwise you wouldn’t do it. You get to be your own boss and enjoy nature,” Marie said.

“You can stand on the verandah and look across the new bridge over the Macleay River and the floodplain. It’s the longest bridge in Australia,” she said.

“My daughters have been trying to get me out of dairying for a long time but I’ve said no. They say I must love it, which is true. It’s one thing I know how to do. It’s just a way of life.”

Five Plus Smoothie: Good For Your Body and Mind 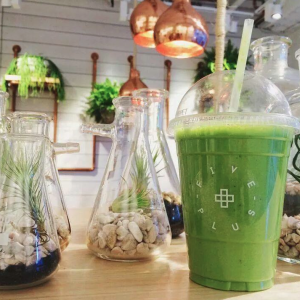 Five Plus Smoothie: Good For Your Body and Mind

All the signs seem to indicate that green is the new black. It feels like every other picture on my Instagram feed is of a green...
© Onya Magazine 2009 - 2021
Back to top