Guide To The Best Cities To Live and Work in Australia

Whether you’re planning on moving to Australia or you already live here and are simply thinking about making a move to one of the big cities, we’ve got you covered. Moving to a new city is a great way to start fresh, with all new surroundings, but it can be hard to choose the right one. Added to that, choosing where you live is a huge decision—one that can set the course for the rest of your life—so it’s important to do your due diligence and have a bit of prior knowledge about your chosen city.

So, in this guide, we’ll try to help you make that choice by taking a look at some of the best places to live and work in Australia, based on factors like living cost, work opportunities and what there is to do in the city of your choice.

The largest and oldest city down under, and perhaps Australia’s most iconic city (and also the capital of New South Wales), Sydney is instantly-recognisable all over the world—mostly due to any picture of it that includes the famous Sydney Opera House. With a population of over 4.6 million, this is a huge bustling city with jaw-dropping skyscrapers and architectural landmarks crowding the inner city. There is plenty to do here all year round, whatever your interests are. Beaches, festivals, museums, local music venues, fantastic restaurants, hundreds of outdoor activities to choose from and a thriving film industry—you name it, and Sydney has it. The city also has a perfect temperate climate with warm summers and mild winters; even the nights are pleasantly warm here.

Living in the inner city, however, can be very expensive, Sydney is sometimes listed as one of the most expensive places to live in the world. An apartment will set you back over $500 a month, and a house around $750. It is definitely the most expensive city in Australia, which is usually the case with any capital city. There are cheaper options, particularly if you’d rather live in the surrounding suburbs. With good transport links to the inner city, this is a great option if you’re coming to Sydney for work but prefer a quieter sort of life with more personal space—maybe even a backyard for barbecues and parties.

If you are considering coming to Sydney for work, however, then the cost of living might not be much of a concern. The city has a thriving economy with a GDP of over $306 billion per year, as well as a low unemployment rate and plenty of opportunities. The major industries are finance, IT, tourism and education. Our verdict is that Sydney is seriously worth considering.

Settled on the banks of the Yarra River, Melbourne is the capital of Victoria and Australia’s second largest city. This is a truly great city. And it’s not just one of the best cities in Australia; it’s regularly named as one of the best cities in the world. Awarded ‘The World’s Most Livable City’ by The Economist seven years in a row, and referred to as the cultural and sporting capital of Australia, this city has plenty going on. There is a strong emphasis on the arts, particularly literature, performing arts, culinary arts and visual arts. If you’re a sucker for local sporting pride, Melbourne-based AFL team Richmond are currently favourite to win the upcoming league.

Renowned for having ‘four seasons in a day’, the weather can be a little unpredictable in Melbourne. However, it is an Australian city, so expect it to be warm. It has beaches that offer some of the best surfing on the globe and a low crime rate. The city is based on a grid system, so it’s very easy to find your way around, and it also has an extensive public transport system with trains, trams and bus links to anywhere you need to go. Job opportunities are strong, too, with the main industries being aviation, construction, automotive, education, engineering and IT services. While not quite as expensive to live in as Sydney, it is still a relatively pricey city. However, if you can afford it, or have a good job lined up in one Melbourne’s thriving industries, then we couldn’t recommend this city strongly enough.

The third largest city, with a population of two million, Brisbane is a laid-back city that affords a fantastic lifestyle to anyone who lives here. The city and suburbs have sprung up over the banks of the Brisbane river, and it sits in the subtropics, so it reliably sees quite a lot of sunshine. Although it’s a major urban city, it is situated very close to classic Australian holiday spots like the Gold Coast and the Sunshine Coast.

Over the past few years, the city has been experiencing strong economic growth and is now one of the most important business centres in Australia. It also places a strong emphasis on the arts, particularly theatre and music. Unlike Sydney, in Brisbane you can find accommodations close to the city centre without breaking the bank, and, again, it is based on a grid layout, so it’s easy to navigate via public transport; however, a number of one-way streets around the city can make it difficult when driving, particularly if you are new to the city.

There are great job prospects to be found in Brisbane, as the city is currently in a period of growth. The major industries here are hospitality, tourism, health, finance and business. With good job prospects, a holiday-maker climate, and affordable property, this is a great city to move to.

Another great city (and the last in our list), Perth has a consistently warm climate and a relaxed lifestyle among its residents. With plenty of beaches on which to enjoy the good weather, it’s not hard to see why people love living here. Perth has been called the most isolated capital city in the world; however, as it already has everything you could want, that’s not much of a sacrifice if you choose to live here. The city centre is based on the banks of the Swan River with suburbs growing out in every direction from there. The city has a low crime rate, great local music and venues, plenty of parks and open spaces, and many museums and cultural centres.

Perth is considered a very affordable place to live, work and raise a household. However, due to it being far away from neighbouring cities, the cost of goods can be a little higher, as it is more expensive to import. It does, however, have the strongest economy in Western Australia, thanks to a recent mining boom and the large amounts of natural resources to be found in in the surrounding areas. The mining industry is the largest employer in Perth; however, it also has strong industries in tourism, manufacturing, and financial services, making it a great place to work, as well as live.

So, those are our four favourite Australian cities to live and work in. Those we didn’t cover but that are still worth a look include the likes of Canberra, Hobart and the Gold Coast. To put it simply, Australia is a fantastic place to live no matter where you are. With friendly folks, jaw-dropping natural beauty, great cultural happenings and exports, and a strong work culture, you really can’t go wrong. 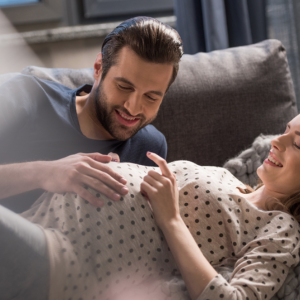 Planning is a very important part of our life and it becomes very apparent when we find out that we have a baby on the way....
© Onya Magazine 2009 - 2020
Back to top