Four Everyday Things You Can Be Doing Better

Successful and noted author Malcolm Gladwell has long asserted that in order to be a master at something, you have to spend at least 10,000 hours performing that activity. Through this amount of time, you’re training your muscles and developing habits.

While people have often debated that number, everything can agree on one thing: it is very difficult to break habits. We even have a saying for it, “you can’t teach an old dog new tricks.”

Over your life, you’ve probably developed some bad habits over time. Some of them can be minor, like forgetting to put the toilet seat down after using it or leaving your phone unplugged so it doesn’t charge through the night.

Others can be quite detrimental and have a negative effect on your health. Below, we’re going to be checking out some of these everyday things that might be negatively affecting your health and why you should change them.

Many of us have office jobs where we are sitting throughout the day. Whether that be in meetings or working at desks, posture tends to suffer. You start to notice some discomfort in your lower back or neck and that’s largely due to your posture.

When you’re sitting, you should make sure that both feet are flat on the floor with your knees bent comfortably. Don’t lean over your desk too much and try to keep your back straight. If you’re looking at a computer, the goal is to have the top of the screen just below eye level.

Posture can help alleviate many pains throughout your body, so it’s wise to start practicing a solid posture right away.

You probably know the general idea is to brush your teeth at least twice a day, once in the morning and once at night. Even though you’ve been doing this forever, you might be doing it wrong.

For example, many people hold their toothbrushes in their mouths while looking at their phones or talking. Not only does this damage your toothbrush, but it’s not doing your gums any favours either.

In addition to brushing your teeth, you should be using mouthwash at least once a day and flossing after every meal. Combining these three is not only good for your oral health but your overall health.

“I’m still alive, how in the world can I be eating wrong?”

Yes, we could always be eating healthier and avoiding that extra cupcake. The internet is full of delicious, healthy ideas where you could start planning your next meal.

So what needs to be done?

For starters, we often eat way too fast. Yes, we’ve all had one of those days where everything is a blur and you have to scarf down your lunch in less than three seconds. But too often, we are not chewing our food enough or taking enough time in between bites.

The golden rule is to chew 10 times before swallowing (depending on the food, obviously) but more than that, you should always finish one bite before stabbing your fork down again. Eating too fast can cause digestion issues or make us feel fuller than we actually are.

So the next time you’re eating, take a minute and slow down, enjoy your meal, and not be in such a rush.

Everyone loves sleeping, whether it’s a quick nap or long, restful night of sleep. What can you be doing to improve your sleep?

While that may vary from person to person, the main thing is to put down your mobile phone and all screens. Screens emit blue light which largely doesn’t affect you during the day but can have serious implications for your sleep patterns at night.

If you don’t have a blue light filter on your phone right now, it’s time to install one. They’re free in any app store.

Make sure you’re ditching all screens at least 30 minutes ahead of your planned sleeping time. That way, your brain and eyes have sufficient time to rest and you’ll spend less time tossing and turning and more time getting a good night’s rest.

Start Up Support: How To Get The Help You Need To Scale Up 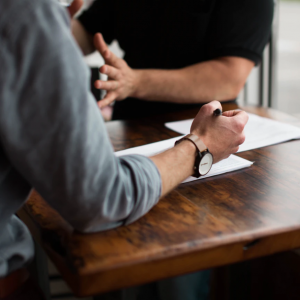 Marketing a business can be tough. There are countless ways to reach out to potential consumers and try to convince...
© Onya Magazine 2009 - 2020
Back to top