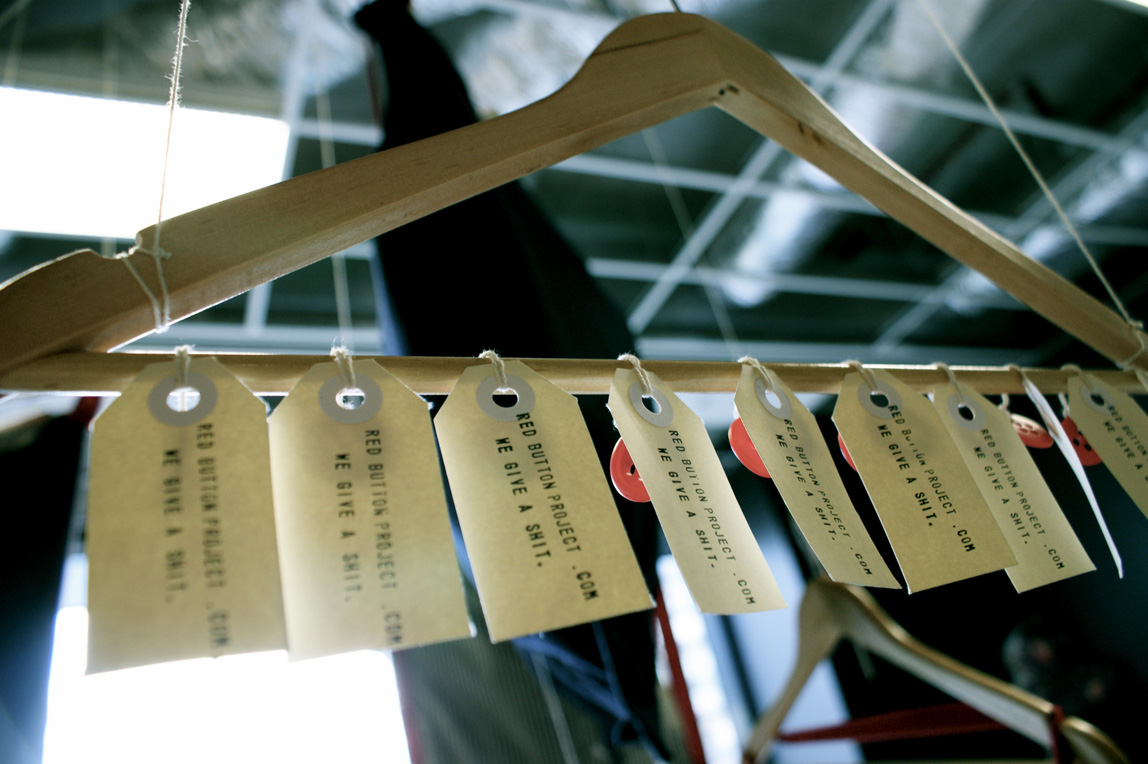 We have a bit of a problem.

As the mainstream media have dutifully highlighted in recent weeks, Australia is experiencing a glut of “green” bags. Prominently displayed in the aisles of supermarkets, these recycled and recyclable plastic bags have allowed shoppers to satisfy their eco conscience without so much as changing their consumer behaviours. But have we missed the point? By substituting the much reviled supermarket bag with green bags, we have merely created a new problem. The final piece of the environmental puzzle is that these green bags are responsible for much higher embodied energy from higher carbon emissions involved in the production process. So instead of forcing shoppers to reassess their use of disposable plastic bags and modify their behaviour, green bags have just replaced the old supermarket bags with a more energy intensive but still similar product.

Melbourne Industrial Designer TJ Lefebvre is thinking about behaviour change on a more practical (and much less environmentally costly) level with her Red Button Project.

TJ is of the view that the ‘plastic bag epidemic’ is not just an environmental problem, but a social problem, as convenience and the ease with which we disassociate from the issue are the real contributing factors. As TJ argues, the problem is an easy one for each of us to fix, by simply taking responsibility for our own behaviour and being proactive in establishing better alternatives.

Overcoming a key problem of her chosen profession – that designers design products – TJ is moving in a different direction. She is keen to show her contemporaries that instead of introducing more unnecessary products into the market place, there is room for design which teaches people to be more resourceful with the things they already own. To this end, the focus of her recent work has been the idea that we do not need plastic bags (nor the green variety) at all. Instead, she advocates the kind of resourcefulness we relied on as kids, but with a grown up twist. She does this by reminding us of the way kids use whatever means are available to transport loot gathered at an impromptu treasure hunt (especially when acquiring whatever could be found in a neighbouring yard). She recreates the way we may have used a tshirt, our shorts or a piece of fabric to carry our newfound treasures home. “How have we forgotten this?” she asks. And I suspect she’s not the only one asking the question.

At the most basic level, TJ applies the ancient Japanese art of furoshiki (fabric folding) to turn her favourite silk scarf into a simple bag. Mixing style and function, the concept is far from new and marvelously simple, but had somehow been left behind in the race for the new and novel, the latest and greatest. 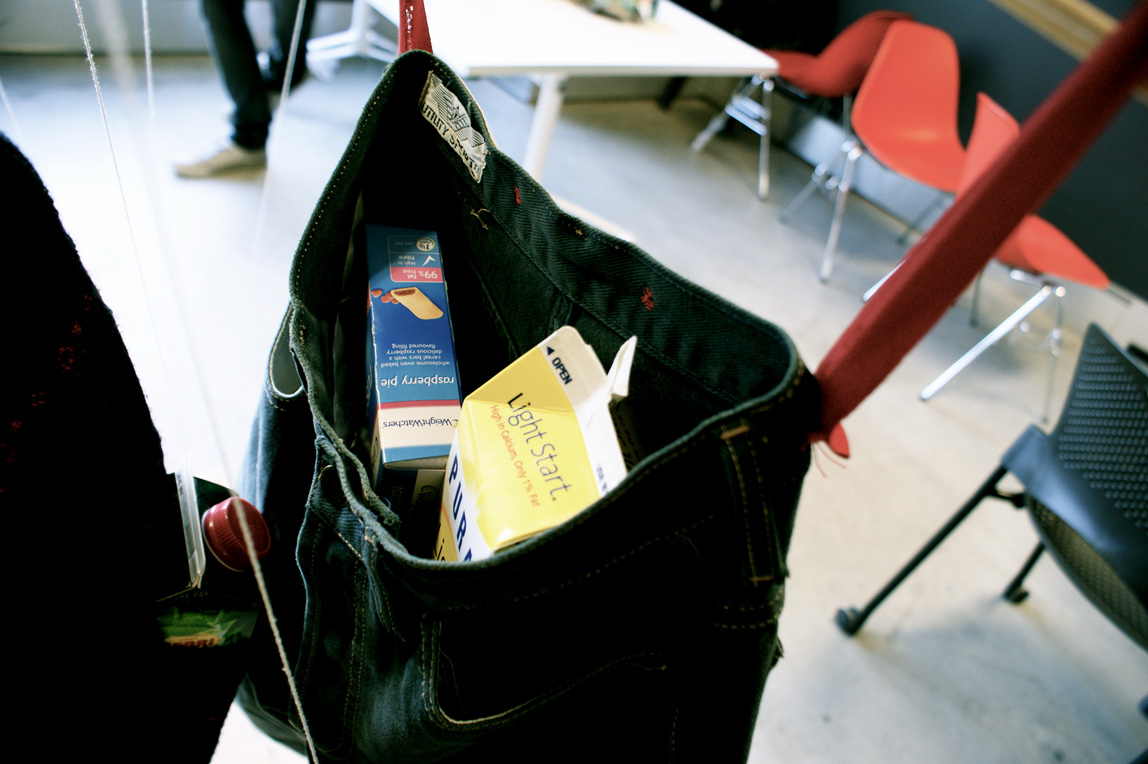 With these basic principles in mind, TJ took the idea to the next level, using her limited textiles skills to turn unwanted items from her wardrobe or pieces from a local opportunity shop into refashioned bags, giving them a new function. Though she showcases her pieces as a “display of ideas” in her Melbourne studio, she says she would prefer for people to explore the idea on their own, using their own raw materials, rather than buying a piece she has already created.

Referencing the writing of Juliet Schor, TJ is using consumerism against itself to find new uses for old products. In this way, she is reimagining the established norms and taking consumer goods to a new extreme, forcing us to rethink the product lifecycle in the meantime. 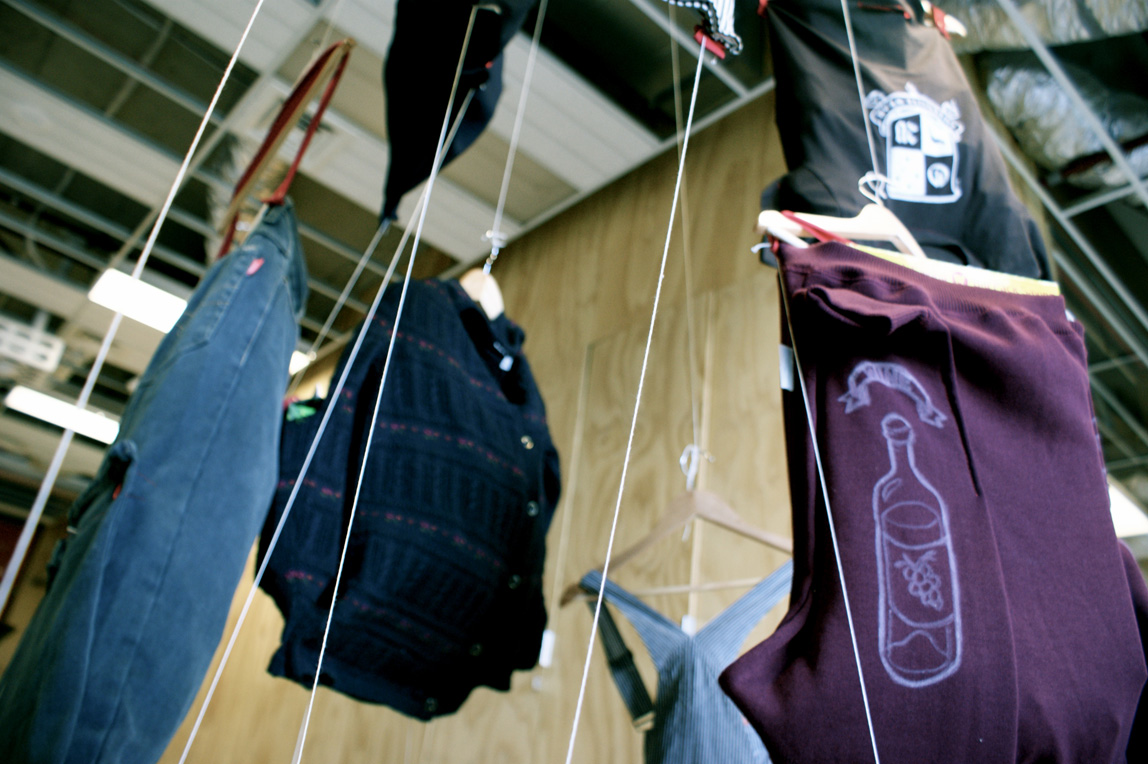 TJ worked hard to convince her supervising professor that this concept was worthy of examination, despite the fact that her project involved selling an idea rather than a product. She insists that the principles only needed to resonate with a few people, who would pass on the concept to their friends, and their friends’ friends… Using red buttons and red straps as a collective identifier, TJ says she will be happy to post them out to anyone who sees merit in the project and would like to get on board. But she leaves the process of design and creative insight largely in the hands of the creator. “I wanted to create a system that would work without me,” she says. And somehow, I think this one will.

Find out more about the Red Button Project on the blog or follow the adventure on Twitter.

There are two types of facials in this world; the relaxing, therapeutic application of pretty smelling creams, and the ones...
© Onya Magazine 2009 - 2021
Back to top