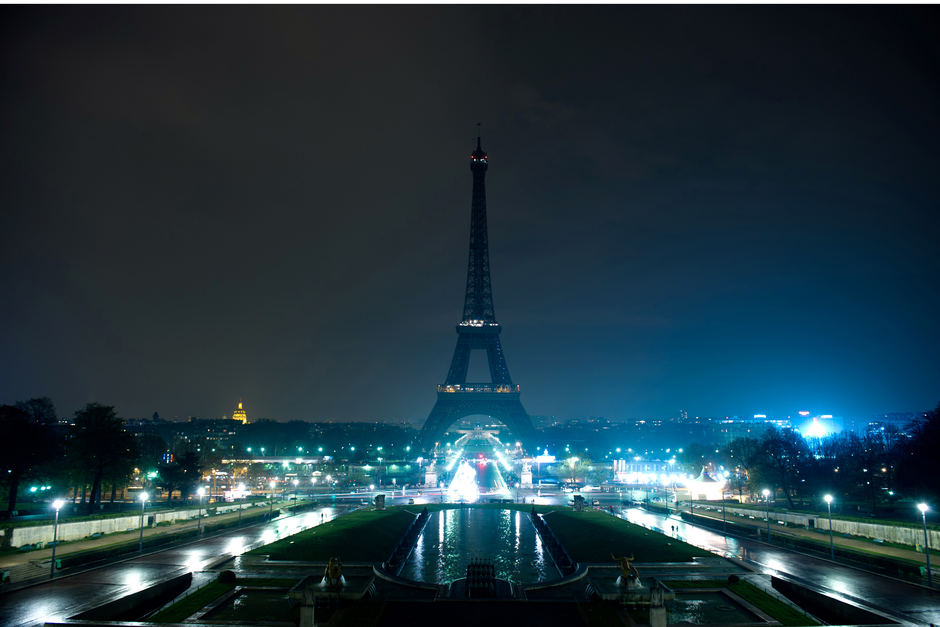 Imagine the Eiffel Tour without lights. Envision driving around Paris, struggling to make its most famous icon out as it gives in to darkness. Then conjure images of Times Square, Christ the Redeemer, and the London Eye Ferris wheel all going black. It sounds impossible that these monuments, which seem to have a life of their own, would ever be without a pool of light. Yet even they gave up their glitter and sparkle for Earth Hour, an hour set aside to have a think about climate change.

I figured that if the Eiffel Tour could do without lights for an hour, I probably could too. Whilst not a super green person, I am concerned about the environment and try to do my bit. If nothing else, Earth Hour seemed like a good excuse to share a Saturday night meal. However, just before embarking on Earth Hour, I read some negative press on the Internet from none other than John Carlson, chairman of the not-for-profit initiative Days of Change. I would have thought Carlson, being a true dedicated gung-ho greenie, would support Earth Hour, that he would see it as a good opportunity to spread the word. Yet Carlson came out against Earth Hour, saying that, “In one hour you can’t save enough energy to make a significant impact on the country or the world.”

Carlson seems to be missing the point. People who participate in Earth Hour – myself included – don’t really think we are offsetting all those petrol fumes we’ve created over the years. We aren’t under any illusion that by turning off our lights for one hour we are going to reverse the melting of the ice caps and save the polar bears. We’re not that delusional and we don’t think we’re that magnificent. Myself, and over 10 million Aussies last Saturday night, participated in Earth Hour because we acknowledge that climate change is a serious problem and we want to raise awareness. Just as we wear a pink ribbon to support research for breast cancer, we know what we are doing won’t change anything immediately, but we hope to raise awareness for the future. In 2010 more than 200 million people in 128 countries participated in Earth Hour, and if that isn’t showing that we are willing to make a stand against climate change, than I don’t know what is.

I spent Earth Hour eating pasta by candlelight. We shared conversation without the background noise of the T.V, without me checking my Blackberry, and without the gentle whirr of laptops. We thought we might get stuck for things to do, but the hour flew by. Earth Hour didn’t just make me think about climate change, it made me more aware of how much we rely on electricity for entertainment, and how often a good conversation is interrupted by a machine demanding our attention. I’m beginning to understand why, when I was growing up, my mum made us sit around the dining room table without the distraction of television or even music. It really does make for a better experience, more enjoyable conversation, and cooking seems less like a chore when you know your meal will be savoured, not gulped down. I enjoyed it so much that I doubt I’ll be waiting another year to turn off the lights, switch off the T.V, and dust off the candles. Earth Hour does a lot more than just save a bit of power.

If only awareness was raised for our energy consumption then I think Earth Hour was a worthwhile cause. I am also under no illusion that turning lights off for only one hour will reduce our carbon footprint.

Good on the organisers for doing this besides a night’s dinner spent under candle light was a coincidental bonus.

So glad to finally read someone making sense on this topic. Earth Hour will not, in and of itself, save the planet; nor is it a useless or dismissive act. It is exactly what you said it was: a tangible reminder that we need to more, and that we *can* do more.

“I want [the audience] to share that incredible feeling with the dancers, when the drums are literally pulsing through...
© Onya Magazine 2009 - 2020
Back to top