Engagement Traditions From Around The World

Engagement traditions vary wildly around the world. Here are just a few of the ways people across the globe decide to spend their lives together.

In ancient China, families with daughters they were looking to see married would hire a matchmaker. This matchmaker would find a ‘suitable’ husband for their daughter, and on the family’s agreement, arrange the marriage.

Some Chinese engagements are still arranged, but most will happen the more modern way – a couple meeting, falling in love, and mutually deciding to marry. Tradition is still strong in China, however. The groom’s family is expected to present the bride with a selection of gifts such as food or small trinkets.

In Indian Hindu tradition, engagements are a very serious business. Before any engagement can take place, the groom’s father must ask permission from the bride’s father for his son to marry his daughter. Once approval has been given, other traditions can proceed – starting with a vow ceremony called ‘Lagna Patrika.’ This ceremony, while not a wedding, is similarly binding. Both the bride and groom commit to a marriage taking place on a specific date.

German engagements tend to be more on the casual side. Rather than a diamond ring and elaborate proposal, one person presents a simple promise ring to the other. This ring is worn, like an engagement ring, on the third finger of the left hand. This represents the commitment the couple is making to each other.

When the couple is married, their wedding rings, usually the same ring but switched over, are worn on the third finger of the right hand.

This tradition is similar to Chilean engagements, where both the bride and groom wear engagement rings. However, in Chile, the rings are worn on the right hand until the wedding, and then swapped to the left.

In Scandinavia, both partners wear rings to mark their engagement. Engagements tend to be longer in this part of the world – three to four years on average. The couple then adds a wedding band on their wedding day and a third ring on the birth of their first child, if they choose to have one.

Thai engagements are a ceremony in themselves. At the point of getting engaged, the groom offers gold to the bride’s family in a tradition known as ‘Thong Mun.’ The accepted gold is part of the bride’s dowry.

In Japan, a couple isn’t considered to be officially engaged until a traditional engagement ceremony, called a ‘yunio,’ has taken place. During this ceremony, the families of both bride and groom exchange a series of gifts (nine in all) wrapped in rice paper. These gifts have special significance and represent the fantastic future the couple will have. 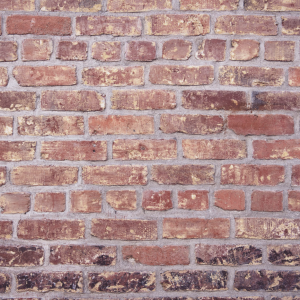 Over the years that go by, bricks have been used for several building due to their sturdiness, great structural work...
© Onya Magazine 2009 - 2021
Back to top