In the modern day, there is no bigger tournament that ignites passion across the entire globe, quite like the FIFA World Cup. Bringing together nations, teams, players and fans from almost all corner of the world is sure to excite. One of the main features in recent years has been the evolution of the official FIFA World Cup ball.

With new designs, materials and even weights, it is no wonder this familiar piece of equipment has gained such anticipation and fanfare. If you aren’t familiar with the specific balls used over the decades, then let’s dig up a bit of history.

FIFA World Cups have almost become synonymous with of the world’s largest sports brands, Nike and Adidas. When it comes soccer balls, it’s no different. The first ever FIFA World Cup soccer ball being produced by Adidas. Of course, our trip down memory lane could start nowhere else other than the original Telstar ball. The Telstar is a design that has become a household feature for any soccer fan with its 32 hand-stitched panels of black and white. Many fans will tell this you that this is the ball that started it all, the archetype of all future designs.

In 1982 Adidas took to a new design and moved away from the simple black pentagons and white hexagons. The design whilst remaining true to its roots, was modified to match the South American flair that the tournament would become destined for. The ball used for the Argentinian tournament featured a triad design similar to the 1978 match ball, but included the added feature of being waterproof through the sealed seams. That meant the ball absorbed less water and helped to lower the weight in rainy conditions. The Tango Espana was also the last leather ball to be used at a World Cup.

Let’s talk about a game changer. In 1986 the World Cup returned to Mexico but this time the ball was completely revolutionised. This tournament saw the first ever ball made of fully synthetic materials, coated in polyurethane. This new design and manufacture made the ball much more durable and ensured that water logging was no longer an issue at all. Specifically designed with artwork paying tribute to Mexico’s Aztec cultural influences, this ball really did change the face of the World Cup forever.

Skip ahead 12 years and the next innovation in World Cup soccer balls hit once more. This time around Adidas who decided the black and white design would no longer do. The 1998 World Cup ball represented the first time a multi-coloured ball was used at the tournament. To pay homage, Adidas designed the ball with the host countries national colours of red, white and blue. The colours weren’t the only thing to change though. The ball was designed with syntactic foam to improve the wear and tear, energy return and sensitivity. Improving the balls visibility was another major goal, as television continued to advance and the ball needed to be more visible and at longer ranges. The Tricolore was designed with an under glass print technology to help improve the visibility.

In 2018, Adidas made the decision to relive their glory days by redesigning the Telstar original. The ball in 2018 compared to 1970 features a new shell and panel design to provide superior performance both in stadium and outside for the fans. Arguably the most innovative soccer ball in history, Adidas paired with a technology company to insert a near field communication chip into their official match balls and replicas. This allowed fans across the world to interact with the ball and access unique content.

Over the decades the soccer balls used have changed for the better. Whether it was the design, materials or even the technology inserted. One thing will however always remain the same, the hype that surrounds this polarising piece of equipment.

Stop Bugging Me! How To Deal With Common Infestations﻿

Business Ideas That You Can Do From Home 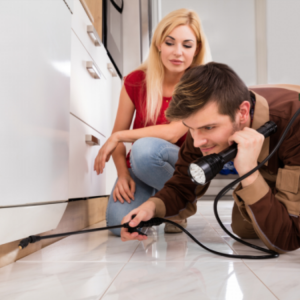 Stop Bugging Me! How To Deal With Common Infestations﻿

Australia is known for many things including its spectacular beaches, diverse wildlife, and unique culture. However,...
© Onya Magazine 2009 - 2020
Back to top