Is Having A Bachelor Degree Enough? 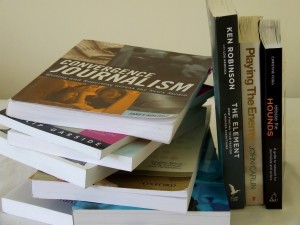 The past few years have seen a rapid rise in postgraduate enrolments and it is becoming more common place for entry level roles to be requesting such qualifications. But what factors are influencing this trend? Is it a response to the workforce demanding more than just a bachelor degree; or are the increasing numbers in student enrolments setting a higher standard in expected qualifications across the board?

According to the Australian Bureau of Statistics, there were just over 984,000 students enrolled in a higher education course in 2006, showing a 3% increase in enrolments from the previous year. Of this figure, 28% of higher education students were enrolled in higher degree and other postgraduate courses. The steady increase in postgraduate enrolments begs to ask whether a bachelor degree will be deemed a sufficient qualification for future entry level jobs.

Mr Malcolm Kinns is the General Manager of Edinburgh Business School (EBS) in Sydney. In the past year enrolments at EBS in Australia has grown by 325% and there are currently over 7,500 active students studying their Masters of Business Administration (MBA) Programme.

Mr Kinns believes that there is a combination of factors behind the recent influx of postgraduate enrolments. “A great deal is in the rise of wanting to gain extra qualifications to maintain jobs or to get new jobs. The re-training aspect is also a common influencing factor,” he said. According to Mr Kinns, in previous years a bachelor degree was more commonplace but now people are looking for additional ways to make themselves stand out.

Mr Kinns agrees that the Global Financial Crisis has played a part in influencing students to stay on at university and continue their studies because the job market has been unstable. “There appears to be a mixture of students staying on and studying further and some returning after working for a period of time. Then there are others who have lost their jobs or have a need to re-train,” he said.

The Global Financial Crisis has encouraged a large majority of people to take on postgraduate study to obtain a competitive edge as employees compete against becoming redundant. “Extra education helps people to keep their jobs,” Mr Kinns said.

Part of the motivations and reasons behind why people are choosing to return to university to obtain higher qualifications is the choice to advance knowledge and skill sets along with meeting the rising standards and pressures in the workplace to offer something extra. Mr Kinns also believes that this then prompts a shift to a need to differentiate from the mainstream candidates applying for the same job.

“Employers are looking for students to be more business ready and perhaps a bachelor [degree] is no longer adequate anymore,” he said.

But on the other hand, the requirement for a bachelor degree varies and is dependent on the industry. Mr Kinns explained that we are currently going through a new cycle in the education system and that traditional qualifications are changing.

“For example, hospitality is a very vocational industry but they appear to be moving towards an undergraduate model as opposed to the traditional diploma whereas, business courses are focused on Masters programs,” he said.

When you live in a country like Australia, one might assume that the rise in enrolment figures could be indicative of our wealth and government-funded education placements in comparison to countries overseas. But Mr Kinns doesn’t agree with this and instead thinks that the trend for obtaining higher qualifications is happening across many other countries too.

“Education is so much more broadly available across the world now. The pressure on upward qualifications is going to be a natural progression,” he said. “In countries like India, a large percentage [of people] have postgraduate qualifications so this pushes the bar up on a huge scale even though they only account for a small segment of the overall population,” Mr Kinns explained. 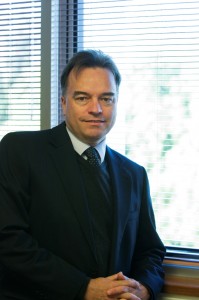 Pro-Vice Chancellor (Student Management) at the University of Southern Queensland, Mr Carl Rallings, believes the rise in postgraduate enrolments started when fee-help was introduced for these courses. He too agrees that the Global Financial Crisis has been a contributing factor. “When times are tough people look to differentiate themselves in the employment market. It’s a good time to re-skill,” Mr Rallings said.

Mr Rallings said a common trend across most sectors is the requirement for a double degree or a masters degree. “It’s not enough to have a single degree for career advancement. Having a masters or double degree is important to move up in administrative ranks,” he said.

The pressure to obtain higher education qualifications is a standard being set by the professional workplace. Where single degrees have been requested as a requirement to enter the workplace, people have responded. And Mr Rallings believes requirements for post-graduate degrees by the workplace will soon follow. “Particularly in management areas, business and private sectors, it’s really not enough to have a single degree anymore,” he said.

So will the single bachelor degree no longer be deemed sufficient to enter the professional workforce? According to Mr Rallings, this all depends on the employer. “There is that old saying: experience counts for everything. But on the other hand there is often a criteria for jobs requesting a combination of a degree and high end experience,” he said.

With an increasing demand from the workplace for employees to obtain post-graduate qualifications along with an equal response demonstrated in a rise in enrolments for such courses, should we be concerned that this will create a gap in the future workplace market? Mr Rallings thinks not. “Things are shifting all the time. Jobs will be created in ten years that we haven’t even thought of yet. The current Australian workforce is ageing and leaving. So in the long term we may see a shortage of labour workers. We’ll always be looking for skilled labourers,” he said.

For now, it seems that the PhD will remain at the top hierarchy of educational qualifications but Mr Rallings seemed confident that postgraduate degrees will become more commonplace. “There is more of a trend toward obtaining double degrees and masters degrees that are becoming more specialised, especially in the IT and web areas,” he said. The reassuring part is that universities are good at responding to market changes when challenged by the demands of society, so we can expect new courses to be created in the effort to meet these demands.

We now live in a time where it is not uncommon to see entry-level roles advertised requesting postgraduate qualifications as a requirement for the job. But is it reasonable to demand such a high qualification for a graduate role?

It seems that this is directly dependent on the profession, however, graduates can no longer rely purely on experience and are encouraged to find ways of differentiating themselves within their marketplace. Having a postgraduate qualification seems to be the ticket that most employers are now looking for. “It’s a very competitive environment out there. It could make all the difference especially if you’re up against people with no experience,” Mr Rallings said.

Image of Mr Carl Rallings thanks to the University of Southern Queensland www.usq.edu.au

The Many Faces of Homelessness in Australia

This is a fantastic article Sharon- I really enjoyed reading this. So well explianed & so true of todays requirements when applying for new job roles. Keep up the great work.

This is an interesting perspective on today’s competitive job environment.

I am currently a full time student, and witnessed many of my friends failing to secure a graduate position despite having completed a double degree and with GPAs above 6. When they asked for feedback from their interviewers, we were all surprised to learn that the area they had failed in was experience. More specifically, experience overseas.

From what I have found, overseas experience is looked upon by employers particularly favourably these days. Its understandable when you consider that whatever the profession, in today’s globalised environment the requirement to mix with people from other cultures and language backgrounds is no longer optional, especially in nations with a large amount of immigrants like Australia.

I suggest that students of today should seriously consider going on exchange, taking a gap year and living overseas and in someway taking advantage of the international programs offered by universities and gap year businesses.

I have noticed that there is a stronger demand for people with post graduate certificates, and am wondering if this is the increased demand from employers, and if anyone else has found overseas experience to be favourable when job hunting?

I think there are many things to take into account when job hunting and while I have only covered the area of qualifications and touched lightly on the equivalent value of experience, you do highlight a valid point about obtaining international experience. I’m sure this would work favourably for anyone, especially if they demonstrate how they can use skills learnt overseas in their current application. Of course, learning to mix with with other cultures and languages will become inevitable given the world we live in today.

Are you suggesting that international experience is looked upon favourably when applying for roles within Australia? Perhaps this is a demand from the workforce here but I’d be interested to see whether this same demand applies to countries across the world.

Odd that Carl Rallings would make the comment she has. As far as I can tell, he has only a single Degree when most who have a VC role have at least a Masters and in many cases are Professors.

By Sarah Kempson The Christmas decorations are safely packed away for another year and the last of the streamers from...
© Onya Magazine 2009 - 2021
Back to top