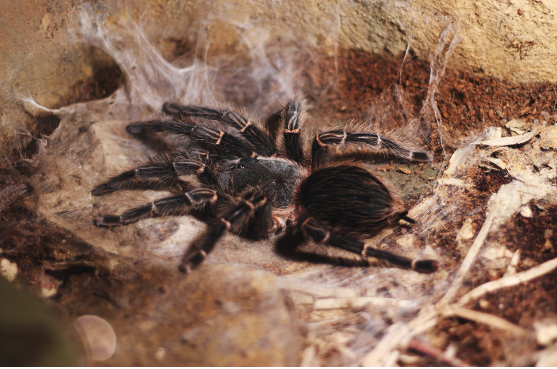 Many people associate the word “pet” with small, cuddly, and fuzzy animals rather than hairy and scary creatures. Keeping a Rose Hair Tarantula as a pet is not for all, as one wrong move will turn you into spider bait. Exotic pet owners who love a wall-crawler as a pet will consider the Rose Hair Tarantula, also known as the Chilean Rose Tarantula.

A Rose Hair Tarantula is an interesting candidate if you’ve never really had an exotic pet before. They strike a nice balance between being rare enough to stand out while still being common enough to be inexpensive, widely accessible, and well-studied.

If you’re interested in learning more about Rose Hair Tarantulas, this article will cover all you need to know about them, from basic biology to how to care for one if you decide to keep one as a pet!

What Is the Rose Hair Tarantula, Exactly?

The Chilean Rose Tarantula is another name for the Rose Hair Tarantula, which is also recognized as the Chilean Fire Tarantula. They earn their name because, while some can appear light grey, many have a faintly pinkish hue, with some also appearing rosy. You’ve probably seen them in pet shops, as the Rose Hair Tarantula is among the most commonly distributed spiders in North America. Their popularity is primarily due to their mellow nature (compared to other spiders with more aggressive personalities), low maintenance and care regimens, and ease of breeding for breeders who market them to pet stores.

The Temperament and Behavior of the Chilean Rose Tarantula

When handled too frequently, Chilean Rose Tarantulas may become defensive or fussy, raising their front legs to warn you of a possible bite. On their abdomen, they have spine-like hairs which carry a mild venom. When they are threatened, these hairs are expelled from their bodies. Urticating hairs are irritants that cause a rash on human skin.

This nocturnal spider is known for being obedient and relaxed. However, this arachnid’s moody disposition makes it seem otherwise at times. Thanks to their curious nature, these Chilean Rose Tarantulas are notorious for making a mess in their enclosures.

Typically, a small 5-gallon to 10-gallon tank or Rubbermaid container would suffice. Bear in mind that the Tarantula’s enclosure should be two to three times larger than its leg span, and the height should be equal to the spider’s width when choosing a tank size. Be sure to provide enough space for a thick burrowing substrate. Since Tarantulas like to dig down and hide, they can use hollowed-out logs, trees, or cork bark as hiding spots. Synthetic or living plants have adequate additional protection for your pet Tarantula for calming and preserving it.

Your spider’s enclosure’s bedding helps it to burrow while also reducing the bitterness of the polished glass or plastic floor. As a substrate, use 2 to 3 inches of peat moss, clay, vermiculite, and crushed coconut husk. Choose a substance that is easy to tamp down. To achieve the ideal consistency, add a little water, but select a material that will dry quickly if the water bowl spills. A tarantula may become agitated if the substrate is too damp.

The temperature in the terrarium should be between 70 and 85 degrees Fahrenheit. If your residence temperature drops below this range, we recommend using an under-tank heating pad to warm up their habitats. As mentioned previously, Tarantulas don’t like wet habitats. Maintaining a dry (but not parched) ecosystem is vital for happy Tarantulas.

Keep the Rose Hair Tarantula out of direct sunlight and in a dark corner of the room. Instead of using incandescent lamps, which can dry out a tarantula, use a nocturnal or infrared light to keep an eye on your Tarantula at night.

The digestive tract of a Rose Hair Tarantula is meant to digest liquid food, so the spider vomits digestive enzymes onto its prey to strip it down into a liquid before slurping it up. Live crickets and other giant insects are the primary food source for Chilean Rose Tarantulas. Ensure that the food is the right size for the tarantula, and discard any uneaten live feed to avoid injuring a sleeping tarantula. Adult tarantulas eat only once or twice a week, while juvenile spiders eat more often. Feeding should take place at night because they are nocturnal.

The Rose Hair Tarantula should be kept hydrated by placing a small water bowl within its enclosure. Be sure to clean the dish and refill it with fresh water often.

Something is wrong if your spider climbs walls, acts erratically, or spends much of its time at the top of its tank. It may be something as simple as too much humidity in the atmosphere. Use a relative humidity meter or gauge to maintain the ideal humidity range of 65 to 70%.

Molting is a natural process for all tarantulas. Your spider is likely to be stressed at this moment. It may refuse to feed and remain motionless for extended periods; it may even turn over or even lie on its back. Do not be shocked if this occurs. Your tarantula isn’t dead; it is simply undergoing a normal yet perilous growth process that, if disrupted, could prove fatal. After the molt is complete, you must avoid handling your pet for a few weeks because its new skin has not yet hardened and is prone to tearing. Any harm would be lasting and may be fatal.

How to Get a Chilean Rose Tarantula

Buying a Chilean Rose Tarantula from a pet shop is fine as long as you verify that your new pet has been well cared for. However, it is advisable to seek out a breeder since they are generally more cautious than retail stores. Buying from a breeder also ensures that you are not helping an enterprise that is depleting the wild population of this animal.

Popular Essential Oils And Their Benefits 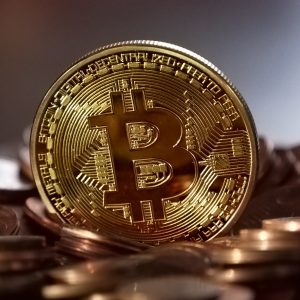 Bitcoin takes after mechanised gold according to various perspectives. Like gold, bitcoin can't simply be made self-emphatically;...
© Onya Magazine 2009 - 2021
Back to top