With there being so many issues surrounding plastic bottles, Coca-Cola is about to embark on a trial of a paper one. They have a prototype ready to be used, and later on, in 2021, they will put 2,000 onto the market. Hungary is the country that has been chosen for sales using paper bottles. The grocery chain Kifli.hu has been selected to stock AdeZ, one of Coca-Cola’s plant-based drinks. They are hoping it will be as much of a success as book of dead.

It will not be the first time that drinks have come in containers that are not glass or plastic. Milk still comes in cartons, and they have been used for more than 100 years. The concern is that milk is not carbonated, and using the same type of container for a carbonated drink may not work well. The big plus when using a paper bottle is that it will be better for the environment. The paper will be much easier to recycle and is also biodegradable. It will be a big plus for all involved if they can get a reusable item.

It was only in 2020 that Coca-Cola’s Research and Development department met with other organizations to develop the sort of paper needed. The other well-known companies involved are Carlsberg, The Absolut Company, and L’Oréal. Paboco, the Paper Bottle Company that has just started in Denmark, is also involved. The bottle they have created, and hope will be good enough, has a shell made of hard paper. It is lined with bio-based plastic, and that is also used for the lid. It has been emphasized that the bottle is still a prototype, and they need to test it more to see how well it works with the drink inside it.

What is Required of It?

They need to know that the bottle is sturdy enough, and the contents will not deteriorate. Despite this not being known, it is going to be used, and it will be up to customers to give feedback on the performance of the paper bottle. Although it is hoped that this receptacle is going to be a success, there are further steps that Coca-Cola wants to take. The ultimate bottle for them will be one that is 100% recyclable and can be used for all beverages. The hope is that not only will you be able to recycle it, but it will actually be made from recycled material in the first place.

A spokesperson from Coca-Cola has said that this trial is an important step in their plan towards having a paper bottle. They believe that the public expects them to be pioneers in areas such as this and want to be successful. They do, however, accept that they need the help and support of a firm that works in this field, and Paboco was the ideal partner.

Vitamin C: How Does It Work And Why Do You Need It

ZoomOut: A Way To End An Awkward Video Call 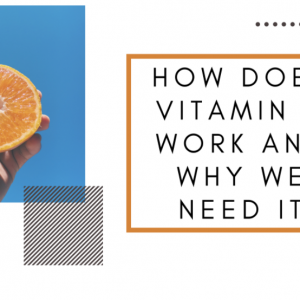 Vitamin C: How Does It Work And Why Do You Need It

We’ve all heard about Vitamin C. Whether it’s from our mums, teachers, or that fitness-focused friend. But what actually...
© Onya Magazine 2009 - 2021
Back to top