CBD Oil For Depression: Does It Work?

Depression can be long-term and can affect a person’s career and personal life. The World Health Organization or WHO has reported that about 264 million people worldwide are affected by depression. While prescription medications are available, like anti-depressants, alternative and adjunct options are also available, such as CBD oil.

In this post, you’ll learn more about cannabidiol or CBD oil and its benefits in reducing the signs and symptoms of depression.

Read Also: How Can I Find The Right Divorce Lawyer

What Is CBD Oil?

Cannabidiol or CBD oil is extracted from hemp plants, which is legal in all 50 states and is Farm Bill compliant. Cheefbotanicals explains that CBD oil can be infused in food and beverages, and is non-psychoactive because it contains 0.3 or less percent tetrahydrocannabinol or THC. CBD works within the body, helping support recovery. Also, it can help manage everyday stress levels and depression.

Serotonin is considered a happy hormone. It’s an important neurotransmitter and chemical in the human body, which helps regulate mood, social behaviour, digestion, appetite, memory, and sleep, among many others.

There’s a link between depression and serotonin. In fact, Paxil Paroxetine is a selective serotonin reuptake inhibitor, an anti-depressant that helps regulate serotonin production. High serotonin levels in the brain are associated with happiness and elevated mood. On the other hand, low serotonin levels are linked to depressive symptoms, such as feeling upset, sad, and having a generally low mood.

Gamma-Aminobutyric acid or GABA is a main inhibitory neurotransmitter of the central nervous system. It means that GABA inhibits or blocks certain brain signals, reducing neuronal (nerve cells) activity, which plays a significant role in mood and other cognitive functions, producing anti-anxiety effects.

Here’s how CBD and GABA work to help combat depression:

Dopamine is a chemical or type of neurotransmitter in the nervous system that sends messages to nerve cells, acting as a chemical messenger. Also, it affects how a person thinks, plans, and feels pleasure.

Dopamine plays a vital role in mood, motivation, and reward. A person who works hard to reach their goal gains satisfaction and happiness, which is partly due to the dopamine rush. However, people who are depressed have low motivation and dopamine levels.

Here’s the relationship between CBD and dopamine:

How To Pick And Use CBD Oil For Depression

Not all CBD oil products are the same. There are three main CBD types, including isolate that contains “only CBD” without other cannabinoids. The second type is full-spectrum CBD, which contains all cannabinoids that are naturally found in a marijuana plant. Broad-spectrum CBD contains several cannabinoids without THC.

Here are some tips when choosing and using CBD oil products for depression:

Other CBD Products For Depression

Other CBD products are available today that can be used in managing depression, such as CBD buds for vaporising using a vape or vaporising device. The onset of effects when vaping CBD is almost immediate, calming the tensed and stressed out mind and body. Also, CBD edibles are available, like CBD gummies, CBD cookies., and CBD brownies.

CBD oil helps people better manage the signs and symptoms of depression and helps people better. It can be combined as an adjunct treatment or supplement with traditional anti-anxiety medications. With the findings shared above, it’s safe to say that CBD can help regulate serotonin, GABA, and dopamine receptors in the brain, which help manage stress, increase motivation, and, eventually,  combat depression.

The Importance Of Having A Routine During A Lockdown

1 In 6 Aussie Adults Fear The Dentist: Here’s How To Manage Your Dental Anxiety 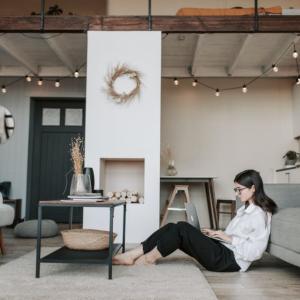 The Importance Of Having A Routine During A Lockdown

For a great number of people, our lives have changed dramatically with the Covid-19 lockdown. Some of us are still adjusting,...
© Onya Magazine 2009 - 2021
Back to top