The global covid pandemic has affected the ways of our lives in many different ways. Most importantly, its influence on the global economy was quite dramatic, and a lot of countries are facing a financial crisis, even the countries with global economies. In the economic crisis, we mean the events such as inflation, increased unemployment rate, and closing of SMEs that were contributing to the global economy with high portions.

All the countries had their own crisis management and tools to cope with the pandemic so that to ensure their citizens’ health and on the other hand, secure them from losing their jobs as many businesses were unable to continue their activities online and were forced to close. None of these countries were able to stop the unemployment rate or other above-mentioned problems, this is why they started imposing stimulus packages which include economic help to those, who lost their jobs during the pandemic, and those who did not, they were helped with the proper equipment, (sanitisers and masks) to protect themselves from the virus.

Australia was among the countries that were quite generous in terms of stimulus packages. The government has pledged to spend $311 billion to combat Covid-19, including $20 billion for health care and $290 billion for economic stimulation. One of the biggest attention was paid to give the SMEs the opportunity to restore their activities.

The main reason why we see a positive forecast in terms of the Australian economy is the vaccination rate that the country has, which means that more than half a million people are fully vaccinated.

The International Monetary Fund has revealed the economic outlook which consists of new data and with the report, it is visible that the Australian economy in the post-covid period has outperformed many other countries’ economies, countries with major economies. There were many different forecasts about the percentage of growth. The IMF  was expecting 4.5% by this year and 2.2% next year, while the Washington-based research center was anticipating 3.5% growth by 2021.

The GDP, which is more than 1 trillion dollars, has also played an important role in making many industries work in the country. During the pandemic period, when people were restricted from going out and all the activities we were doing from homes, has made the industries, such as the financial market even more popular, as they were perceived to be the ways to generate some financial profits. It also helped the capital turnover even more and GDP in Forex trading appeared to be playing an important role. As a result, the percentage of people involved either in the forex or crypto-industry dramatically increased.

This research reveals that, over the last year, they have outperformed all major advanced economies, but they still have a long way to go, but it is visible that Australians can see the end of the tunnel.

In the most recent projection, the IMF predicts a greater rebound for the global economy in 2021 and 2022 than it did in January. In 2021 and 2022, the global economy is predicted to increase by 6% and 4.4% respectively, compared to 5.5% and 4.2 percent previously. However, they still warn about the possible risks and flaws that might occur from time to time since the covid pandemic is not defeated yet and the vaccination process is not over, which still makes some restrictions quite valid for this certain time.

The report concludes that a lot still rests on the vaccine race. Improved vaccination efforts and speed can boost the prediction, but the new virus types that were discovered for example in India, that elude vaccines can cause a significant drop. Despite the Reserve Bank of Australia’s attempts to stimulate the economy with record-low interest rates, the IMF predicts that Australian inflation will remain below the central bank’s 2-3 percent target zone by the end of next year. Inflation is expected to be 1.7 percent this year and 1.6 percent in 2022, which was also concluded in the report.

Philip Lowe, the governor of the Reserve Bank of Australia, maintained on Tuesday that he does not intend to raise the cash rate from its record low of 0.1 percent until 2024 when he expects inflation to be safely within the target zone. The IMF also predicts that Australia’s unemployment rate would not drop below 6% until next year, with a figure of 5.5 percent in 2022. The unemployment rate surprisingly fell to 5.8 % in February but the employment rate is now murky since the government’s job keeper pay subsidy program expired last month.

In Pursuit Of Perfection: Tips To Find Your Dream Wedding Gown 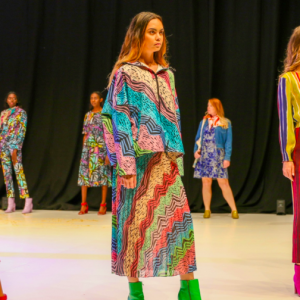 After a successful event held in Darwin in late 2020, Country to Couture will bring its exclusive runway to our screens...
© Onya Magazine 2009 - 2021
Back to top