Australians are incredible people. I’m Australian, so I might be biased – but don’t just take my word for it.

There are stories everywhere that speak for themselves. Not the sagas of heroes that go down in history, but the ones of the man next door. The colleague at work. The everyday Australian with the extraordinary tale to tell.

And that’s where I come in. 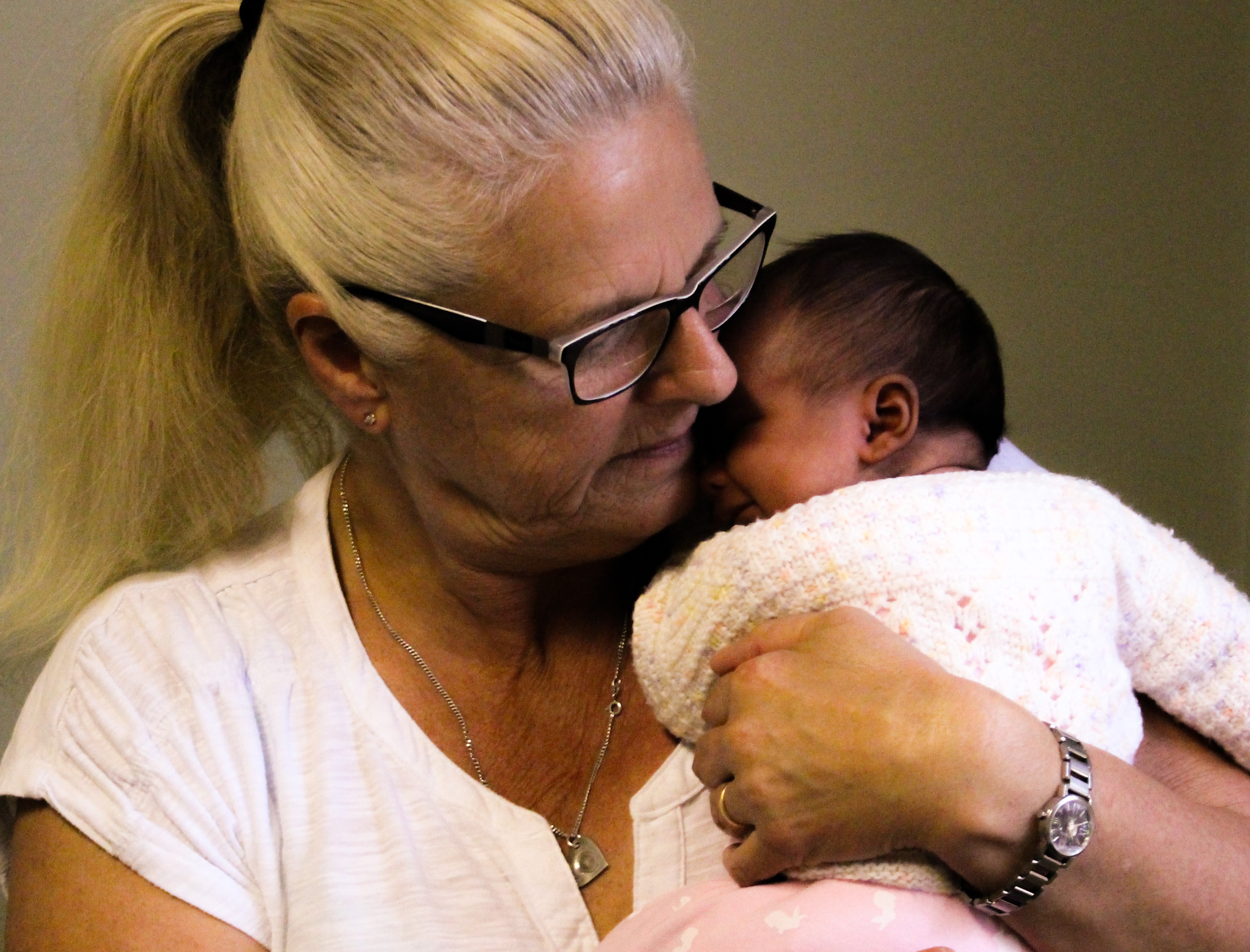 The child in her arms is tiny.

Baby Lara is six weeks old and fits snugly in a knitted doll’s jumper. Of Indian-Fijian descent, her eyes are big and dark. And wary.

Her mother is a drug addict. She was high on heroin when Lara was born, somewhere between six and eight weeks premature. The hospital staff don’t know the exact time frame and have no way to tell.

So, at six days old, she came to Sheila.

A 62 year-old grandmother from Frankston, Sheila is married with four children of her own. Her husband, David, manages a company from 8am to 5pm, five days a week, while Sheila works at home. When time permits she’ll knit or garden – but spare time for Sheila has been rare for a while now.

For 14 years she has been caring for foster children such as Lara – sometimes for days or months. Sometimes for years.

“I’ve always wanted to do it,” Sheila says.

“My kids grew up and didn’t need me anymore – you know, not like little kids do. So when I read an article in the paper one day asking for foster carers, I applied.”

She laughs a little and corrects herself.

“Well, I told my husband we were going to foster and then applied.”

She makes it sound easy, when the reality is anything but. After deciding to foster, Sheila spent over two months going to classes, relearning how to raise a child. The lessons were unlike anything a regular mother might learn.

“You have to go through a lot of training, listen to different stories about sexual abuse, drug abuse, what the effects are on the children and how you will cope with that,” she says.

Sheila has looked after babies that have been neglected, born on drugs and hurt, sexually and physically. For a week she had a small boy with brain damage.

He’d been thrown at a wall.

“It makes you angry inside, but you can’t let that show. Instead you cuddle them, show them that they’re loved. That they’re safe.”

She says she doesn’t distance herself to cope with these situations but takes the complete opposite approach, despite the emotional strain.

“I seem to give more of myself in these cases. I think each baby deserves it. They don’t ask to be born.”

Lara fusses, and Sheila resettles her higher on her chest, over her heart. The action is smoothly done, almost second nature, and it works. The baby yawns as Sheila explains how the foster children come to her, and how she has learnt to care for them.

“You pick what age group you want to look after – I picked zero to two,” she says.

“Then you get all the information before you get the child. The on-call worker rings you to say they’ve got a baby, whether it’s new born or a few months old. Then they say what’s happened.” 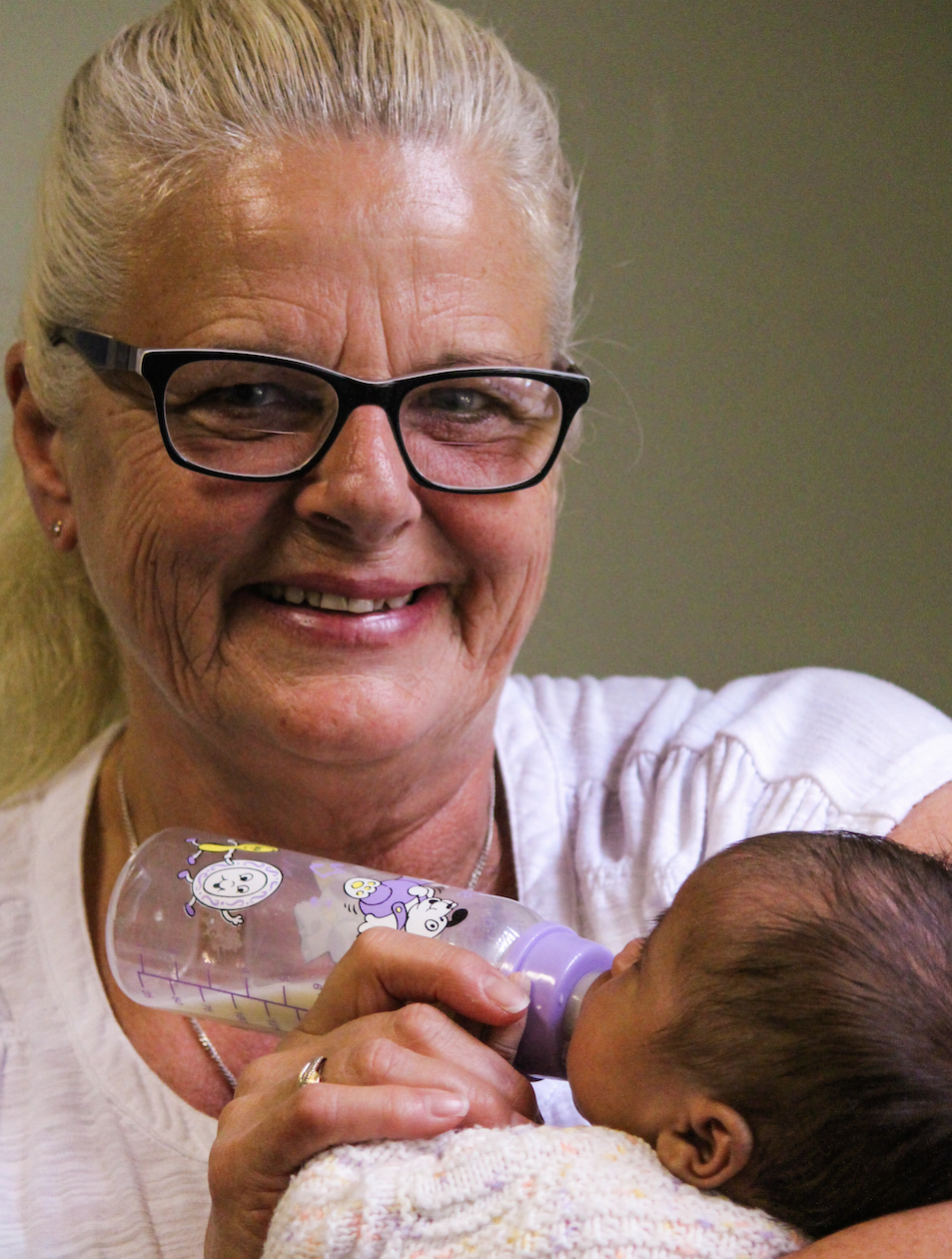 After years of fostering, Sheila has become an expert in detecting the signs of abuse. Some, she says, are more obvious than others, like bruising or shaking.

“Lara had the jitters every now and then for the first couple of weeks because her mother was high when she was born,” Sheila says, in example.

“Lara was withdrawing – and babies have to do it cold turkey.”

Some signs, however, are more subtle.

“Some babies won’t make eye-contact. They will look everywhere else but at you. They don’t like being cuddled, because they don’t know that sort of touch; and they don’t cry.”

She says even a week-old baby learns the lesson – you cry, you get hurt, so you don’t cry anymore.

“So you cuddle it, talk to it. I hold the babies tight so that they know I’ve got them – they can feel the security. And I hold them where they can hear my heart beat.”

Over the years, Sheila has fostered about 20 children, often with only a few months respite between each. She remembers every child – from James, her first, who came to her at about 18 months of age – to Lara, her current. She also keeps in contact with as many as she can.

“After James, I got Cory, a little pre-adopt – a child whose parents had given him up for adoption,” she explains.

“Cory was a four day-old New Zealand boy who stayed with me for about five months until his new parents took him.”

It’s Cory’s story that brings to light the emotional strain of fostering, on everyone involved.

“He’s got great parents, but initially they were ready to give him back because he gave them a hard time for two weeks – he cried and cried. But then he settled down.”

She pauses for a moment, then continues.

“They came to visit when he was seven. He looked at me and said, ‘Why didn’t you want me?’ And I said, ‘I did want you, but your mum and dad wanted you more.’”

According to Sheila, Cory was satisfied with the answer and, with a hug, the matter was settled.

But six years later her eyes are still shadowed by the memory.

“He felt he’d been abandoned twice, you see. By his birth parents and then by me.”

That’s one of the reasons she stays in contact, if she can. Another reason is simply because she loves each child she looks after.

“I treat them as though they’re my own children. When it’s time to give them up it’s heartbreaking – but there will always be another who needs help and I can do that. That’s the way I look at it, anyway.

“I love them, they break my heart, but there will always be another.”

It’s nearly time for her to give Lara up. She recently met the child’s grandmother, who is already looking after two other children from the same daughter.

“She wasn’t going to take Lara; said she couldn’t keep doing it. She’s a single lady. Divorced. 54. And now she’s going to spend the rest of her life bringing up children.”

Lara visited with her grandmother for the first time last week. According to Sheila, it didn’t go well. When the baby came home she curled up in a tight little ball.

“A sign of distress,” Sheila explains. “She was very unsettled.”

Her tone of voice suggests the baby was not the only one unsettled by the separation – something Sheila does not hesitate to admit.

“It will be hard to give her up. I always say with the next one I won’t let myself be attached.”

She looks at the sleeping baby in her arms.

“There’ll be tears,” she admits, and smiles. “But then, there always are.” 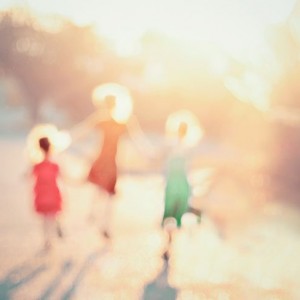 1. Travelling broke can be more rewarding than travelling in luxury. 2. A hot shower is a privilege we take for granted...
© Onya Magazine 2009 - 2021
Back to top