Australian of the Year 2011 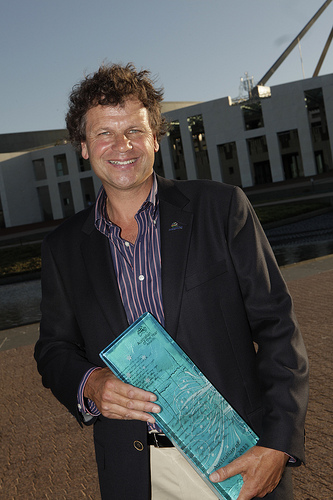 A Victorian businessman and philanthropist has been named the 2011 Australian of the Year.

Simon McKeon is the executive chairman of Macquarie Group’s Melbourne office but performs the role on a part-time basis, allowing him to support a range of causes and organisations.

The 55 year old from Brighton, Victoria is on the board of World Vision Australia and is involved with the Global Poverty Project and Red Dust Role Models, which works with remote indigenous communities.

He is currently chairman of the CSIRO and Business for Millennium Development which encourages business to engage with the developing world. Simon’s achievements also include a World Speed Sailing Record with crewman Tim Daddo.

Mr McKeon, who was diagnosed with multiple sclerosis 10 years ago, recently retired as Founding Chairman of MS Research Australia and Founding President of the Federal Government’s Takeover Panel. 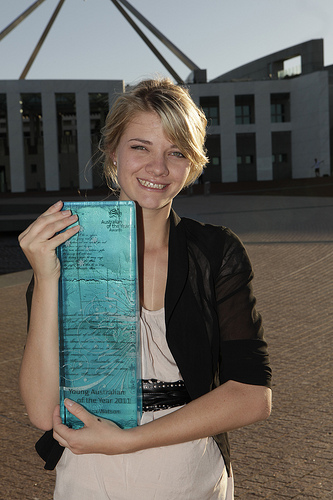 The Young Australian of the Year 2011 is solo sailor Jessica Watson. The 17 year old from Buderim, Queensland sailed solo for seven months, unassisted, non-stop around the world at the age of 16.

Defying criticism from those who said her task was destined to fail, she sailed through dangerous conditions and some of the world’s most challenging waters, such as Cape Horn and the Southern Ocean. The teen adventurer survived multiple knockdowns in her yacht, Ella’s Pink Lady, and endured 12-metre seas and 75-knot winds. 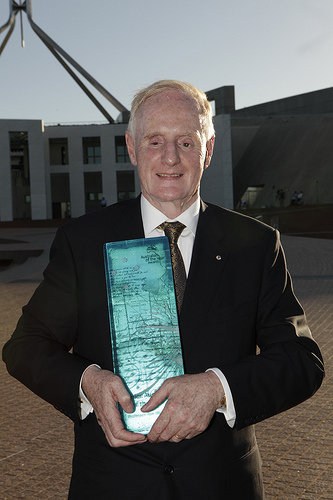 The Senior Australian of the Year 2011 is equal rights campaigner Professor Ron McCallum AO of Artarmon, NSW. He is the first totally blind person to have been appointed to a full professorship at an Australian university. Professor McCallum has passionately pursued equal rights for working people across the globe and was the inaugural President of the Australian Labour Law Association from 2001 to 2009.

He is currently Chair of Radio for the Print Handicapped of New South Wales Co-operative. The organisation operates radio 2RPH, which reads out newspapers and magazines over the air for blind and other print handicapped listeners. 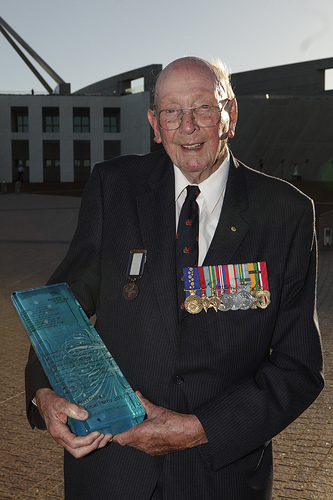 The Local Hero for 2011 is Don Ritchie, who has saved more than 160 people from killing themselves at The Gap, Sydney’s notorious suicide spot. The 84 year old from Vaucluse, NSW lives by the notorious cliff, and keeps an eye out for people likely to jump. For years he has been coaxing people away from the cliffside by inviting them back to his home for a chat over a cup of tea.

CEO of the Commonwealth Bank, Ralph Norris, who has been the major sponsor of the Australian of the Year Awards for more than 30 years, congratulated the award recipients. “These four extraordinary people we celebrate as Australians of the Year 2011 have been nominated by their fellow Australians – perhaps the greatest accolade there is,” said Mr Norris. “They represent all that is great about the Australian character.”