6 Ways To Make Moving House Easier For The Kids Moving home is a stressful time; there is so much to think about and so much to do, not to mention the fact that it is an expensive experience! It can put a strain on relationships, and it can cause real distress, even if the move for positive reasons. When it is all over, and the boxes have been packed away, the people involved can look back and know that all the worry was worth it, but at the time it is happening, it can be an extremely unpleasant experience.

It can be equally as stressful for children, and perhaps even more so because children don’t generally have a choice as to whether they move or not. Their parents will simply tell them that they are looking for a new home and there isn’t a lot that the kids can do about it. It is one of the reasons why moving home can be so tough on children, especially if they are moving a long way from friends and family. Here are some excellent ways to make moving much easier for the kids, reducing your stress along the way.

Sometimes it’s not the move itself that is the cause for concern with children; it’s the fact that they aren’t involved in any of the decision making, including the need to move in the first place. If you can involve them in the process, they will feel more included, and it will make them feel happier about it all.

Don’t let them know too far in advance, however, that you are moving because you don’t want them to have too much time to think about it – just enough to get excited, not enough to get concerned. Around one to two months before the move should be just right. When you do let them know, explain to them the reasons for the move, and check with them that it’s okay. Then, ideally, take them with you when you go to look at new places to live, such as the homes at Villa World. They won’t have the final say, but they can have some valuable input, plus it gives them the chance to be involved.

Give Them Some Control

Although they won’t have the deciding vote when it comes to the new home you have chosen, or perhaps even the new area, there are some things that they certainly can have control over. They can pick out their own rooms (within reason) and choose how the new décor will look, as well as opting for their choice of furniture. It’s little things like this that can help a child with moving home as it gives them the feeling that the new place is theirs, rather than just somewhere they happen to be moving to.

If your kids are of school age, it’s far better to move during the summer vacation than during the school year, assuming they are changing schools, of course. That’s because it will be easier for them to fit in with a new school and a new class when everyone is new, rather than in the middle of a term when friendship groups will already have been defined. They won’t want to be the ‘new kid’ as this can make moving home feel much more difficult than it already is.

Starting late in the school year also means that they will need to catch up on work, putting them at a disadvantage and making life stressful for them. They won’t be able to enjoy their new home or take time to make new friends because they will be doing a lot of school work, so choose your timing wisely.

One of the best things you can do to make children more comfortable about moving is to stick to your usual routines. If you have movies nights or game nights, or days when you all eat together, make sure you still do that, even if you are busy with the move. These routines need to be kept to as close to the moving date as possible, and they need to be started up again as soon as you have arrived in your new place as you can. These familiar routines will make your child feel calmer and more at home no matter where they are living. Keeping up with all the usual things will help to make them realise that nothing has changed apart from the building they live in.

Moving house is not fun, and adults know that. Children, however, don’t have to know that if at all possible. Try to make games out of as much of the situation as you can. There will be lots of bubble wrap around, so that can be played with. Boxes can be used as places to hide in, or make them into cars and enjoy a made-up game together (until the boxes are needed, of course!). Give points out for the quickest person to pack their clothes away, or tidy their books. Work out these games beforehand so that if there is a moment when your child seems upset or bored, you can quickly get them playing and distracted.

The worst thing you can do is to show your child that you’re stressed. If they can see that you are worried about the move, they will feel worried too. After all, you’re the adult, and you’re supposed to be in control. If you’re concerned about something then, in the eyes of the child, that must make it truly terrible. So although you will be stressed and there will be a lot to do, always keep your child in mind and keep calm around them. Be positive about the move at all times, even if (and when) you don’t feel as though it was a good idea. This kind of soothing influence will do wonders for your child in keeping them happy and excited about the idea of the move, and it can save everyone a lot of stress in the long term.

6 Tips For Talking With A Child Who Stammers 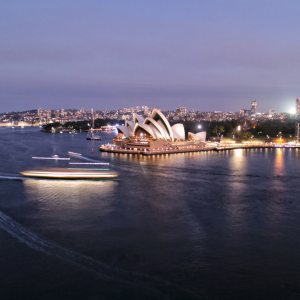 Australia is positioning itself as an open-minded, forward-thinking country when it comes to the world of blockchain...
© Onya Magazine 2009 - 2021
Back to top