You may have noticed people who have solar panels on their roofs or building which make use of solar power windows and other systems. These may at times appear to be some of the most advanced technology available which makes you decide if it is worth it to get your own solar power system set up. Although it may appear to be costly for some, it is known to be more as an investment. Here are 4 benefits of solar power for home owners.

Solar Power can greatly cut down the costs on your bills as it can be used instead of relying mainly on the grid most of the time. The usage of a solar battery can provide you with a good amount of electricity for you to use both during the day and for later in the evening. People have been known to save a lot of money by relying on solar power since it basically absorbs energy from the sun and will charge whenever the sunlight is present. Having more solar panels can greatly increase the amount of electricity that you generate and depending on your own consumption, electricity exported to the grid which is also known as electricity sold back to the grid, may cause a large reduction to your bill.

If combined with a home battery system you can also generate power during the low cost day period and use it during the more expensive peak period.

Being classified as renewable energy, solar power is a good way to preserve the environment as renewable energy does not cause any harmful effects that cause pollution. This is a clean way to get electricity and more usage of solar power systems will eventually improve the cleanliness around those who use such technology. This allows you to sustain your home with the assurance of having and ecofriendly source of electricity for your everyday needs. Not only will you be saving money but you will also be saving the environment as well with the usage of a solar power system.

Solar panel systems are mainly made up by electronic components rather than mechanical parts which means there is less need for maintenance other than a few checks done every year as well as some basic cleaning. The only part that needs to be replaced is the inverter which is suggested to be changed after around 10 to 15 years while its other parts need only to be rinsed and wiped clean with proper cleaning materials. As long as the solar panels system is clean, especially the solar panels as well as making sure they are not blocked by any shade, electricity is guaranteed to be generated well with little worry of other maintenance needed.

Professionals may be hired to do a full inspection to make sure that your solar power system is functional and is in good condition or you may purchase tools which can help you check this. With its compatibility with several technologies it may be connected to a hub or a monitoring system which can keep track of its performance as well as its condition.

A lot of different kinds of renewable energy exists today but one that we can actually have in our own homes with little to no problems are solar power systems. These great innovations can give what is close to infinite energy due to the requirement of only sunlight to create electricity. It may seem like a handful at first but later on it does prove its worth once you see how it can cut your costs in the future.

Taking Up Hockey: A Great Sport To Try 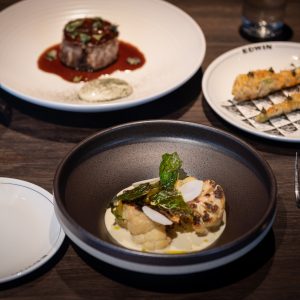 Far from sitting in the shadow of Melbourne’s world-famous food and wine scene, Edwin Wine Bar & Cellar at the new Shadow...
© Onya Magazine 2009 - 2021
Back to top