3 Things Australia Has That Are World Class

Being so wide and spacious, Australia is a continent all on its own and a great place to live in, and if you can’t do that, at least try to visit it. You might only know a few cliche things about Australia; kangaroos and land snakes might top your list, but there is much more going on in Australia than you actually know about.

It’s a bit difficult to narrow down the list to three things about what is grand about Australia, but you can use them as a starting point to get your interest going, so let’s give it a shot.

Every year certain Australian cities will make it in the top cities to live in list, and that’s no easy feat. It’s almost impossible for any one country to have more than one city named best to live in. While other cities are good, Melbourne and Sydney are world-class cities and always tend to make it in at least the top 20 list. Cities that are chosen to be the best are based on several factors including: infrastructure, education, safety, health, among others. Sophisticated, secure, fun and enjoyable, and good standard of living make certain cities in Australia have the traits that are sure to attract you.

You can find the most beautiful and scenic golf clubs in Australia. Both men’s and women’s golf have official tours belonging to the International Federation of PGA Tours. The southeast side of Melbourne is home to many courses, while going farther south along the bay leads to several newer courses.  Being a pass time as well as professional sport for many, golfing is nothing new to Australians so it’s no surprise that Australia is home to some of the most expensive golf courses world-wide, the Royal Melbourne Golf Course being one of them which can be compared to California’s Pine Valley golf course. It is often ranked as the top in Australia as well as in the world, constructed in a way that presents a challenge to all golf players and fans. If you’re intent on playing in one of the world’s best golf courses, then this course must be on your list.

The reef is one of Australia’s natural gifts and world-class attraction. Did you know it’s the largest ecosystem in the world and the only living thing visible from space? Divers and snorkelers from all around the world come here for an unforgettable time.  You can combine the United Kingdom, Holland and Switzerland, and it will still not be bigger than this natural wonder. Snorkelling and diving with the colourful fish and other sea creatures is what makes the Great Barrier Reef a winning highlight of any trip to Australia.

Very few countries, even if put together, have what Australia has to offer for its tourists and natives. With beaches, national parks, golf courses, islands, and more it’s a haven for those seeking something new. For some stunning landscapes as well as urban living exploration, Australia has got it all and ready to invite and host you.

A Buck's Party The Bride Approves Of 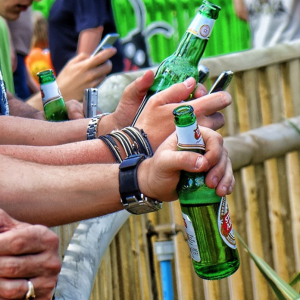 A Buck's Party The Bride Approves Of

Planning a bachelor party for your best friend can be tricky. Indeed, the bachelor party is typically held in the weeks...
© Onya Magazine 2009 - 2020
Back to top