Over the years that go by, bricks have been used for several building due to their sturdiness, great structural work and the uniqueness in design. Nowadays the simple of the appearance of a commercial building can mean a lot to people and having a good look will definitely have an impact and affect the opinions of people. Although brick designs change over time and new ones come out every now and then while people focus on one theme or design, there will always be designs that look great no matter what, that a lot of people prefer over the rest which are considered by most to be the most trending brick designs.

Back then we only had simple bricks laid out going all the way around just to complete the structure that was needed. The would be very dull if everyone had the same design so to spice things up different brick patterns became available and with the proper measurements with the right shapes and colors of bricks, new creative designs become available and very trendy making the simplest structures look unique.

The use of all dark colors or all light colors became very dull to most at a time and people have found it nice to look at a brick design that more than just a single shade. Mixing light and dark shades has appeared to make buildings look much better whether they were in a pattern or a more spread out design. Looking at bricks that have different shades makes it more lively and takes the feeling of a plain old building and makes it look interesting.

A lot of people already know what bricks are made out of and why bricks are used for buildings but a new trend of having bricks coated or painted with a different color which resembles a different material has become popular. There are bricks that have been painted with gold, metal, marble and even wood finishes just for the fun and creativity of making the brick look different which turned out to actually make the structure look very catchy. Instead of a building painted to look like a simple material it appears as the material that was painted came in the form of their own blocks used to make the building which looks pretty awesome when you look at it.

Image Made Out Of Different Depth Bricks

Some people it creative and artsy to put images on their buildings but not as creative as building the image out of bricks. A simple image can be created on a building by changing the depth of the bricks by either placing half bricks or leaving a layer of bricks without covers to make a space which makes the unfilled parts appear as an image from afar. This can also be emphasized with different shades on the inside of the brick wall.

Bricks Of The Same Theme

Instead of using a single color or combining two random colors, using bricks of the same theme can really bring out the color of the building. Getting colors of the same group or colors of the same trendy themes can mix into a really good output once finished. Having a mixture of colors that go together will really be easy on the eyes and will get to those who appreciate a good looking piece of art. Not only will the building look good but it will also be quite unique.

Going back into a historic type of design, going for a renaissance theme with your bricks may be a bit old fashioned for some but with the right colors and design, the look can be pulled off. Renaissance themes always look good because of the way they have always been, evolved over time and are still used. Most of the modern designs actually come from them and they have inspired brick designs till today. Keeping things classy is a really good way to design your building as well.

Instead of you normal square or rectangle flat arrangement of bricks you could change the way the building is shaped in means of corners, curves, window or doorframes, archways and more. Having a building that is shaped differently can really bring out its appearance and attract the attention of people. Not only does it look catchy but it also provides a different feel from your everyday modern design. Bricklaying experts Brickit notes that you can use standard bricks with architectural style laying – which can give you a stylish look at a cost effective price point.

When you say bricks, people will mostly just think of a rectangle used to build which is measured to perfectly fit where it should. Others have changed this by making bricks of different shapes and instead of just going for a rectangle there are several different shapes which include bricks that bend like a zigzag, go straight like a line or has three points like a triangle to the most creative of shapes out there. Using different shapes and putting them together to build that design becomes really nice to look at.

Bricks should always be new as they need to be sturdy and in good condition but there is also a trendy where people would like the bricks to have that old, historic and time faded look. People would mix bricks that are new of course but with the design and color of old material and colors that appear to be the effects of bricks that have lasted for centuries but only in design. The creativity of making bricks look as such makes some building stand out in their unique and special way.

While most buildings have bricks that are all laid out on the same parts having a flat surface across the whole wall, some have found that having a pattern where the depth of the bricks could be changed. Instead of having a flat wall, the depths of some of the bricks would be changed so they would form a pattern which goes on until the building is full of the design. This may appear tiring to build but the way the building looks after is remarkable and very trendy nowadays due to its creativity.

There are a lot of brick designs for buildings and most of them depend on the tastes of the owner or owners of the building or of the company that owns the building. Each design can have its own effect on people by just having them look at it. A building that stands out essentially makes people comfortable and also becomes satisfying in certain ways. Knowing what are the trending brick designs can really help you choose which design you might like and would be best for your building. There are many to choose from but whichever one really catches your eye and your mood is what you should include in your list of choices.

8 Effective Tips For Traveling With Kids

Engagement Traditions From Around The World 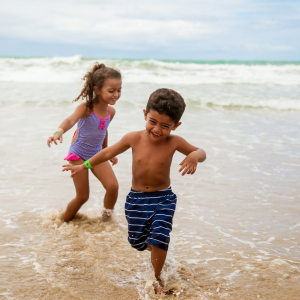 8 Effective Tips For Traveling With Kids

It’s not always easy when you travel with the kids, but with a few guidelines, you can make your trip a little easier...
© Onya Magazine 2009 - 2020
Back to top