For the first time in over one hundred years we find ourselves in the midst of a full blown pandemic. Restrictions have been put in place for the good of humankind. Countless lives have been lost and we are all still very much at risk.

So for months Australians – and the rest of the world – bunkered down in an effort to get on top of this virus which spreads faster than an STD at schoolies. For the first time we were forced to stay at home and encouraged to binge watch anything and everything. We consumed every kind of entertainment (and snack) to keep ourselves amused. We were comforted by our old favourite TV series like The OC and Kath & Kim. Many people in Australia are still living like this – and the reality is, there is no clear end in sight. Which is why interactive entertainment could not be more relevant or necessary than in 2020.

Now the problem with re-watching the classics is – we know how they end.  But what if you could change that? What if you could decide that instead of Ryan dropping Marissa off at the airport, he went and hung out with Seth at the Bait Shop instead? What if you could regain some of that independence while still complying to all the restrictions? Where an ending didn’t have to be THE ending and your experience would more than likely be different to your mate’s – solving all those awkward, “yeah.. so.. what’s new…” conversations.

According to chooseyourownadventurebooks.org interactive fiction goes all the way back to 1959 in the work of Story As You Like It by Raymond Queneau. Ten years later Edward Packard wrote Sugarcane Island, a prototype for the forthcoming hugely popular Choose Your Own Adventure series. And if you were born in the 80’s or 90’s I’m sure you’re very familiar with R.L Stines’s immersive Goosebumps books. More recently interactive fiction has crossed over to television with the likes of Black Mirror: Bandersnatch, and Unbreakable Kimmy Schmidt’s interactive special, Kimmy vs. The Reverend. These are exciting times which are revolutionising the way we consume entertainment.

Now sprawling on the couch, eyes fixated to the screen like a moth to the flame is all well and good – in moderation. But no one can deny square eyes (amongst other things) will be a side effect of Covid 19. Thankfully, YOU have options. Recently I released an interactive choose your own adventure podcast called Would You Rather… It’s loosely based on the game and the further you venture, the harder the choices become. The listener plays the role of a social media influencer from Melbourne. You witness something – what happens next is up to you. There are over 20 different inter-connecting storylines which you can enjoy while you… get your one hour of fresh air, try and master sourdough or clean the house for the bazillionth time.

2020 has been a tough year, to say the least. Which is why it is the PERFECT time to get amongst choose your own adventure storytelling (hint hint – Would You Rather…) and regain some of your autonomy in a fully immersive and safe way.

Do's And Don't From Dealing With A New Injury 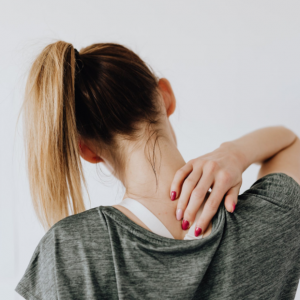 Do's And Don't From Dealing With A New Injury

Have you recently discovered that you are suffering from an injury? If so, it’s important not to panic. Most injuries are not going...
© Onya Magazine 2009 - 2021
Back to top