The Country Where Class Structure Runs Hot and Cold 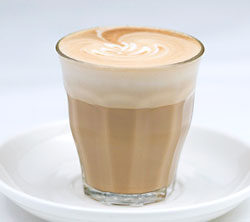 If you think it’s hard figuring out where you stand in society these days, what with its complex rules about appropriate behaviour and status and class, then I have some bad news for you: the coffee bean has made it even harder.

The problem began, as they all inevitably do, with politicians. Stop me if this distilled, oft-uttered soundbyte is familiar: “Well, that’s the sort of thinking we’ve come to expect from the latte-drinking, champagne-swilling elite! They don’t understand the problems in the real world.”

Thanks to a lifetime listening to three second grabs from politicians, where complex arguments were handily boiled down to esoteric insults, it was made clear to me that certain people were Out Of Touch and definitely Not To Be Trusted, and these people could usually be identified by what they liked to drink.

I wasn’t entirely clear on why “elite” was a bad thing. I’d always thought it had meant “best”, so why was it now a pejorative? Had we really got to the point where being qualified to lead was considered a detriment?

Even as I scoured the streets for these so-called “elites”, peeking into coffee mugs and checking champagne flutes for unacceptable French champagne or passable cheap sparkling white, I was hiding a secret of my own: I, myself, drank lattes.

I had become the very thing I was told I was supposed to probably hate. Deep down, I knew I should have been drinking cappuccinos, but there’s something about the ratio of milk to coffee in a latte that I prefer. Plus, if you’re somewhere that makes really bad coffee, the milk can usually help disguise this. Unless, of course, they burn the milk, which is all the more likely if it’s the sort of place that makes bad coffee. But I digress: you don’t need to know why I liked lattes, I just did.

Did this make me the enemy? I studied politicians’ statements for clues. Apparently, the problem was usually with “latte-drinking, champagne-swilling” types, so was I only in trouble if I drank my latte and then swished some champagne around my mouth to clean it out? Such a taste would be tremendously unpleasant. Maybe that’s why we were to fear these people, these elites, who believed that coffee beans and grapes mixed, that hot milk and bubbles went well together.

But no, as I drove around Toorak – one of those suburbs that’s usually touted as an example of left-leaning elitism, despite the fact they traditionally vote as conservative as is physically possible – I could see that the lattes and the champagne were kept separate.

So, what was it about this drink that indicated not just a left-leaning disconnection from reality, but a pinky-raising, quasi-feminine feyness that was to be mocked by All Real Australians?

I wouldn’t get my answer, but I would get something even more confusing: ads for iced coffee.

In what must surely be the oddest turn in advertising since cricket players started trying to sell me air conditioners, ads for iced coffee drinks have taken a strong, manly turn. Voice overs scream slogans at us in an alarming manner that suggests someone set fire to Jimmy Barnes. Logos EXPLODE out of ROCK in VIOLENT outbursts. Flannel-wearing tradesmen are shown drinking iced coffees with their lunch, throwing it down their gullets in one long masculine gulp, surely giving themselves severe stomach cramps. (Although it does explain why they all go home at 3pm.)

Iced coffee is the drink of real manly men, the commercials tell us, for no discernable reason. The only thing I can think of is that it was down to a single demographic report, presumably put together by a statistician’s mother when the statistician realised it was due in the next day and he’d get in trouble if he didn’t hand it in.

What I don’t understand is how the temperature of the beverage can turn me from Marie Antoinette into Bruce Springsteen. Because, let’s face it, the ratio of milk to coffee is almost exactly the same in both drinks. In fact, there’s probably more milk in the iced coffees, so that cannot be the source of the feyness.

Is it really down to hot vs cold? Does this argument work if we slippery-slope it in the other direction? Perhaps all those Toorak people spend their evenings drinking hot champagne, and tradies go home at night to an ice-cold can of chilled Pinot Meunier?

Let’s take this to the extremes: if the coffee gets so hot it actually evaporates, will breathing in the fumes turn me into some intangible Marxist deity, floating high above the world I can no longer relate to? Will freezing my iced coffee and eating it ice cream-style make me the Incredible Hulk, grunting monosyllable phrases and smashing building to pieces?

I keep coming back to the word “elite”. If the word is now only employed when trying to appeal to blue collar working joes, then it must refer directly to the people who hold all the power: namely, politicians and marketing executives. So if they tell us that our position within class structures is defined entirely by the temperature of our caffeinated drinks, who are we to argue?

Love the article, I had always wondered about the ice coffee ads using utes and stunts to sell milky syrup.
But wait, there’s more! How about the ‘serious’ coffee drinkers, the tailored shirt wearing, long/short black drinkers out there that spit in the face of the humble milk bottle. Will there be no end to this madness?!

I’ve never understood why coffee, when chilled, is considered masculine but at the regular temperature it’s feminine. It’s a curious substance.

Great article. I’ve been having trouble with those manly iced coffee ads!

It's around this time of year, when the sun finally decides it really does exist, that we start to remember we once wore...
© Onya Magazine 2009 - 2021
Back to top