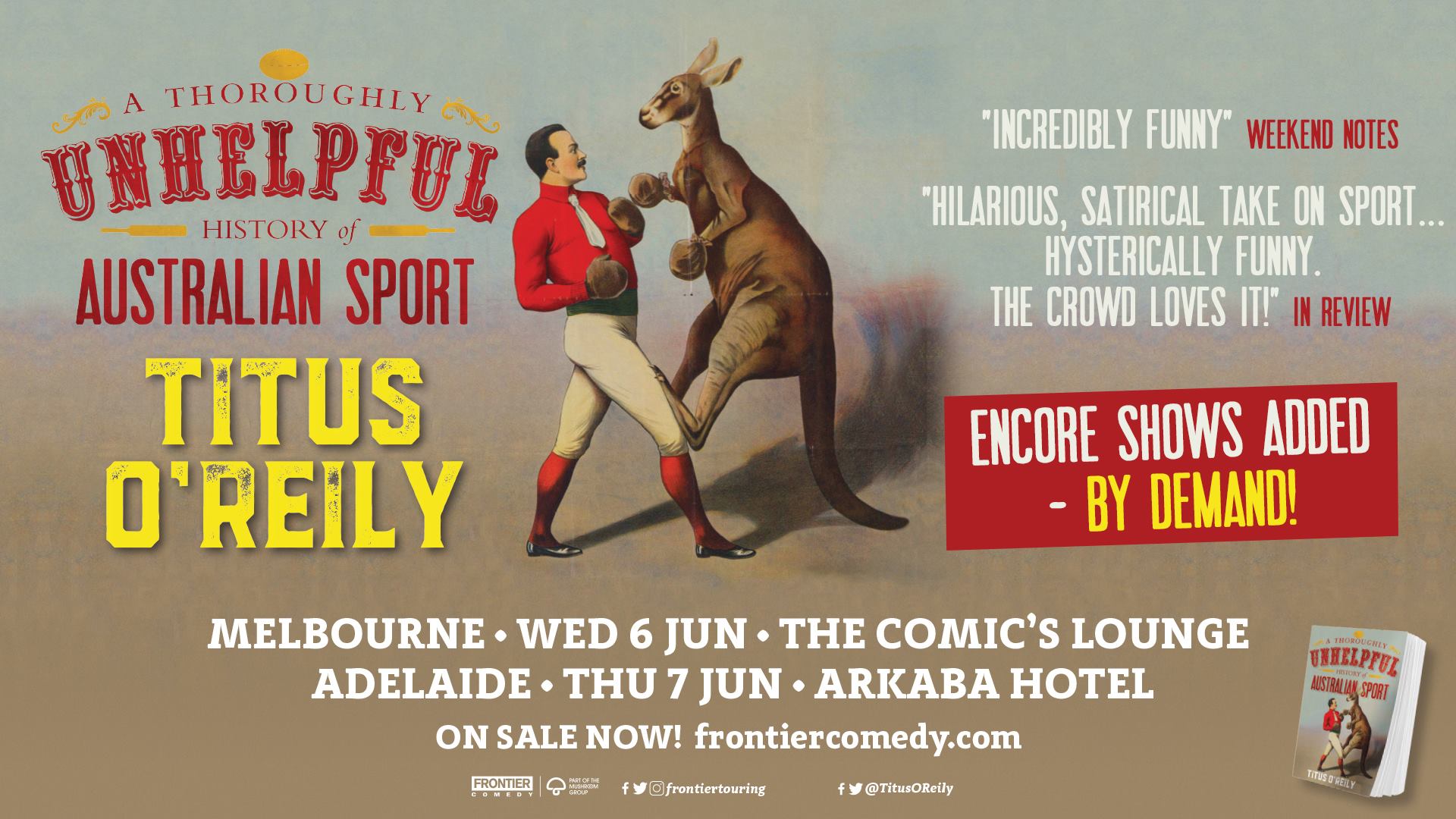 Following a highly-successful debut which sold out multiple nights at the 2018 Melbourne International Comedy Festival, sports satirist Titus O’Reily has added an encore performance of his one-man show A Thoroughly Unhelpful History Of Australian Sport at Melbourne’s The Comic’s Lounge on Wednesday 6 June.

Fans in Adelaide will also be able to see the hit show, based upon Titus’ bestselling book of the same name, for the first time with a one-off performance at Adelaide’s Arkaba Hotel added on Thursday 7 June. Tickets to both shows on sale now.

From Don Bradman’s focus to Steven Bradbury’s heroic not falling over and the alarming number of footballers caught urinating in public, sport has shaped Australia’s sense of self.  In his new show, Titus (Channel 7, Nova 100, Herald Sun) explores the scandalous and bizarre history which has led to this nation’s great love affair with sport.

Part history, part social commentary and part the ravings of a madman, Titus examines: League vs Union and what your preference says about you as a person; why it’s the AFL’s fault that Victorians are so awful; how soccer is the biggest threat to Australia since communism; how cricket is not boring; how horse racing is not just a way to launder your money; and the Olympics (or why Australia is only important every four years).

Don’t miss Titus O’Reilly as he brings his bestselling book to life live on stage, weaving humour and history into one hilarious yet surprisingly informative show, in Melbourne and Adelaide this June. Tickets on sale now.

5 Things to Take Care of Before the Roof Replacement! 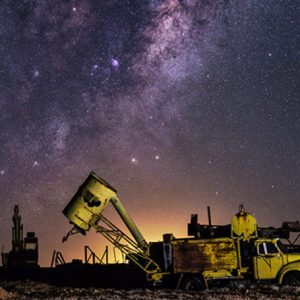 A family owned eco-tourism business plans to bring visitors deep into the desert of South Australia to experience the night...
© Onya Magazine 2009 - 2021
Back to top