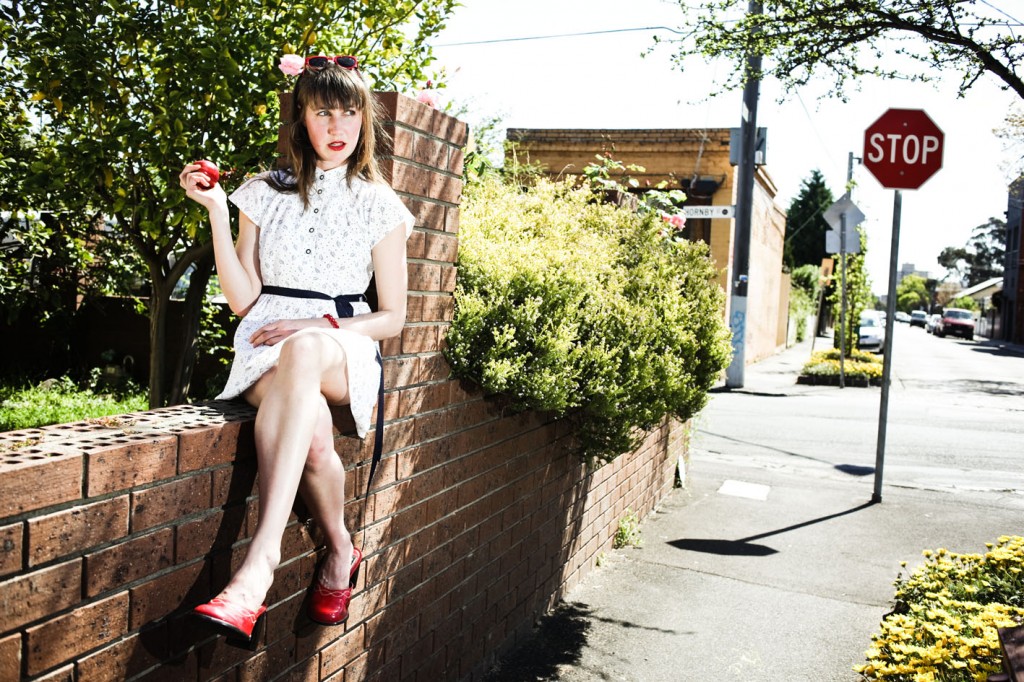 Feminism, stereotypes, and male dominance are all hard-hitting themes explored in Elfriede Jelinek’s first Australian production, Princess Dramas, showing at Red Stitch. The play is compiled of three short parts: Snow White, Sleeping Beauty, and Jackie. However, they’re as you’ve never seen them before. All three ‘Princesses’ explore what it means to wait for a Prince, and society’s expectations of the female form. Whether we are talking body image, clothing, or sex, Princess Dramas has enough content to keep a feminist scholar occupied for years.

Unfortunately, Jelinek is also quite hard work. The play itself is barely more than a script, and indeed, the second act is essentially a 12 page monologue. It felt at times that the actors were too busy memorising lines and studying the meaning of the script to actually incorporate much acting. This isn’t to say they can’t act – Dion Lee in particular showed flashes of brilliance – just that they are so stunted by the script they can barely let go. The audience, too, found it hard to get past the enormous word count; there were a few more empty seats after the interval. They wouldn’t regret it either; Jackie involved even less action and more speaking than the first two.

It is hard to criticise a play when the original is clearly a challenging work, but it can’t help but be said that this could have been done better. The focus for the audience became mastering the difficult language and trying to understand the plotline, as opposed to settling back and enjoying the performance. Indeed, the emphasis seemed to be on the script, not the play itself. As the play wore on, and accents slipped slowly to their natural Australian, I couldn’t help but feel I was at a reading, not a play.

Director, Andre Bastian, has made the most of a small stage with plenty of props, different lighting, and hidden layers. However, the props and set struggled for meaning at times – Chinese calligraphy framing Sleeping Beauty’s bed was particularly mystifying. Projection added an interesting element to the second half, but lost its appeal when the same images were rotated over and over in what was a lengthy span of time.

Fans of Jelinek’s work might have a greater appreciation of Princess Dramas. For the rest of us mere mortals, make sure you come armed with a prior understanding of the plot and language. Otherwise, you might find yourself more confused than entertained.

Princess Dramas is running until Saturday the 2nd of July at the Red Stitch Actors Theatre in St Kilda, Melbourne.

Macarons are arguably the lightest, creamiest mouthfuls of meringue-like goodness your tongue is likely to lay buds on, and since...
© Onya Magazine 2009 - 2021
Back to top