The Leenane Trilogy – The Beauty Queen of Leenane 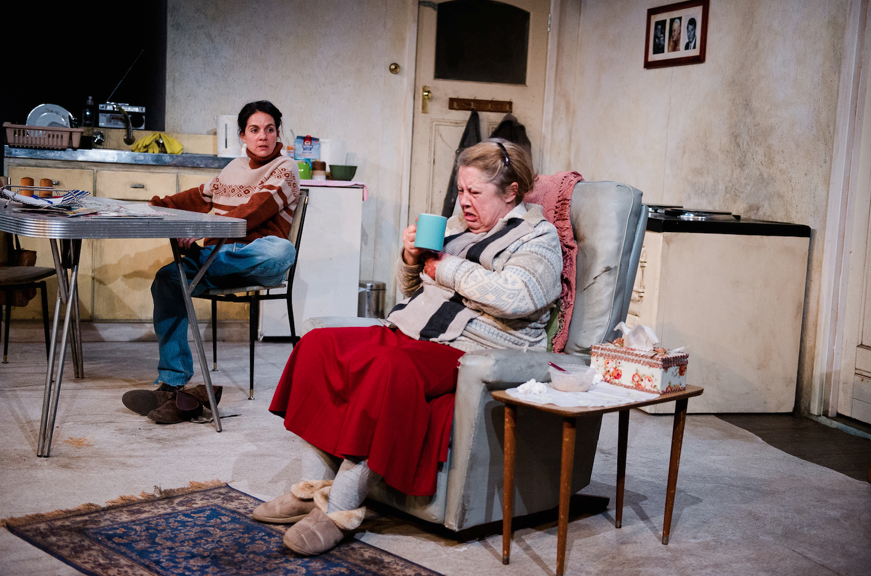 The first instalment of the KIN Collective’s Leenane Trilogy was so beautifully done that it has created an almost unbearable amount of anticipation for the next two plays.

Even as we entered the theatre, the wonderful Noni Hazlehurst was waiting on stage. She certainly created a far cry from her much-loved Playschool days, looking like she’s been passing the time shooting up with Jemima, after kicking the stuffing out of Big Ted.

She inhabited the role of Mag; the bitter, self-pitying, manipulative mother to Michala Banas’ Maureen so fully it was enthralling to watch. Martin McDonagh’s words and story were as dark and hilarious as always, but it was each of the four actors on stage that created such an intense and beautiful play to watch.

The thick Connemara accents were phenomenal from each of the actors. Hazlehurst packed every movement with a bitterness and self-pity that few could match. How an actor can make you despise her with a passion generally reserved for real life betrayal, whilst also wrenching on your sympathy seems logically impossible. 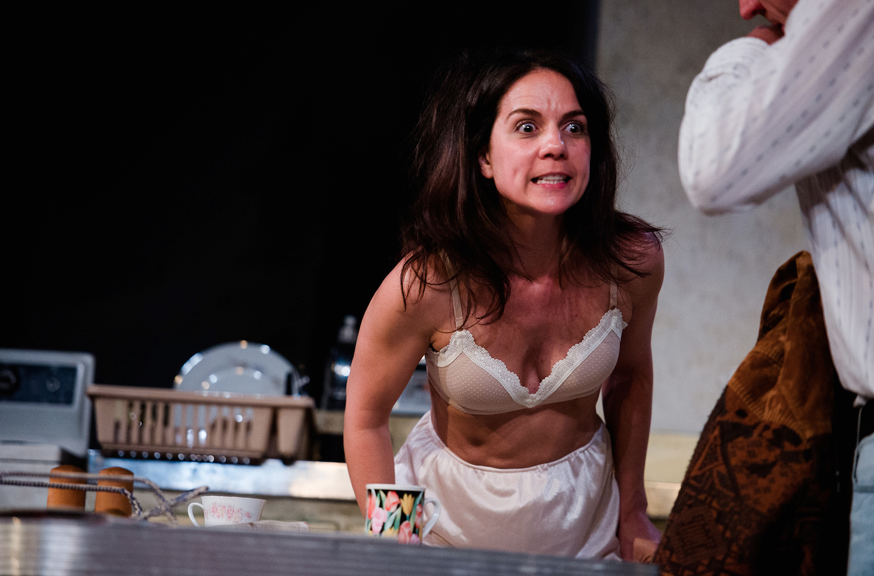 Banas visibly wore the heaviness of her interactions with Mag in her shoulders, with Mag’s words wearing her down to within an inch of breaking. Declan Eames’ direction had the relationship between Mag and Maureen played to an intense rhythm that never faltered. At times managing synchronized sips of tea and nose wipings, beautifully dripping with both their mutual loathing and complete interdependence.

Linc Hasler plays Pato Dooley, Maureen’s love interest and her only chance of escape. He beautifully acts as the ‘normal’ mirror to this beautifully doomed pair. His tenderness in the role showed both a chance of freedom for Maureen, and the relief in someone who sees a beauty in her despite the ugliness wrought from her relationship with her mother.

Dylan Watson is Pato’s brother, and plays the energetic, self-absorbed local boy wonderfully. Although he wavers a bit in the final scene, it’s easily overlooked with the energy of his delivery.

I accept that most things in life are somewhat subjective. One man’s Mozart is another man’s Nickelback and all that. With that in mind though, if you don’t love The Beauty Queen of Leeenane, there is something objectively and deeply askew within you. 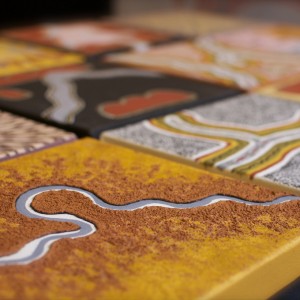