In the acclaimed show 52 Days, Aidan ‘Taco’ Jones takes us on a journey back through time, telling wild and reckless stories of his past that will make you giggle, cackle and maybe even snort a little. Each story is cleverly written on a deck of playing cards, one for each week making up 52 experiences.

These tales are not always so fondly remembered however, with some that’ll make you cringe, squeal and even gasp in disbelief. In spite of his crazy antics, the montage’s key takeaway is about self-awareness and personal growth through early adulthood, when we all make our mistakes and ride those familiar yet steep learning curves.

Performing since 2012, Aidan is a seasoned comedian and featured in the Edinburgh Fringe in 2017 with his solo show The Abersham Flat, before touring it in Dublin, Barcelona, Paris and Berlin. He then returned to Australia, performing sold out runs at the Adelaide Fringe and Melbourne International Comedy Festival in 2018.

Aidan’s second show 52 Days comes to Australia after another sell-out run at the Edinburgh Fringe in 2018. His honest and humble storytelling feels like you’re spinning a yarn with an old friend, covering three continents about heartbreak, prison, fireworks – nothing is off limits! Make sure to see his show during the Melbourne Comedy Festival as tickets are selling fast!

7 Ways Parents Can Help Their Child With College Application Essays 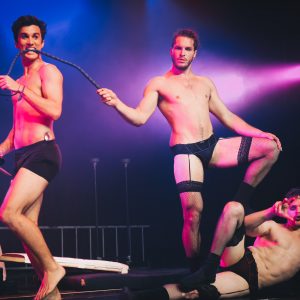