Melbourne comic and writer Matt Harvey is not lying when he says he is more storyteller than stand up. I Got Bit By a Monkey Once is an intimate exploration of five true stories that won’t have you rolling on the floor, but laughing in light bouts. Harvey knows this, and he forewarns the audience accordingly.

A monkey, a bus trip, a fire, an arrest and a mugging are the topics of choice for Harvey’s hour. The recurring themes: stupid choices that come with hard consequences.

Described as “like Eat, Pray, Love if nobody learned anything significant and all the ‘eat’ part happens in a McDonalds,” Harvey’s show is intriguing and entertaining.

Harvey, a seasoned theatre performer, tells tales of moments of weakness, laden with enough subtlety to give the audience autonomy to realise the undertones and messages of each. There’s nothing in-your-face about it.

In an hour that feels less like stand up and more like a comedic one man show, Harvey delivers on his promise of entertaining his audience through schadenfreude.

Catch Matt Harvey at the The Tickle Pit at Rozzi’s. Yes, the venue is a pizza joint. Do with that what you will.

Matt Harvey: I Got Bit By a Monkey Once, The Tickle Pit at Rozzi’s, 157 Swanston Street, Melbourne. Tickets and info: https://www.comedyfestival.com.au/2019/shows/i-got-bit-by-a-monkey-once

3 Science-Backed Ways to Increase Intimacy with Your Partner 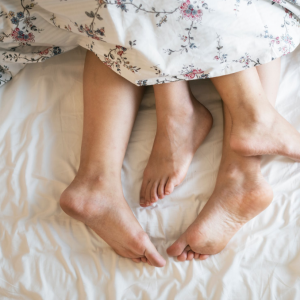 3 Science-Backed Ways to Increase Intimacy with Your Partner

It is so easy to forget about the importance of sex in a relationship, due to various unavoidable factors such as work,...
© Onya Magazine 2009 - 2021
Back to top