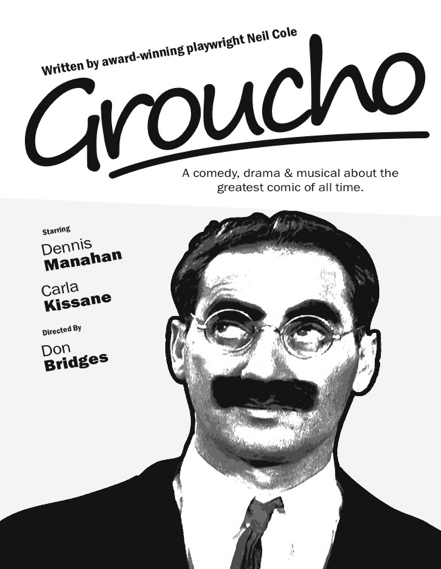 Neil Cole has been toying with the idea of a play featuring Julius Henry ‘Groucho’ Marx for seven years. I can sympathise with the time needed for things to germinate; for seven years I’ve been thinking ‘Wouldn’t it be great if Personal Trainers actually got inside your body and took you for a run while you vegged out and promised not to eat McDonalds in theirs? The difference being of course, that my man NC turned his idea into an enjoyable evening out, while I’m still salivating over French fries and willing myself to go for a run. In fact, Cole is one of those guys that probably achieves more before breakfast than you or I do in our whole lives; currently a Professor at Melbourne Uni, he’s a former lawyer, Member of Parliament and multi-award winning playwright. Take that, Ian Thorpe!

Cole’s latest work, Groucho, running until the 26th of August at Melbourne’s Chapel off Chapel, is billed as ‘a comedy, musical and drama about the greatest comic of all time’. It presents as a series of short, sometimes-singing, sometimes-dancing vignettes chronicling Marx’s life. Dennis Monahan plays Groucho and Carla Kissane plays everyone else; Groucho’s mother, father, brothers Harpo and Chico, Dorothy Parker, a bunch of other famous people, a random ship steward… Playing so many personalities has the potential to be Theatresports gone wrong – Now I’m an… aerobics instructor! – but Kissane slips in and out of characters and costumes with impressive aplomb, she’s a definite highlight.

Other Best Bits? Getting to know the good man. Pre-play when I heard the name ‘Groucho Marx’ I thought ‘moustache’, I thought ‘comedian’ and I thought ‘The Three Stooges’. Corrected, I stand. Marx’s quick, innuendo-filled wit provides excellent and ample fodder for Cole’s work.

Not so good? Slow in patches and the second half stalls.

Barry Morgan (And His Organ) 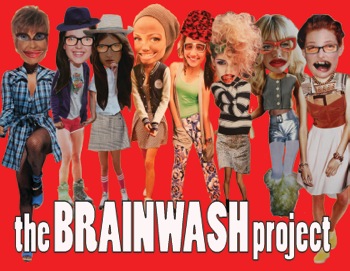 Like any teenage girl I read women’s magazines throughout my years at high school. They were brightly coloured and adorned...
© Onya Magazine 2009 - 2020
Back to top