Every Office Is A Circus! Scott Hollingsworth’s ‘Performance Management’ A Hit!

Every office is a circus! Scott Hollingworth’s all too relatable ‘Performance Management’ is now showing in Prahran.

If you’ve ever worked in corporate, you will find the tongue-in-cheek antics of ‘Performance Management’ both hilarious and all too familiar. The satirical comedy cabaret mocks the different characters and politics that play out in the office every day, which are ingeniously relayed as a circus!

All aspects of the office circus are explored, from the corporate clowns and multi-tasking jugglers, to the water cooler wankers and a cavalcade of cubicle crazies. Drawn from producer, writer and star, Scott Hollingsworth’s extensive real life corporate career in employee management, the show dares to act out the cringe-worthy and non-politically correct scenarios. Those tacit little white lies on a CV, staff chucking a sickie once too often, being on hold to IT forever, and just point-blank unprofessionalism – now, it’s all in the spotlight!

Extended from its original version in 2015, Hollingsworth has included new songs and performances with spoofed hits from the likes of pop icons LadyGaga, Adele and Britney Spears, as well as some cheeky reworks from Disney. Completing the team roster, The Larrikin Lion (Joshua Fielding), The High Flyer (Aerialist– Jessica Robbins) and Sexy Strongman (Murat Yilmaz) join the mayhem for a real3-ring circus.

Northern Territory: One Of 2019's Most On-Trend Travel Destinations 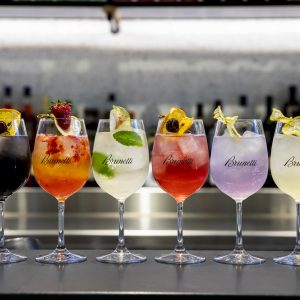 Easily one of Summer’s hottest drinks, the Spritz is an iconic drink which evokes visions of summers in Italy. Light,...
© Onya Magazine 2009 - 2021
Back to top