Christos Tsiolkas, one of Australia’s most prized authors known for works including The Slap and Barracuda, says the collaboration with theatre production has brought his work into a new light.

“I released Merciless Gods because I was confident these stories said what I wanted to say, or created the mood I wanted to convey, or made sense of an experience. But through the theatre process it’s almost like that multiplies.” Tsiolkas said.

The key angles of this reflective piece are the immigrant and queer experiences in Australia, as well as the ideals of what family means in the context of Australia today. Audiences are torn between unforgiving, heartless characters juxtaposed with anguish that begs for sympathy. The emotional rollercoasters surging throughout the eight vignettes will have you laughing and ferociously nodding in agreement, then suddenly sobbing and dabbing at your eyes.

Green Room Award winner and director, Stephen Nicolazzo recounts the day he, Tsiolkas and Giovannoni united together at the pub to discuss the makings of Merciless Gods as a very enriching moment and one he will be forever grateful for.

“Each person who has worked on Merciless Gods is incredibly passionate about both Christos and his voice. It feels like a unique moment in the Australian theatrical landscape where like-minded artists from similar walks of life have come together to share their experience of this country on stage – no holding back, raw and true,” Nicolazzo said.

Merciless Gods is now showing at the Fairfax Studio from 6 – 10 February 2019. Tickets can be purchased here via this link. 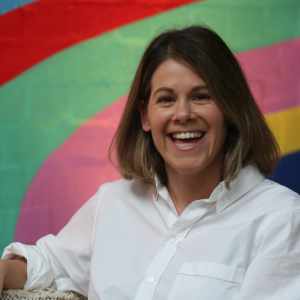 Tell us about Hussh. Hussh is channel for wholesalers and brands to clear end-of-season and excess inventory quickly...
© Onya Magazine 2009 - 2021
Back to top