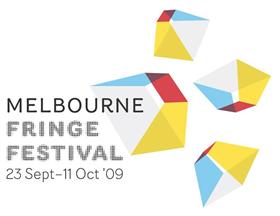 As the Melbourne Fringe Festival’s Creative Producer, Emily Sexton poetically put it; “Fringe is the kind of Festival where you find manifestos… Thought-provoking interventions into the way we perceive comedy, design, circus, dance. The way we see ideas. How we visualise beauty; or understand our relationship with technology.”

Kicking off on the 23rd of September until the 11th of October, the festival will showcase over 300 shows by independent, emerging artists.

Established in 1982, The Melbourne Fringe Festival is a dedicated supporter of emerging talent, almost 90% of which are Melbourne-based. Working closely with the art community, the event prides itself on encouraging the development of art by engaging its audience in its sometimes wacky but mostly interesting shows. By attending the event, you too play the role of further supporting this goal, and not to mention being highly entertained and invigorated along the way.

Carefully picking from the top of the crop, festival-goers can not only expect variety, but some of the best, new creative ideas in the country. Since participants are chosen a few months shy of the festival, one will have the opportunity to gain insight on up and coming art trends – futures styles in the art world determined by the artists themselves as opposed to a small handful of curators.

Standing as one of the few remaining open access festivals, it is exactly this concept of the event that makes it so unique and important. Artists are given full rein to present and create their own show, which covers a multitude of styles ranging from comedy, visual art, theatre, multimedia, film, circus acts, tour shows and many more, scattered all over Melbourne. Discovering the venue of each show is an event in its own right; last year saw several performances unorthodoxly tucked away in basement flats, and even the backyards of houses – very quirky, very cool.

This year is no different. In a few weeks time you may come to realise that art really is all around. So keep your eyes peeled – you never know – you might walk into a lift and find yourself pleasantly blessed with Random Acts of Elevator Music, performed live. Or maybe spot some clones, wandering around the city courtesy of Japanese dance artist, Yasuko Kurono’s provocatively named ‘multiplying’ project, Take Off Your Skin (TOYS).

But if the 300-odd shows seems a little too daunting, head over to program partner, Buzzcuts’ website, where you’ll find some helpful, comprehensive show reviews. Or as Emily Sexton wisely suggested, make it a whole day or night event, “line up an evening of four shows and bounce between artforms.” But don’t forget to leave at least a fifteen-minute gap between each performance, and add to your art knowledge by seeing performances by people you’ve never encountered before. Leaving some room between each show means you’ll have time to consume a few alcoholic beverages, or turn up to the next act on time, not drenched in sweat. The Fringe Hub is a good place to start.

Showcasing over 50 shows, the Fringe Hub – located this year at the Art House’s North Melbourne Town Hall – will feature some freshly squeezed talent including this year’s new instalment, Fringe Furniture, to be found in the stunning Art House Meat Market. At the Hub you may laugh at some comedy acts, be mesmerised by some dance routines, and be perhaps dumbfounded by a few performance pieces. But if mingling is more your thing, I suggest the cosier, warmer surroundings of the Fringe Club. Here, expect 13 nights of free shows whilst you rub shoulders with audiences alike, and even the organisers of the Fringe Festival. There is no doubt that the Fringe Club will be saturated with the aromas of artists, so check it out, breathe it all in – you never know what kind of inspirational ideas you may leave with.

Tickets can be bought at the Ticket and Info Centre at the tram information booth on Elizabeth Street, Melbourne or online at melbournefringe.com.au. Spontaneous, risk-loving humans have the option of turning up at a venue to purchase tickets at the door.

Textiles with the Environment In Mind

By Sandi Tighello The iconic Georges on Collins building, a Melbourne institution since the 19th century, plays host...
© Onya Magazine 2009 - 2020
Back to top