We promise this is not what you think it is (ahem, a rendition of Magic Mike). Ok, yes, this show does feature muscly, scantily clad men, but the sheer talent and comedy will even surprise your partner you dragged along.

After a successful sold-out tour in the UK and raving reviews throughout Europe, Headfirst Acrobats are back in Australia with their new show, ‘Elixir’. Known for their world-class circus and physical theatre performance, the trio present a unique mix of old-school slapstick comedy and breath-taking acrobatics.

Uninhibited by cliché or expectation, Elixir is a tale about three bumbling scientists who also happen to be insanely skilled acrobats. While attempting to formulate the elixir of life, the scientists unintentionally unleash the zombie apocalypse. The mayhem that follows will have you cackling and gasping with death-defying acts, sassy innuendos and of course, the classic zombie anthem, Michael Jackson’s Thriller. 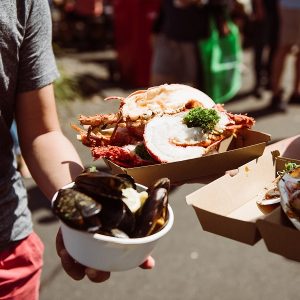 East Gippsland’s growing reputation as an emerging foodie hotspot will be further boosted in the coming months as festival...
© Onya Magazine 2009 - 2021
Back to top