Melbourne comic and writer for The Project, Michael Shafar, returns to the Comedy Festival this year with an hour of jokes you’re not sure you’re allowed to laugh at.

Being diagnosed with stage 3 testicular cancer in 2017 gave Shafar, in his own words, a lot of material, and in those of his doctor, a 50/50 chance of survival.

He assures the audience not to worry though, this isn’t a TED talk.

50/50 is a romp through Shafar’s life post-diagnosis, and explores just how easy it is to make light of a dark situation.

Recurring themes include: hating on that one friend that does triathlons and can’t help but post about it on Facebook, hating on people that run marathons to raise awareness for other people, and just a general disdain for any form of cardio. Very relatable content.

An emotional rollercoaster, this hour of stand-up will educate you on what it’s like to be Australia’s 9th-best speller, the grandson of a Holocaust survivor, and hallucinate zoo animals after a major surgery.

Michael Shafar plays The Boardroom at the Victoria Hotel from now until the end of the Melbourne International Comedy Festival.

If you’re up for a bit of dark comedy, and don’t mind hearing the word ‘testicle’ more times than you can count, go see him.

And if that’s not enough to get your bum in a seat, $2 from the sale of every ticket goes to Cabrini Hospital in Malvern, where Shafar underwent treatment.

Indulge In A Taste Of The Tropics This Autumn: Aussie Custard Apples Are In Season

Have A Fantastic Day Out By Renting A Limousine 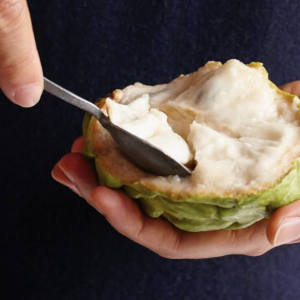 Indulge In A Taste Of The Tropics This Autumn: Aussie Custard Apples Are In Season

The Australian custard apple season has officially begun, with new season produce already available in store. Every year...
© Onya Magazine 2009 - 2021
Back to top