The AFL has announced an All-Australian line up will perform in the Virgin Australia Pre-Game Show at the 2019 Toyota AFL Grand Final Day, with Dean Lewis to play another set at the Premiership Party after the match has finished.

Paul Kelly, arguably Australia’s greatest and most enduring songwriter, will perform for fans ahead of the first bounce on September 28. His legacy embodies Australian culture and he continues to influence up and coming generations of songwriters. Songs from The South, a selection of his popular songs which will be reissued this November, contains many of his songs that are now lodged deep in the Australian psyche.

Currently in her fifth consecutive week dominating the #1 spot on the ARIA Singles Chart with Dance Monkey, Tones and I is set to light up the stage. Originally from Melbourne’s Mornington Peninsula, Tones and I has taken the Australian music industry by storm. Following the release of her debut Platinum single, Johnny Run Away, Tones and I blasted onto the music scene with her follow-up single, Dance Monkey which is Double Platinum reaching number one on the Australian, Danish, Finnish, Irish, Norwegian and Swedish singles charts, not to mention #1 on global Shazam chart & with 100m streams in the past month . Tones and I’s debut album The Kids Are Coming was released last Friday.

Fans not attending the Toyota AFL Grand Final can gain entry to the free Premiership Party to enjoy Dean Lewis’ set and the presentation of the 2019 AFL Premiers from 6:45pm on Saturday September 28 via the lawn opposite Gate 2.

AFL CEO Gillon McLachlan said it was exciting to have a host of the country’s best homegrown musical talents take part in the biggest day on the Australian Football calendar.

“The Australian music industry is as diverse and as strong as it has ever been, so to be able to have all these talented artists be a part of Grand Final day is fantastic,” Mr McLachlan said.

“Australian performers who have broken through on the global stage mixed with award winning artists and some of our most well-loved and well-known songs will be sure to make the 2019 Toyota AFL Grand Final a memorable one.” Music segment producer Michael Gudinski said, “people have been asking for an All-Australian Line- up and I believe it is great that we have such diverse artists that cover a very wide audience.”

Australian country musician and multi-award-winning singer-songwriter, John Williamson AM will perform his iconic rendition of Waltzing Matilda. While football favourite, Mike Brady AM will perform his ever-popular anthem, Up There Cazaly. Season 2019 marks the 40th anniversary of Up There Cazaly, following its chart-topping success in 1979 where it once held the record as best- selling Australian single.

Virgin Australia Chief Experience Officer Danielle Keighery said, “Music is at the heart of the Virgin brand so it’s fitting that Virgin Australia can fly in some of Australia’s best musical acts to add to the excitement of this spectacular sporting event.”

This year’s Toyota AFL Grand Final will once again see an array of activities throughout the day involving various members of the Australian Football community, the farewell to retiring players along with a host of other football identities.

Half-time of the 2019 Toyota AFL Grand Final will be devoted to the twenty-two 2019 NAB AFL Auskicker of the Year nominees who will showcase their skills on the biggest playing stage of the year, before presenting medals to the 2019 Premiership players.

In addition, fans can soak up the atmosphere at the 2019 Footy Festival which will be held from Wednesday September 25 during Toyota AFL Grand Final Week until Grand Final Day in Yarra Park outside the MCG’s Gate 3.

Making It Work For Everyone: Breaking Up When There's Children Involved 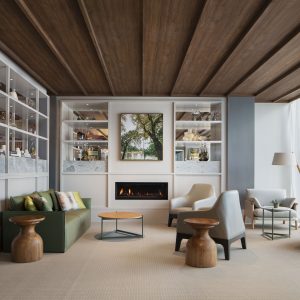