One Flew Over The Cuckoo’s Nest

Any portrayal of One Flew Over the Cuckoo’s Nest will inevitably succeed or fail depending on its capacity to explore the relationships that form within the world of a suppressive psychiatric hospital. In particular, the extrapolation of the rebellion so central to Randell McMurphy and the calculated subterfuge of Nurse Ratchet must take place in order to form the nexus of a world in which concepts central to State suppression, rebellion and mental health can all be illuminated and explored.

Unfortunately, the Human Sacrifice Theatre fell short of exploring the depth of these relationships and consequently failed to extrapolate the key questions at the core of this classic story of resistance against the State and individual rebellion. The chief concern I had was that the performance of the key characters failed to form the critical bond necessary for the story to come alive.

It is one of those occasions where, even to praise the acting of various performers in smaller roles would not cure the conspicuous vacancy of the required dynamic between key performers. The flow on effect was a rather humorous yet underdeveloped depiction of a story which should have made audience members tremble at the disembodiment and destruction of a free spirit in the realms of an authoritarian and brutal State institution.

McMurphy requires a heightened masculinity and inner strength in order to inspire the other members of the ward to follow, even blindly, the example he was setting. Unfortunately, this raw strength was lacking at times and the glimpses of it only served as a reminder of the omission of this necessary ingredient required to tell the story of One Flew Over the Cuckoo’s Nest.

Admittedly, the play at times revealed the character of Chief as protagonist, as we followed his internal journey towards liberation. However, if he was the chief protagonist, it was not clear and it did not translate to me, at least, that it was his story that we were hearing. This inability to specify a protagonist resulted in the creation of two rather diluted protagonists, neither of whom effectively carried the story.

Attempts to link Indigenous issues to the plot I believe only added to this general confusion of what the play was actually about. Despite its visual beauty, the use of media to illuminate the awakening of Chief was a cheap substitute for a concept which should have been transferable to the audience with greater subtlety.

This was, overall, a case of too many ingredients in a simple and beautiful soup. The key components of the story were diminished by the importance attached to cheap gags, Indigenous issues and an under-baked sexual tension between Ratchet and McMurphy. The true focuses of the story; individual liberation, State suppression, rebellion and the definition of mental illness in modern society, were not explored with enough creativity or conviction.

It was certainly an enjoyable experience to see the play, and it would be unfair to say that Human Sacrifice Theatre didn’t attempt to bring a fresh and energetic life to the story. However, by ignoring the importance of those key relationships and themes, the play cheapened itself somewhat and lost track of why One Flew Over the Cuckoo’s Nest is such an important story.

The actors are an incredibly professional outfit and individually, some performances are brilliant, but as a group, their isn’t unity or understanding which elevates the story. My overall opinion is that the play suffers from lack of clear direction.

One Flew Over The Cuckoo’s Nest at Chapel Off Chapel, Melbourne, until 11 December 2011

She Came For The Adventure And Stayed For Love

I saw the play a couple of days ago. As someone who has suffered from extreme bi-polar, and had his life saved by ECT, (“shock therapy”) I can’t believe how stupid this play is. ECT ceased being used in a brutal and non-consential manner in the 1940’s in the USA. Lobotomys ceased being used at all much ealier. So, the whole premise of the play is dumb anyway. This aside, it is made even more stupid by Human Sacrifice- a name well worth while, because they haven’t explored anything to do with relationships or mental illness, and are willing to sacrifice everything that we now know about mental illness, including steps forward in its stigma etc… for this interpretation that is even more repugnant than the original. Because yes, as the reviewer notes, in its original, even though it may be historically inaccurate, it is nevertheless an exploration of sexual tension, human beings, and a metaphor for the way in which American “culture” raped the souls of native American indians. To simply “replace” this native American with a koori must be the most insulting thing I’ve ever seen the arts do for either race… They are not the same people. They do not have the same past. To put all indigenous people in the same basket, is just the same as putting all mentally ill people in the same category. This is a uniquely (though flawed) AMERICAN work that was originally a novel. Despite my reservations about the bad press it gives ECT (when used ethically of course!), the novel was an enjoyable read because the relationships were real. I accepted that “oh well, it’s set in a mental asylum – one that would not really exist at all in the period of the 60’s when the novel was written- but it’s poweful nontheless. Having lived in the USA for 20 years, and knowing its culture exceptionally well, I accept the novel as one that uses the metaphor of an (albeit unrealistic) asylum to explore the dynamics of power, individualiasm, the American dream, the state versus the people etc…. in an intelligent manner that deeply anda profoundly DOES understand AMERICA. Dumping Americans and Austrlians in the same basket, as this company does, is just another symptom of its obvious stupidity. We are not Americans and this play- unlike some plays that can be transferred into non-specific or Austrlian settings- makes NO SENSE outside of America. I think that is the problem at its core. The relationships CANNOT work, if no one in the company understands or respects their culture and content. These are not Austrlian characters. The ordarlies make no sense unless they are black. It’s as though someone wanted to do a well known play so that people would come- one of the stupid cuckoos being me- rather than looking at what the play really needed to do service to what does work within its writing. The writer would surely be pissed off and I can’t help wondering if the company requested permission to make these changes… 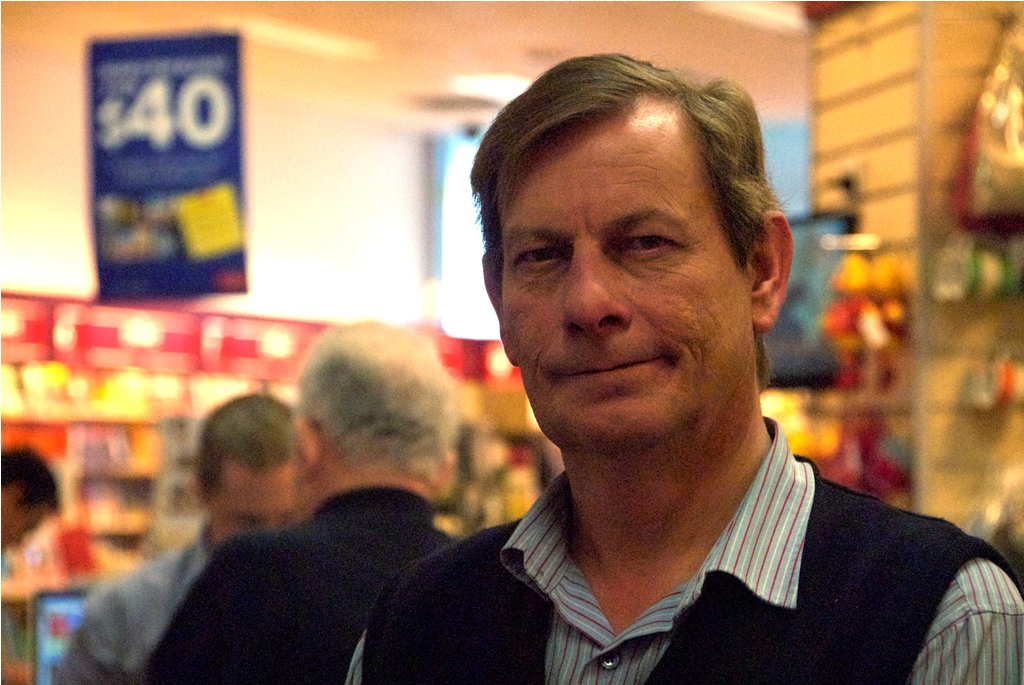 Australian retailers are making the best efforts to fight the post-recession sales slump with an innovative new campaign. A...
© Onya Magazine 2009 - 2021
Back to top