The 28th Melbourne International Comedy Festival program launch was held this morning at The Toff In Town, located in the beating heart of the Melbourne comedy scene.

Emceed by the brilliantly funny and cheeky Joel Creasey, the 2014 Festival Program was officially unveiled with the full program available on the comedy festival website.

From 26 March  – 20 April, punters from across the nation will flock to Melbourne for three and a bit weeks to see more than 478 shows performed in more than 100 venues totalling more than a whopping 6500 performances throughout the festival.

With a smorgasbord of shows featuring everything from adult- friendly puppets to gay rock gods, gimps to comedic rappers, German drag, sight gags for perverts and even your favourite comedians in a wrestling match, the 2014 Comedy Festival will be the biggest one yet.

An annual hit of the festival are the 24-plus special events including The (Very) Big Laugh Out, the Festival’s free outdoor program funded by the Victorian Government, which will return to Federation Square and City Square featuring talented and thrilling international acts.

This year the festival will transform new spaces into comedy hubs, with new rooms in ACMI, Trades Hall and Melbourne Town Hall.  The festival is also proud to welcome back the much loved and iconic Famous Spiegeltent to a new location, smack bang in the middle of Fed Square, housing comics, a kids program, as well as Comedy Mid-Air, an exhibition featuring cosmic moments of comedy, mid-flight and mid-funny by festival photographers Jim Lee and Stano Murin.

First launched by the late, great Peter cook in 1987 with just over 50 shows in 33 venues, the Melbourne Comedy Festival has grown into one of Australia’s most well-known and loved annual events, now a launching pad for major local and international comedians. 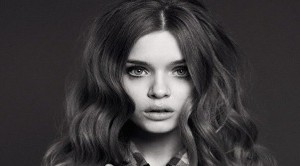