If You Like Funny, Dirty Stand Up, You’ll Enjoy Jez Watts at MICF

In Jez Watts’ own words, “if you like funny, dirty stand up”, you’ll enjoy Absolute Zero.

In Watts’ MICF debut, he fuses punchy, gritty comedy with music and self-deprecating anecdotes like his $18,000 debt to his girlfriend.

Off the back of touring Edinburgh, Adelaide, Melbourne, Sydney and Perth, Watts has put together a highlight reel of his best bits of the last four years for his Comedy Festival inauguration.

The former-soldier, -husband, -neuroscientist and -drug addict (his words) will have you at both times laughing and feeling concerned at his tribulations (of which there are many).

An ode to Reggie Watts in the form of an improvised song made on a loop station is a funny, musical reprieve from bits about crippling debt and being prescribed animal antibiotics.

Despite his seemingly gruff exterior, Watts has an earnest and genuine spirit, with a backstory that will leave you feeling happy to have bought a ticket (because the fee will go straight to paying off his debt). 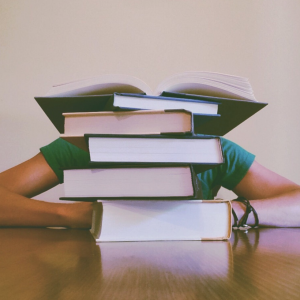 Study can be very rewarding — but at times it can also be mind-numbingly boring too. So whether you’re already...
© Onya Magazine 2009 - 2021
Back to top