And The Helpmann Award Goes To… The 2015 Winners Revealed 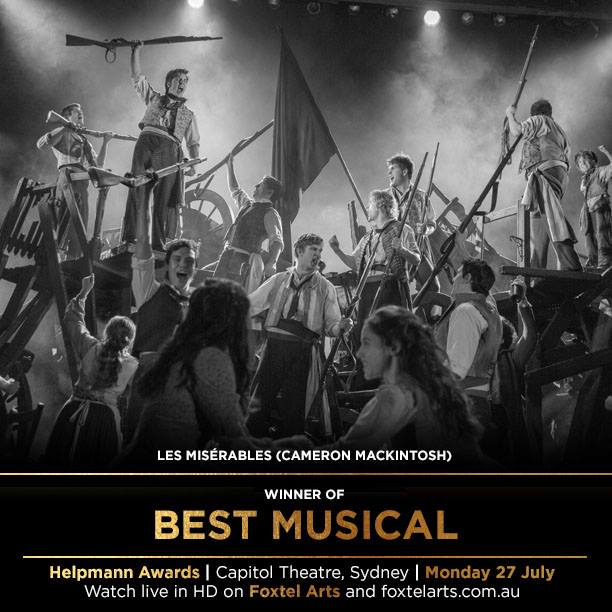 The winners of the 2015 Helpmann Awards were announced last night in front of a full house at a star studded ceremony at Sydney’s Capitol Theatre hosted by Australian favourite, Todd McKenney.

Live Performance Australia (LPA) Chief Executive said the breadth of winners, nominees and performances at last night’s ceremony highlights the world-class creative and artistic talent we have here in Australia.

“The Helpmann Awards recognise the outstanding achievements of the many people whose skill, passion and commitment continues to put Australia on the world map for live performance excellence,” said Ms Richardson.

“On behalf of the Helpmann Awards and LPA, I congratulate all of tonight’s nominees and winners whose talents serve as an inspiration to the live performance industry and audiences alike.” 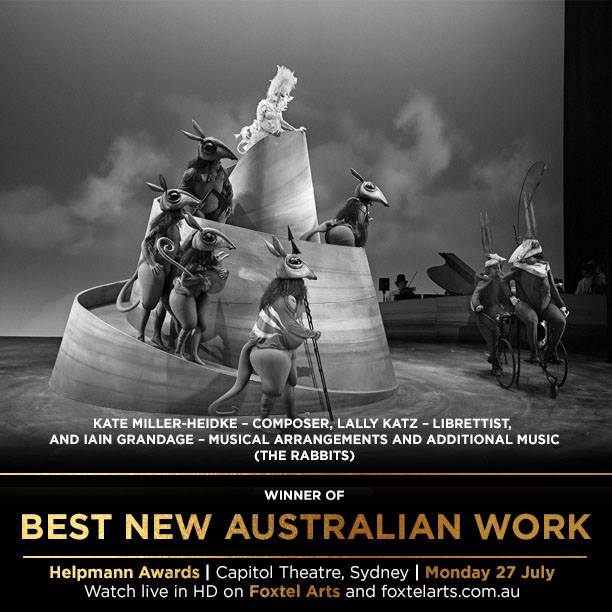 Cameron Mackintosh’s Les Misérables, which received the most nominations in the 2015 Helpmann Awards took home an impressive 5 Helpmann Awards, including the hotly contended award for Best Musical.

Other big winners on the night included Brisbane Baroque in association with QPAC’s Faramondo (5 Helpmann Awards) and The Rabbits (Opera Australia and Barking Gecko Theatre Company co-production in association with West Australian Opera, commissioned by Melbourne Festival and Perth International Arts Festival), which took out all 4 awards it was nominated for.

Helpmann Awards host, Todd McKenney brought the house down with a powerful performance of “I Am What I Am” from the Tony Award winning production of La Cage aux Folles and Victorian Opera’s Sweeney Todd took the audience on a dark and twisted musical experience.

Clare Bowditch and the Paul Kelly Band also payed homage to this year’s JC Williamson Award® recipient, Paul Kelly, by performing his single from the 1995 acclaimed album of the same name, “Deeper Water”. 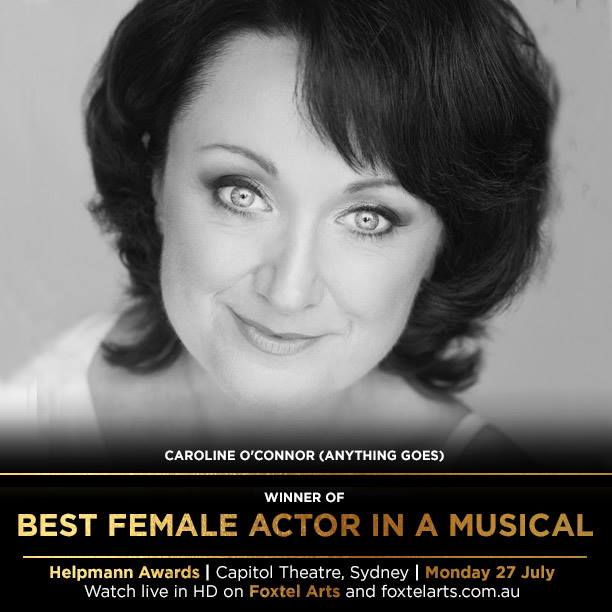 Australia’s foremost illusionist, Cosentino – The Grand Illusionist brought some magic to the stage and a moving performance by the Australia Piano Quartet accompanied the In Memoriam segment of the show.

Foxtel Arts subscribers are able to view an exclusive encore screening on Thursday 30 July at 9.40 pm and Saturday 1 August at 3 pm.

The Helpmann Awards are proudly supported by the New South Wales Government, through its tourism and major events agency, Destination NSW.

A full winners list for the 2015 Helpmann Awards can be found at www.helpmannawards.com.au. 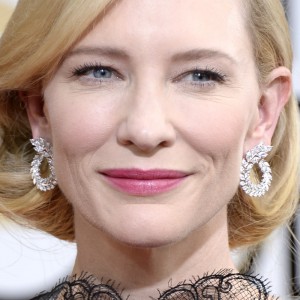 Blanchett’s Stateless is one of 23 film and TV projects that Screen Australia has today announced will receive development...
© Onya Magazine 2009 - 2021
Back to top