Parrtjima – A Festival in Light will again dazzle Alice Springs in spectacular style in 2020, with a new program of immersive Aboriginal artworks, light installations, guest talks and live music performances set to enthral visitors to Australia’s Red Centre from 3-12 April.

The free public festival is the only authentic Aboriginal light festival of its kind in the world, proudly bringing to life the stories of Australia’s oldest living culture through technology, music, storytelling and art, set against the incredible MacDonnell Ranges – a 300-million-year-old natural canvas.

Award-winning Indigenous singer-songwriter Dan Sultan will perform his signature soulful flair and rich roots and blues music under the vast desert skies of the Red Centre on Friday 3rd April.

Sultan will perform alongside some of Australia’s most exciting performers including iconic Australian earth sound band OKA, and a range of Australian performers and voices as part of a series of soon-to-be announced music, talks, films, and workshops to be held in Alice Springs Desert Park and the CBD’s Todd Mall.

Renowned curator and First Nation’s Adviser to the festival, Rhoda Roberts AO, returns for a third year, alongside creative consultants and producers AGB Events. The result is another showstopping event that will combine new light installations with art, music, workshops, talks and ideas to bring to life the stories, sounds and rhythms of Central Australia – all held in Alice Springs, Mparntwe, home of Arrernte people.

“Parrtjima will continue to tell Aboriginal stories rooted in the past; a past when the Red Centre was almost entirely covered by a vast sea populated with marine life. It is this connection to water, kwatye; the six seasons of Country; and to the sky, stars and moon which will be explored throughout this year’s 10-night festival,” said Roberts.

“The installations and light show capture the essence of diverse artistic practices, along with an incredible program that features music, film and talks, enhancing the many ways in which Aboriginal artists, performers and custodians celebrate and evolve, while staying true to the ancient philosophy of connection and Country.”

This year’s theme is Lifting Our Spirits, which highlights the festival’s focus on lifting the spirits from the work of artists, old and new, to the spirit of this year’s audience.

New installations to this year’s festival include Werte (pronounced woord-da), which is inspired by local Arrernte artist Kumalie Kngwarraye Riley’s painting of concentric and lineal meeting place symbols which are integral to Central Desert artworks. This installation takes visitors on a journey though Alice Springs Desert Park and past an ethereal glowing sphere, Grass Seed, suspended three metres overhead in the air – the epicentre of the artwork.

Visitors will then branch off to explore other elements ofWerte, including Alatye (Bush Yam), reinterpreted into a dramatic four-metre high flower, and Emu Laying Eggs at Night – a towering eight-metre high emu-inspired artwork which encapsulates the colours of Country and the artist’s home in Alice Springs.

New to 2020 is a series of talks, Deep Listening, with a line-up of contemporary speakers and topics to be hosted in the Desert Park Cinema together with a program of films from Aboriginal filmmakers. Local storytellers will inspire visitors in Fire Stories hosted at Todd Mall, as well as an amazing line-up of cabaret, live music and workshops showcased on the Todd Mall stage across the festival period.

In addition, Parrtjima organisers have planted the seeds for a dedicated youth program that will grow over the years. Young people will be given an opportunity to produce designs for Todd Mall lighting effects and Parrtjima t-shirts. The work of emerging young artist Lachlan Dodds-Watson will also be displayed in Werte.

“We’re focused on fostering the next generation of artists, working with them to represent their own visions of art and culture in a contemporary way,” said Roberts.

Northern Territory Major Events Company Director Engagement and Culture Paul Ah Chee Ngala said Parrtjima is a festival for people from all walks of life and generations, welcoming visitors through a tangible connection to Country with contemporary Aboriginal art and culture.

“Parrtjima is an opportunity for all Australians to be immersed in a rich and ancient heritage and we encourage visitors to come and experience a festival that connects us all through story, art, landscape and light.

“We are immensely proud that Parrtjima continues to raise the profile of Aboriginal artists, immersing visitors in the art, culture and people of the Red Centre for a unique taste of Central Australia,” said Ah Chee Ngala.

Festival favourites Grounded and the spectacular lighting of two kilometres of the MacDonnell Ranges return in 2020 with new illuminations immersing visitors in the stories, symbols and knowledge of Aboriginal culture.

Additional installations include a dedicated children’s space which will truly delight and engage, and beautiful lighting effects in Todd Mall.

An expanded program of events, including live music and artist talks will be announced in coming weeks. 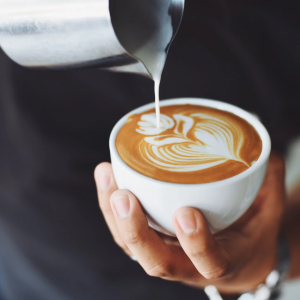